The 20th, the temple and the church 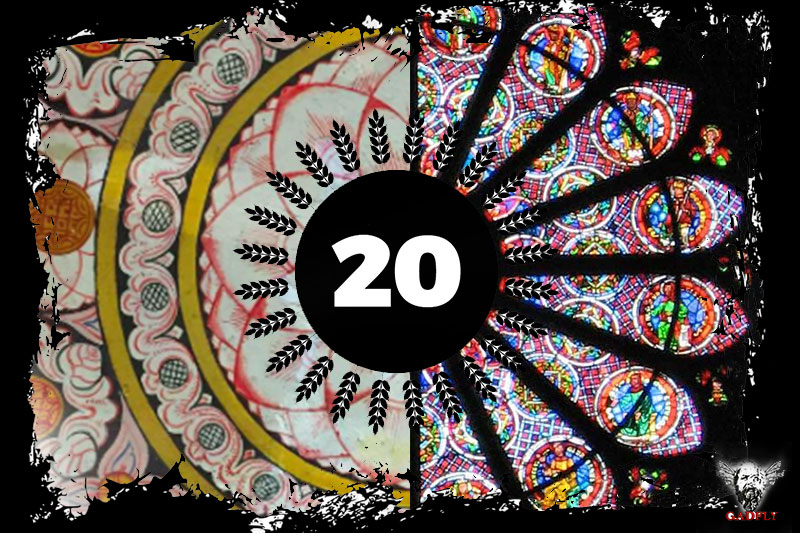 The 20th (Amendment) has made for lots of stories. And most of the stories are created by people behind the screen, on the other side of closed doors. We see only the narrators, not the scriptwriters. Cat’s paws.

For example there’s a set of monks who had by and large gone about their lives peacefully suddenly being pushed to comment on the 20th. And this without any go-ahead from the Mahanayakas. In fact, the Mahanayakas were in the dark.

It doesn’t take much to recognize the hand of Rev Omalpe Sobitha in all this. And that, ladies and gentlemen, means that Patali Champika Ranawaka is pulling the strings from somewhere. We don’t need the CID to figure this out.

And the same can be said of the high priests of the Catholic Church as well.

If one were to peep over the walls or maybe step out of the gates of temples and churches, it will become very clear that there’s absolutely no discussion about the 20th among the masses. Those contracted to raise alarm over the 20th know this. They are not surprised.

Now if there have been 20 amendments to a constitution then it means that the constitution itself is problematic.

What’s important obviously is neither the constitution nor amendments to it but the person who implements it.

The country has been led by J.R., Premadasa, Chandrika, Mahinda and Maithri (Ranil?). Gota is the present leader. Everyone knows how each of these leaders ruled the country.

There were no questions raised about the independence of the judiciary when J.R. sent thugs led by Kalu Lake to the residences of judges who had delivered a verdict against him. The judges were hooted, but there was no talk of disrespecting the judiciary or subverting its independence through threats. If such a thing happened today, the temple+church gangs who’ve suddenly found their voices would be up in arms.

When J.R. got some Peradeniya University students to surround the Rajopavanaramaya, Getambe, hoot the monks and finally erect a barbed wire fence around the temple, democracy did not suffer a single scratch. If anything like that happened today the temple+church gang would be ‘picketing’ on the streets.

Neville Samarakoon, the Chief Justice from 1977 to 1984 was unceremoniously removed from his post after criticizing J.R. That too was democracy in action.

Premadasa slaughtered approximately 60,000 youth. A stellar act of democracy, that. He gave tigers weapons and cement. He ordered police officers to surrender to terrorists. The high priests of democracy who rant and rave today were nowhere to be seen then. The church was silent, then.

So should we dilute this constitution further? Well, it was the yahapalana regime that turned it into a limp document. The  yahapalana regime was essentially an affair that yoked a cow to a buffalo. The way those then in charge of national security offer evidence regarding the Easter Sunday attacks amply demonstrate what kind of clowns they were.

The yahapalana regime was crippled. Self-crippled. It was essentially akin to a moron upon seeing an anti-personnel mine deliberately stepping on it.

It was the yahapalana regime that brought the 19th. Now can the temple+church gang detail the virtues of the 19th?

What does this temple+church gang have to say about that member of the ‘independent’ Elections Commission appointed as per the 19th pleading court that elections not be held and thereby stripping himself naked?

D.B. Wijetunga ruled the country with full executive powers at his disposal. Was there any report however trivial of any intimidation of any media person during his tenure?

On the other hand, let’s assume (for the sake of humor) that Ranil Wickremesinghe had become the executive president of this country. In such a situation, the fate of the country wouldn’t be different from what befell the UNP. It would be impossible to unseat President Ranil Wickremesinghe.

The 19th made for impotent rulers and an impotent state. Obviously the temple+church gang which includes their fellow-travelers in NGOs would love this to become a spineless, can’t-do-anything country.

The people do not want such a nation. This is what they emphasized with 6.9 million votes.

If what we needed was a pothola (snake-gourd) government it wouldn’t have been necessary to chase out the yahapalana regime and elect a new government.

The 20th is not a panacea for all ills. It is a sticking plaster.

What is needed in the long run is a constitution that suits the country.

[This is the English translation of an article published in www.theleader.lk]