The 19th, 20th and Judicial appointments 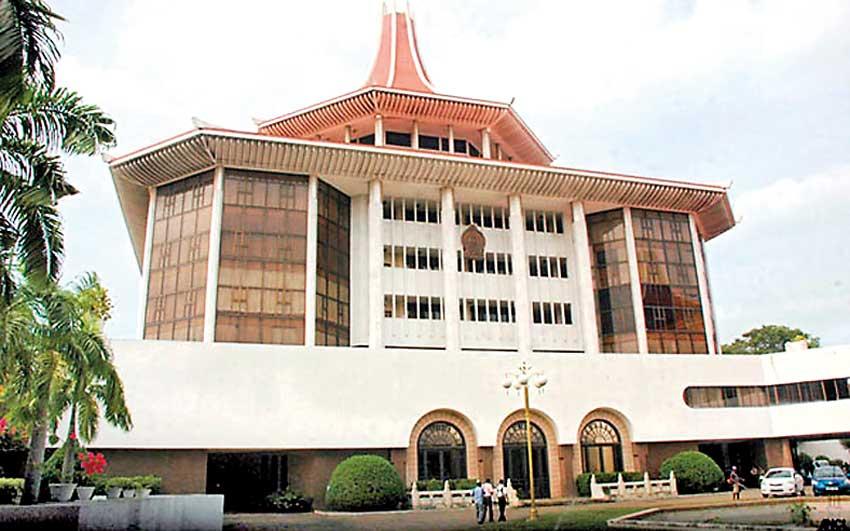 Draconian. Dictatorial. Authoritarian. Hitler-like. These are the words that were used when Gotabaya Rajapaksa first announced the decision to contest, throughout the election campaign and even now, as he approaches one year in office.

Interestingly, the Colombot Twitterati understandably disappointed by the fact that their outcome preferences did not materialize, are the chief purveyors of this characterization.

They were dead silent when the 19th Amendment was proposed, tinkered with (while giving the Supreme Court the proverbial finger) and passed with
a) absolute disdain for established parliamentary procedure, and
b) full of partisan content. It was a classic case of how constitutional amendments should not be done.
And yet, they talk of the 20th Amendment, recently passed, as though it essentially repealed the 19th and reverted to the arrangement brought about by the 18th.

No mention of term limits being retained. Nothing on the Right to Information Act being retained. The non-issue of auditing processes has been raised. The SC ruling on the many objections they’ve raised is ignored.

And yet, it’s draconian, dictatorial, authoritarian and Hitler-like. To support this incredible thesis, they bring up the doing away of the Constitutional Council and replacing it with a Parliamentary Council, mandated to do the same job, essentially overseeing appointments to various independent commissions. This, they tell us, will make the RTI useless. This would wreck the independence of the ‘Independent Commissions’ (which, they won’t tell you, weren’t independent at all but were chock full of party loyalists).

We had seniority being brushed aside to promote loyalists from the lower courts or else shift people from the Attorney General’s Department. Did the aforementioned Twitterati cry foul? No. Did the Constitutional Council offer any justification for the recommendations made? No. In fact, the Constitutional Council, in those five years, made a mockery of the very spirit in which it was established, at least in word since ‘deed’ was marked by rank incompetence and partisan intent.

Contrast all this with the names that President Gotabaya Rajapaksa has recommended to be appointed to the Supreme Court: Dilip Nawaz, Kumudini Wickremasinghe, Shiran Goonaratne, Mahinda Samayawardena, Achala Wengappuli and Janak De Silva.

They are the most senior judges outside of the Supreme Court. Most of them have had impeccable records in judicial practice unlike some of the beneficiaries of yahapalana largesse. This is a reverting to meritocracy and a move to fulfil a long-felt need.

Is it because of the 20th? Well, yes and no. Yes, because the 20th has empowered the president. However, the president could very well have done, say, a Ranil Wickremesinghe in this instance.

The Parliamentary Council which, unlike the Constitutional Council, is accountable to the people, would have probably gone along. As things stand, practically speaking, it is unlikely that the Parliamentary Council would go against the president’s wishes in this matter, for two reasons. One, because of the political affiliation of the majority of members.

This is not a good thing. Two, because, I would be silly at this point to object to an affirmation of meritocracy. That is a good thing but at best a fortuitous situation. Ideally, the Parliamentary Council should come up with definite procedural rules regarding all appointments.

Ideally, these rules should completely separate the Attorney General’s Department from the courts. That’s something for those drafting the new constitution to think about. Let me elaborate.

Consider the following questions: Check the career paths of the last 10 Chief Justices — how many of them held the position of Attorney General? Who appointed them? What was their track record in the AG’s Department in cases where high ranking politicians were involved? What kind of determinations did they give when opinion on constitutional matters was sought? How did they perform when they held the office of Chief Justice?

We have a situation where the AG’s Department is a veritable half-way house for those who aspire to serve in the Supreme Court. This can be correct. It cannot be impossible to set up systems where law students well versed in all aspects of the law can if they so wish and satisfy relevant criteria can either choose to represent clients or hear cases. Such systems could have inbuilt mechanisms that facilitate the acquisition of knowledge and relevant experience. The Colombot Twitterati could go to town on the British system in this regard. They didn’t during the Yahapalana days and they are unlikely to do so now.

For now, however, we have an unprecedented and indeed against the grain (as per the preferred narrative of the president’s detractors) statement of purpose. Gotabaya Rajapaksa has waived the power to do what his predecessors have done, i.e. fill the Supreme Court with buddies, either from the Appellate Court or from the AG’s Department. He has, instead, clearly reaffirmed the importance of power-separation and indicated beyond all shadow of a doubt that the independence of the judiciary is important to him.

He is insisting on meritocracy and now the onus will be on the President to apply the principle across the board. It’s about formulating guidelines for appointment and promotion. The Parliamentary Council can do this and moreover, a new constitution could give direction as well — it would be a big step forward in ridding the country of the vile culture of buddy-administration.

Now. Let’s shout out to the Colombots. Will you raise a cheer for Gotabaya Rajapaksa for correcting the horrible and indeed deliberate mistakes of your friends in the Yahapalana Government, the boys and girls who wine and dine with you? Will, you now say “adey….this man is making us look like bloody fools…damn it, he’s making our guys in the Constitutional Council look like the morons and political lackeys that we never wanted to admit but they were but instead disguised them as saints…maybe pinning the ‘Civil Society’ badge was a mistake because they tossed it into the Diyawanna forthwith…”

So, okay, Mr President, good move. Good, but not enough. Let’s see meritocracy institutionalized. Good start but you have quite a ways to go still. As for your detractors, poor souls, maybe this will teach them a thing or two and even make them flip the pages of the American Heritage Dictionary for the meanings of the following words such as dictator, dictatorial, autocrat, authoritarian and draconian. Good luck to them!