Thanks goodness for Omicron! 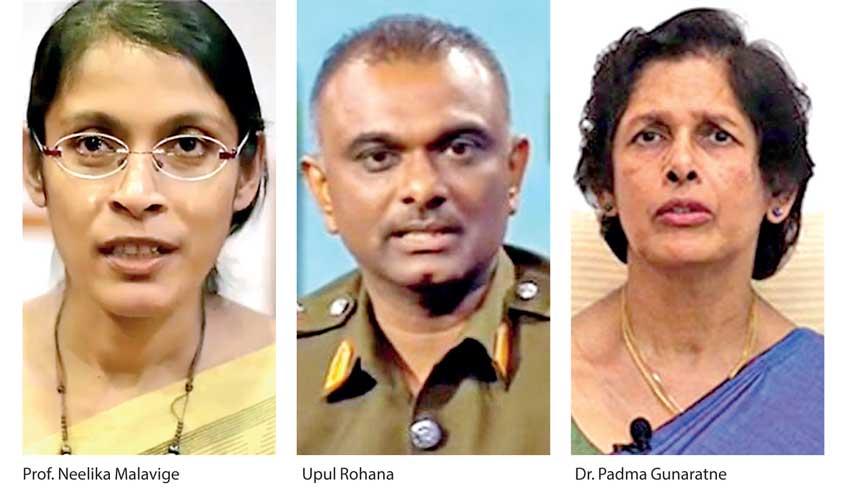 Am I being flippant about something that is of serious concern to the health of the economy and the well being of the citizens? No. It’s sarcasm. Unfortunately, it needs to be labeled for the benefit of those who spin doom’s day scenarios with the unabashed objective of living in political territories closer to their hearts.

Am I being flippant about something that is of serious concern to the health of the economy and the well being of the citizens? No. It’s sarcasm. Unfortunately, it needs to be labeled for the benefit of those who spin doom’s day scenarios with the unabashed objective of living in political territories closer to their hearts.

Pandemics are not for celebration. Covid-19 has taken an immense toll on one and all. It has crippled economies across the globe, a fact largely ignored by those who believe that bad times are a Sri Lankan preserve. The virus itself is evolving and scientists are struggling to keep pace. The world is better prepared in terms of people being well acquainted with basic safety protocols but there is still a considerable knowledge gap.

The pandemic has, as mentioned several times in this column, spawned innumerable epidemiologists. Remove the rhetoric, remove the commonsensical that does not warrant media conferences but nevertheless takes up much space in statements and news reports, and we have ‘better safe than sorry,’ or ‘prevention is better than cure.’

So why this ‘flippant’ title, then? In a word, politics. Ominous were the signs, ‘apocalyptic’ were their readings, especially from those who had political axes to grind (read this as ‘reduced political circumstances with respect to achieving preferred political outcomes’). Pundits expected health officials and the government to fight way above their respective weights in a world in which even the WHO and top scientists acknowledged being flummoxed by the virus.

The arrival of the virus was celebrated (yes, considering the unholy salivation!) as evidence of incompetence. Then there was talk of inability to obtain the vaccine. Then there were whispers about the efficacy of the Sinopharm Vaccine. Then there were questions about the entire population not being vaccinated. Lock-downs were insisted upon, followed by dire warnings about impact on the economy, food shortages and such, followed once again by calls for restrictions. In short goalposts were constantly shifted. It’s an easy game. It’s a political game.

People are concerned as they should be. Organizations too. For example, Dr Padma Gunaratne, President of the Sri Lanka Medical Association (SLMA), regularly issues public statements which are essentially directed at the general public. The SLMA has, I’ve learned, frequently offered advice to health authorities. Recently, after the detection of the Omicron variant, Dr Gunaratne said that all precautionary measures should be taken to ensure the new variant does not enter the country. She acknowledged that such measures have already been taken. She added that there is no guarantee that the variant would not arrive. She was proven right — an Omicron case was detected a few days later.

What can we conclude here? The best precautions cannot guarantee that variants will not enter, whether it is Omicron or the variants that came before or those into which the virus may mutate in the future. Now if we look back, what can we make of those who made a song and dance about government-failure in keeping variants away from Sri Lanka? Where they ignorant or were they wishing for disaster in anticipation of possible political rewards?

What is interesting about Dr Gunaratne’s (and of course the SLMA’s) statements is that they consistently appeal to the public to adhere to safety protocols including vaccination. The last echoes the views of Dr Chandima Jeewandara, Director of the Allergy, Immunology and Cell Biology Unit of the University of Sri Jayewardenepura, who said it was vital for the eligible personnel to obtain the booster dose as well to face the new variant.

And yet, it’s the commonsensical by-the-ways that get media play: ‘Omicron: non-entry into country cannot be guaranteed!’ Upul Rohana, head of the Public Health Inspectors’ Union gives it a sexier twist: ‘there are many loopholes through which the new variant could enter the country.’ Dr Gunaratne doesn’t talk of loopholes, a word that implies incompetence. She’s essentially preambling as follows: ‘despite the best efforts of one and all…’ Not enough for ‘Doctor’ Rohana, no. He has to script in something sinister. No caveats such as those offered by doctors and health experts.

For example, Dr Gunaratne stated, ‘Experts are of the opinion that the new variant is more transmissible than previous versions of the virus, and that it may be able to bypass certain levels of immunity. However, these theories are not yet proven to be true.’ Prof. Neelika Malavige, Head of the Department of Immunology and Molecular Medicine at Sri Jayawardenepura University echoed, ‘Sri Lankans should not worry about the new Covid-19 variant – Omicron – but rather should continue with the immunization program and follow strict health guidelines recommended by the World Health Organization (WHO) as they were of vital importance.’ The WHO’s chief scientist Soumya Swaminathan said ‘the new coronavirus variant Omicron appeared to be very transmissible, the right response was to be prepared, cautious and not panic.’

Panic, however, seems to be what the likes of Rohana are aiming for. After the first Omicron case was detected, he howled that the Health Ministry had not informed his union. Why should anyone keep unions informed? PHIs, perhaps, but unions? Director of Technical Services of the Ministry of Health, Dr. Anwar Hamdani stated that protocols were followed after the detection. Dr Hamdani stating that there’s no cause for alarm, did acknowledge that PHIs should have been informed by relevant MoH officers. So what do we have here if not lapse on the part of MoH officers. That warrants a media conference? Seriously!

The consensus medical opinion is that there is a knowledge-gap. Even the efficacy of the vaccine is being questioned. Talk to ten ‘experts’ and you’ll probably get several opinions about the behavior of the virus and ways of combating it.
Here’s an example. Hong Kong based virologist Professor Malik Peiris, recipient of the 2021 John Dirks Canada Gairdner Global Health Award, states (the obvious): ‘it is sensible to act with caution.’ The primary aim, he says, should be to avoid this virus getting into the country. Anyone can tell you that. Then comes this: ‘Detecting it after it has got into Sri Lanka will be too late, as we saw with Delta.’
Wow! Wow! Wow! Detection is only possible after entry, is it not? So ‘too late’ (in the case of detection) goes without saying. Wait. Didn’t Dr Gunaratne say that entry is inevitable?

So there you have it. People like Dr Gunaratne act responsibly, communicating or rather reiterating a message we all know but is conveniently forgotten by some and offering advise to health authorities. We have the Rohanas, spoiling for a fight (or is it some media-boost). We have the likes of Prof Peiris, again stating the obvious, but making for all kinds of media spin. And we have the media or rather certain sections of it, silent for quite a long time suddenly being titillated by a new variant, never mind obvious uncertainties and never mind the obvious irresponsibility of effectively urging one and all to press the panic button.

malindasenevi@gmail.com.
www.malindawords.blogspot.com.
[Malinda Seneviratne is the Director/CEO of the Hector Kobbekaduwa Agrarian Research and Training Institute. These are his personal views.]