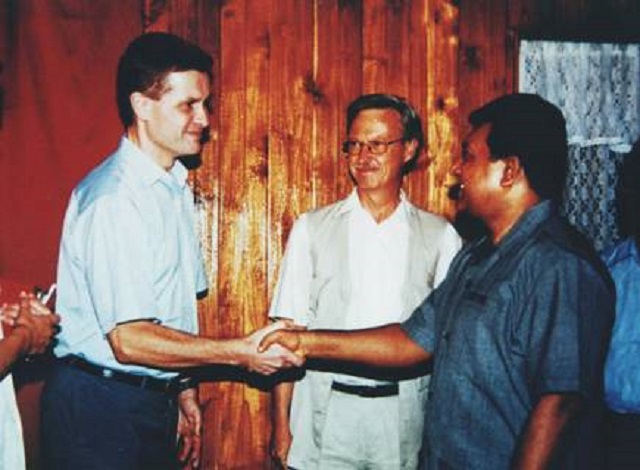 What is unfolding before the Presidential Commission of Inquiry (PCoI) probing the Easter Sunday carnage reminds us of LTTE leader Velupillai Prabhakaran. Erik Solheim once called the Tiger chief a nonpareil strategist. In fact, during the Vanni war, he sought to discourage the then President Mahinda Rajapaksa from going all out to eliminate the LTTE’s military muscle; he told the latter, at a meeting, that Prabhakaran was blessed with superb strategic thinking and capable of springing huge battlefield surprises for the army. Solheim’s claim did not have the desired impact on Mahinda, who bluntly said he would fight the war to a finish, come what may. Prabhakaran perished several months later, and the war came to an end.

Solheim was not alone in mistakenly believing that Prabhakaran was trying to achieve his goal according to a well-thought-out strategy. They must now be convinced that the LTTE had no such plan, and Prabhakaran should have waited and launched his Eelam War IV under a UNP government. From what former intelligence bigwigs and defence officials have revealed before the aforesaid PCoI so far, it is patently clear that the UNP-led yahapalana government made a big mess of national security from 2015 to 2019, and if the LTTE had been around it would have been able to make the most of the situation.

The UNP government (2001-2004) undermined national security in a similar manner. President Chandrika Kumaratunga and Prime Minister Ranil Wicrkremesinghe were at loggerheads during that period. The LTTE made use of a fragile truce to consolidate its power in the North and the East, infiltrate the South, take delivery of arms shipments, decimate the military intelligence network in areas under its control, and prepare for war. Prabhakaran, while being trapped in the shallows of Nandikadal, must have rued the day he had engineered UNP candidate Ranil Wickremesinghe’s defeat in the 2005 presidential race by ordering a polls boycott in the North and the East. If he had not meddled with that electoral contest, the UNP would have captured power and undermined national security big time.

Thanks to the PCoI, especially the probing questions its members and the Attorney General’s Department personnel pose to key witnesses, we know how lightly the yahapalana government took national security and public safety. President Maithripala Sirisena and Prime Minister Wickremesinghe were busy fighting each other. Intelligence big guns were playing ping-pong over matters of crucial national importance. They worked in silos and, not to put too fine a point on it, behaved like a bunch of Montessori kids. They did not share foreign intelligence about impending Easter Sunday terror strikes with one another properly. Instead, they wrote letters about it to various others obviously in a bid to pass the buck. The State Intelligence Service (SIS), the President and the Prime Minister did not care a tinker’s cuss about national security, which became nobody’s business. The National Security Council became a joke.

The person who was the Chief of National Intelligence, in 2019, has recently told the PCoI that the SIS chief disconnected a call during a telephone conversation, on 20 April 2020, about the foreign intelligence pertaining to the Easter Sunday attacks and never called back. Former President Sirisena has claimed that nobody had told him, prior to the terror strikes, that Zahran was a terrorist. In the run-up to the 2015 presidential election, he said he knew about a ‘golden horse’ and many other assets of the Rajapaksas, but he now claims that, as the President and Commander-in-Chief, he was not aware that Zahran was a terrorist!

Zahran was a kindergarten tot in the world of terror, compared to Prabhakaran, but national security was neglected to such an extent, during the yahapalana days, that even he could easily carry out a series of suicide blasts, which shook the world. What would have happened if Prabhakaran had been alive, or the LTTE rump had made a serious effort to regroup and make a comeback between Jan. 2015 and Nov. 2019?