Terror hubs from Washington DC to Kabul, London to Johannesburg 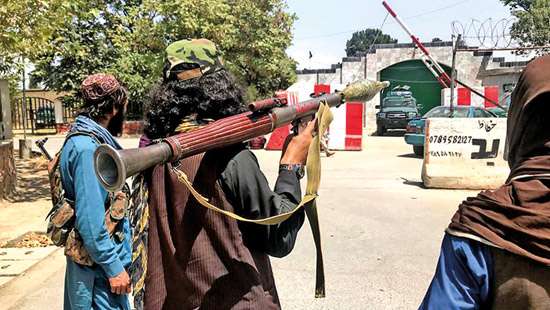 The First Anglo-Afghan War, William Dalrymple observed just a week ago (‘Britain’s fourth Afghan war is a replay of the first infamous retreat 170 years ago), was arguably the greatest military humiliation ever suffered by the West in the East.

‘On the infamous retreat from Kabul, which began on the 6 Jan 1842, of the 18,500 who left the British cantonment, only one British citizen, the surgeon Dr. Brydon, made it through to Jalalabad six days later. An entire army of what was then the most powerful military nation in the world utterly destroyed by poorly-equipped tribesmen.

‘A year later, the Rev. G. R. Gleig wrote a history of Britain’s first disastrous, expensive and entirely avoidable entanglement with Afghanistan. It was, he wrote, “a war begun for no wise purpose, carried on with a strange mixture of rashness and timidity, brought to a close after suffering and disaster, without much glory attached either to the government which directed, or the great body of troops which waged it. Not one benefit, political or military, has been acquired with this war. Our eventual evacuation of the country resembled the retreat of an army defeated.”

It’s 2021 now. Britain hasn’t operated independently in well over half a century and is essentially Uncle Sam’s side-kick in international affairs, never mind Theresa May’s lament ‘Where was Global Britain in the streets of Kabul.’ Misplaced angst that demonstrates political confusion, nothing else.

There’s ‘retreat’ that’s unmistakable this time around too. That’s only part of the story, though. The footage and photographs from Afghanistan that seem to have been privileged are those of people struggling to get on flights out of that country. They are eminently newsworthy. On the other hand ‘the moment’ of capture is just that. A moment. It is preceded by a long history. There is footage and there are photographs pertaining to that history. There’s a back-story and it’s long. And it has gone under the radar. Newsworthiness notwithstanding, one might add.

And so we are left with a name. Taliban. The narrative is about the failure of the USA and its allies. The US sought to rid Afghanistan of the Taliban. Twenty years and several trillion US tax dollars later, the Taliban are back in power. On the face of it, it is farcical. Humour can reveal, but laughter also hides the tears.

The USA lost a couple of thousands of troops. Her allies must have lost a few hundreds too. Not too long ago, casualty numbers pertaining to Afghanistan were essentially limited to these deaths. Yes, US soldiers died. So did Afghans. Civilians in particular. A quarter of a million at least. The US backed numerous Afghan militias. Some were absorbed into pro-US Afghan military forces. They also plundered, pillaged, raped, tortured and killed. As an instagram post by someone said to be an Afghan woman put it, ‘Your 9/11 is our 24/7.’ It would be hard to best that nutshell-capture.

The US taxpayers lost. The US government failed them. On the other hand, George W. Bush and Barack Obama won second presidential terms without being charged for war crimes. The true invasion, which followed the men and women in uniform, that is the one led by US business interests, succeeded. It was a resounding success for the military industrial leaders of that country. At the end of the day, the US may have lost out strategically, but the effort didn’t exactly cripple the US economy. War is about profit and this was a highly profitable war.

Yes, we are left with ‘Taliban.’ Perhaps this is why the leader of the United National Party and former Prime Minister Ranil Wickremesinghe has urged the government not to recognise the Taliban administration and to shut down the Sri Lankan mission in Kabul, Afghanistan. After all, the Taliban, by all accounts and not just those churned out in Washington, hasn’t done much to cheer, ever. Indeed, the fear, unease or even mild cynicism the name inspires is a Taliban product more than anything else.

Wickremesinghe has issued a warning: ‘Sri Lanka should focus on Afghanistan, as it could become a hub for terror groups such as Jihads and even Al-Qaeda’. He observes that ‘Afghanistan became a terror hub last time when the Taliban was controlling it,’ and warns, ‘terrorism might raise its head in Sri Lanka once again if diplomatic ties continue with the new Afghan regime.’

Well. Terrorism raising its head in Sri Lanka (or any other country for that matter) is not dependent on diplomatic ties. It’s not as if the Taliban will channel arms, ammunition and funds to potential terrorists in Sri Lanka through the island’s mission in Kabul. However, Sri Lanka could take a principled stand and break diplomatic ties based on the Taliban’s track record. Afghanistan has not been evicted from SAARC, yet, and there are no moves in that direction either. If the government went along with Wickremesinghe’s proposal it would create a few waves in the regional body, but it is not wrong to cite and stand by a principle.

That opens an interesting can of diplomatic worms though, doesn’t it? The USA hasn’t even considered breaking diplomatic ties with Saudi Arabia, a country that has allowed its rich citizens to fund the Taliban and where women are subjected and dissidents violently repressed. The USA has supported and continues to prop military juntas, monarchies, dictatorships, theocracies and such all over the world. They have excellent diplomatic ties with such regimes!

Well we don’t have to follow the USA of course. We can or should figure things out for ourselves. If we are wary of ‘terror hubs’ and this concern demands diplomatic ties be severed, then we would have to shut down the US Embassy too!

US Vice President Kamala Harris during the first leg of a South East Asian tour has accused Beijing of coercion and intimidation in the South China Sea. The USA hasn’t broken diplomatic ties with China, though. Yes, that’s the USA and not Sri Lanka; we should do what’s best and if what Wickremesinghe says is indeed the best, then we should talk of coercion and intimidation which, ladies and gentlemen, are bit diplo-terms that describe, yes, terror hubs.

So how should we deal with the new government in Afghanistan, one might ask. Well, as we do with other governments regardless of the political system in place. If the walk-in victory of the Taliban inspires Jihadists at home, that’s an issue which needs to be addressed from a security point of view. Relations with governments are of a different order. Sri Lanka should not and cannot prescribe and neither should Sri Lanka be prescribed this, that or the other either.

That said, we can certainly talk of terror hubs. We can talk of histories of intimidation, bullying, coercion and invasion. We can talk about the relevant political economics as well. From Washington to Kabul, London to Johannesburg and all nations in the quadrants so defined.