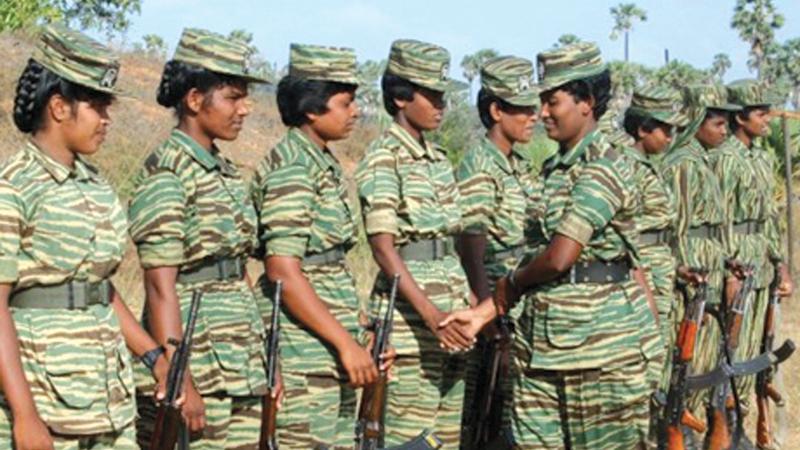 Part I – The Jaffna U-turn from liberalism to communalism

The teachers are on strike. They have raised some issues about didacticism — are the elders setting the right example for their young charges?

This matter goes right into the heart of the education debate. The teacher strike morphed from a different place — the KNDU Bill — which they said was working against the concept of free education, to a general strike with demands relating to broader issues of teacher salaries and so on.

This situation has led to questioning the dedication of teachers and whether it is right for them to strike smack in the middle of a pandemic. It’s not just that they are striking, the fact that the strike is in the middle of Covid related restrictions has been frowned upon in many quarters.

All this has struck to the root of the question whether schooling — now disrupted — has contributed to the creation of a society of useful and productive individuals? The question is that if the teachers are so flagrantly in violation of Covid protocols, what lesson it imparts to the young?

In this context, was the more than year long disruption of schooling a good thing — did the children have a respite from their teachers? Alternately, were the children discovering themselves and their true talents, because school had become a place for rote learning and of being asked to react on demand to examinations?

In the broader context, what has book learning in school done to create a society made up of individuals that can be productive, responsible and incorruptible?

Not much, it seems, if since independence as a country we have frittered away our gains and fallen in debt under successive governments — while the country never progressed from where it was to the progressive utopia that was promised at the time we became free of the colonisers?

The country had created a mass of literate and well educated young people, who waited for the government to hand them jobs which meant that they expected to be given everything by the state, and then be gainfully employed by the benefactor as well.

This seemed to be welfarism gone mad. The State had created a largely useless class of educated youth who were unable to fend for themselves and depended on state sponsorship and state welfarism.

As if that was not enough, they had got used to the idea that it’s the State’s job to educate and look after — while nothing was to be given back to the State in terms of productivity and creative output.

The nightmare was that an utterly dependent cohort had been created, which had taken to asking for free education and jobs on demand as of right. This is why they saw the slightest move to encourage fee-levying education as a personal encroachment. They felt their territory was being rudely invaded.

Not only were they to be given jobs out of the state largesse, they were also to be cocooned and cosseted against the competition. Any entity that had the temerity to broadbase education or broaden the tent so that some fee-levying students too could be considered as worthy of an education, were immediately labelled as reactionary and worthy of scorn.

Any such fee-levying Government institution was to be brought down by any means at their disposal.

It seems natural that the products thrown up by the system that had inculcated such an entitled mentality would not serve the country as well as was expected.

They say Nehru established the IIT (Indian Institute of Technology) with the purpose of creating an elite that would be able to take India into a tech savvy 21st century.

However, the Indian brains that came out of the IIT mostly ended up in the United States. In Sri Lanka most of the brainier lot that passed through the university system ended up either abroad like the Indian students or getting lost in a miasma of political activism that often led them to a dead end.

This seemed even true of the more ‘enlightened’ such as Kumar David to whom a panegyric was written by Rajan Phillips in honour of his 80th birthday.

David’s foray into the leftist movement even though he was an electrical engineer by calling didn’t lead either him or the country to the promised land. But those of that era were perhaps among the luckier ones.

At least they lived to tell the tale. Others who fell sidelong into the political whirl in the 70s or thereafter either got caught in a maelstrom of violence or were a lost generation looking for change, while they hectored everyone and expected the Government to provide jobs.

Small wonder that our learned class of youth — intellectuals, technocrats and what have you — are seen generally to have failed the country, along with the political leadership from the time of independence. This, everybody agrees including regular Cassandras of a so called liberal persuasion such as Victor Ivan.

If that is the case — if education has so patently failed us — perhaps we should view the currently occurring teacher strikes and the state of enforced idleness of schoolchildren with some equanimity, even amusement.

Why bother to tear our hair over the temporary suspension of ‘education’ as we know it when all we have been able to do, according to the own admission of the so-called elite — one presumes educated — commentariat, is to produce a class of folk who didn’t have the vision to take us anywhere except to a morass.

It is in this context that this writer is amused when a great many of the loud and articulate in Opposition ranks began to infer or sometimes say out loud that Basil Rajapaksa finance minister is unsuitable for the post because he does not have the education or the ‘background.”

If educated Finance Ministers before him from Dr. N. M. Perera through to Ronnie de Mel and others such as that unmentionable guy before Mangala Samaraweera were all Finance Ministers with the proper credentials and the book learning for the job, the learned obviously hadn’t done the job, no matter what had happened in Singapore with a highly credentialed cabinet.

It’s clear that none of the aforementioned Ministers or Finance were unable to think outside the box. It was probably because they came from right inside the box — prejudiced, prepped and unable to do anything because they were so steeped in theory.

So, at a time when it’s so achingly obvious that academic book learning whether at the level of high school or university has not delivered in terms of procuring leadership with a vision and the practical abilities to get things done, let’s not joke around hoping that somebody would descend from the ivory towers to rescue us.

Park Chung Hee engineered the great transformation of South Korea, and was a primary school teacher before he embarked on a military career. Japan Inc. the most stunning post war economic miracle to this day was not the brain child of a Finance Minister with academic credentials for economic management.

Rather, Japan Inc. was built by fostering relations between the Government and family owned business called Zaibatsu i.e Japan Inc. was built upon pragmatic and practical policy and not on theory gleaned from those who swatted at school pouring over macro-economic textbooks.

Let the Opposition types not celebrate education only when it suits them — it’s hypocritical anyway when they tried somebody with the background of Mangala Samaraweera as Finance Minister.

Samaraweera turned theoretician, and totally ignored the practical aspect of things and it was bad as having an ‘educated’ Finance Minister because Samaraweera had donned a straitjacket of his own making.

Today, there is after a long time a Finance Minister who doesn’t have to unlearn all the orthodoxies learnt in academia; so we can alI wish him luck because at least he is a gentleman who didn’t let his schooling interfere with his education.

‘Everybody has found a convenient place in Afghanistan, but what about India?’— Interview with AS Dulat, former RAW chief on India’s strategic...
Read more

‘Everybody has found a convenient place in Afghanistan, but what about India?’— Interview with AS Dulat, former RAW chief on India’s strategic...
Read more
Sri Lanka BriefNews, views and analysis of Human Rights & Democratic Governance in Sri Lanka