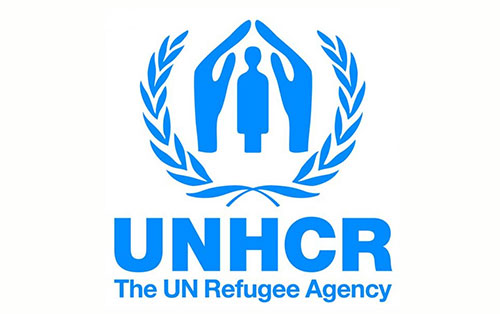 UNHRC, HRW, AI, Eminent Persons, Core Groups and other western agencies are working overtime to tarnish the image of the present government. Sri Lanka has become the whipping boy for these people. As usual, they have produced one-sided reports condemning the government of SL. The report titled, ‘Promotion, reconciliation, accountability and human rights in Sri Lanka’ has nothing in terms of promoting any of the above. Instead, these interested parties are not promoting reconciliation, but trying to destabilize SL by criticizing only one side, ferociously and unfairly.

We have to bear in mind that leaders like Wigneswaran, Sumanthiran, Gajendrakumar and Chanakiyan who talk of genocide, have been living among the Sinhalese for decades. The reality is that compared to prior 1983, there are more Tamils living in Colombo, and surrounding areas, now. All these Tamil political leaders, who shout anti-Sinhala slogans, do not have shame in having Sinhalese armed forces for their personal security. Leaders like Chanakiyan MP, who are now in the forefront of the P2P, have the dubious distinction of supporting and contesting for MR on behalf of the UPFA, after the end of the war in 2009. If there was genocide after the war, why did he support MR? After all, why did the Tamils support Sarath Fonseka en bloc in the presidential election soon after the war ended?

These fake Tamil nationalists used to say that structural genocide against the Tamils has taken place since 1948. Their servility to the West would not allow them to utter a single word against foreign domination of SL for 450 years. For them, history starts only in 1948. So much for their commitment to the cause of the Tamil nation!

Was Tamil an official language during the colonial period? How were the upcountry Tamils treated during the British Raj? During the European rule, weren’t there conversions of people to Christianity? Wasn’t there archeological destruction? Weren’t temples demolished? Shame on them!

It has to be noted that the Federal Party and All Ceylon Tamil Congress leaders were inside the government at some point of time over these years. M.Thiruchelvam, Neelan’s father and GG Ponnampalam senior, the grand-father of Gajendrakumar, were Ministers in the ‘genocidal’ governments. Someone has to remind another strident campaigner, EPRLF leader Suresh Premachandran that he enjoyed a higher position, for a long time, in the Rajapaksa ministry in the 90s. Leaders, like Sumanthiran PC, relished in saying they were responsible for bringing the Yahapalana government. He did not have any compunction in receiving an honorary PC from a genocidal government. If there was any structural genocide against the Tamils, these Tamil leaders are also guilty of that. Are they saying that they are also responsible for the ‘genocide’ by being part of the governments?

Human Rights ‘champions’ have conveniently chosen only the crimes during the final days? Who has given these champions the right to determine the period for investigation? They have abrogated themselves that right. Why only ‘final days’? By choosing the ‘final days’, are they trying to target the Rajapaksas and protect their western friends involved in the crimes?

It has been reported that Tiger women suicide bombers were trained by Adele Balasingham, who lives in Britain. Undoubtedly, Tigers have carried out the largest number of assassinations, including that of Rajiv Gandhi and Premadasa. If you are serious about war crimes, why not start with Adele?

The Tamil leaders repeatedly say that only with the help of 27 countries, including India and the US, was SL able to defeat the Tigers. If there were war crimes by the SL government, are those countries involved, not complicit in the crimes? Why don’t they talk about these countries? The western countries have to self-introspect before pontificating to SL. To show that they are fair, they simply mention that both sides committed crimes. Having said that, they forget about the Tiger atrocities and start to attack Sri Lanka. Human Rights, Rule of Law and Democracy are some of the arsenals in their hands to attack the government.

When they have a west-friendly government, they go soft. When the previous government denied the people the sacred right of voting by postponing the Provincial Council elections, the HR champions kept mum and didn’t open their mouth, even for tooth extractions.

We have to look at the activities of NGOs and Civil Societies carefully. When a friendly government comes to power, they all get accommodated in the so-called ‘independent’ commissions. Perhaps, they didn’t have time to look at these denial of fundamental rights.

We should be cautious about the intention of these vested interests, and should not allow them to fish in troubled waters. We should not forget that they played havoc with the lives of millions of people living in many countries, like Iraq, Libya, Afghanistan, etc. They went there under the pretext of Human Rights and committed crimes many times more. The sad thing is that those countries have been suffering forever, and are unable to come out of the consequences of these interferences. We don’t want that to happen to poor SL. We have already suffered enough.

Let all of us unite for resolving our issues in the best interests of Sri Lanka! Now, there is talk of alien political parties coming and directly taking over the country. At least now, we have to realize our mistakes and correct them before it is too late.