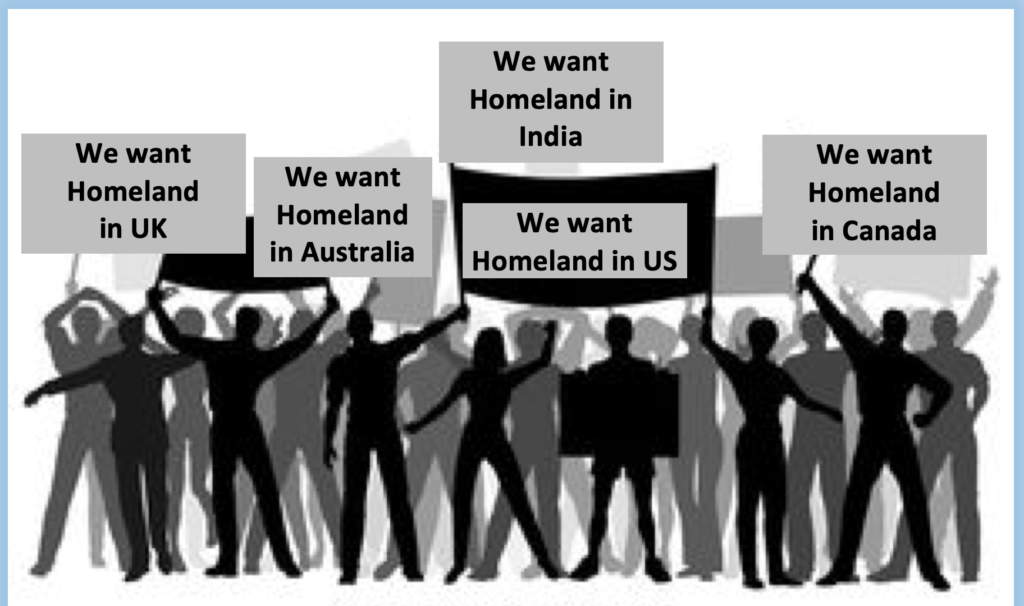 Tamils in Tamil Nadu raised a very valid reason for self-determination based on the key argument that Tamil Nadu was always a separate & autonomously run area during pre-colonial rule. It was only in 1947 that the colonial British cobbled up princely kingdoms and independent territories and created INDIA – which in reality has a history of 74 years. There was no India before 1947. No pre-colonial ruler, ruled all that which is termed India today.

The Tamil homeland demand for self-determination was denied by Gandhi & the British. The take away from this is that Tamils of Tamil Nadu sought self-determination first. India palmed off India’s headache to Sri Lanka helping arm, train and fund Sri Lankan Tamil separatism & militancy to use for India’s political mileage. The scenario served the Tamil militant groups and Sri Lankan Tamil politicians as it propped up their importance among Tamil people, brainwashing their minds into believing in the creation of a utopian homeland, without fundamentally realizing that the same ethnic group cannot demand a homeland for the same ethnic group in two different sovereign countries.History will show that Sri Lanka was never ever linked to India even looking at the Pangaea map of how lands split to create modern day countries. https://www.youtube.com/watch?v=ojxWbZqG-HA&t=56s

So, what happens to all the big talk by the UN, international bodies & foreign governments about ‘multiculturalism’ ‘secular states’ ‘assimilation’ ‘cohabitation’ ‘united in diversity’, cultural diversity etc.

Therefore, everyone must start thinking wiser and not fall prey to fake propaganda that was created to justify militancy in Sri Lanka and justify refugee/asylum status in western countries and justify collecting funds that created the LTTE kitty and a nexus of international legal & illegal money making ventures on which many of these Tamils depend on to survive and lead rich and luxurious lives far above the ordinary Tamils who have gone to make a home overseas.

The GoSL via the Foreign Ministry must convey this basic and fundamental logic and argument that the same ethnic group cannot demand 2 different homelands in 2 different countries as it is only paving the way for other ethnicities living in foreign shores to also argue for a separate homeland.

This is going to cause chaos across the world as there are plenty of people counting fingers to create conflicts to enable the sustenance of the arms supply, weapons industry for profit. The world does not need any more conflicts, loss of life and divisions as no ethnic group can live in isolation and no ethnic group can claim to be living happily ever after even amongst their own. Look at how divided Tamils are in Tamil Nadu – where caste & class are shocking dividers no different to the same scenario amongst Tamils in Sri Lanka as well.

If anyone says a mono-ethno-religious homeland is going to be honky dory and happy ever after they are reading too many fairy tales!

Its time to stop these politically advantageous but socially dangerous stunts to break up and divide nations on silly arguments created to suit a handful of people.

People must learn to live, they must learn to adapt to their environment, they must cohabitate, they must respect others & their cultures and realize that their human rights stops the moment they violate the human rights of another.Separatist demands are hurtful of others and foreign governments & UN officials must stop providing fuel to separatist agendas in whatever form.

UN should be showing people of the world to live together in peace not in pieces.