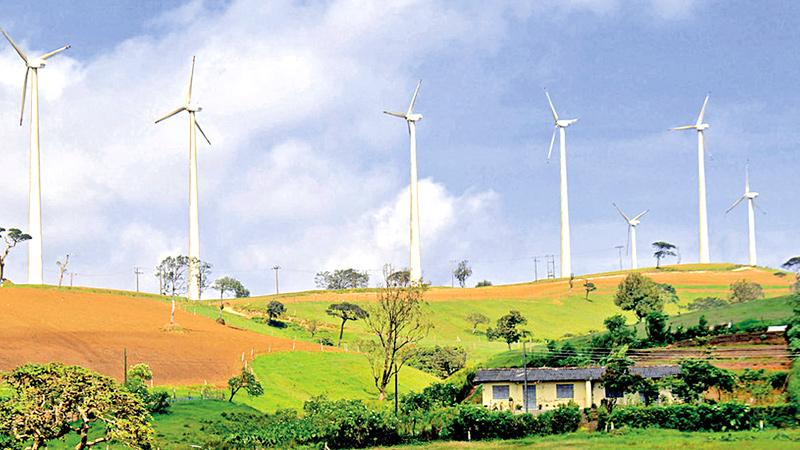 Sustainable development ensures the well-being of the citizens of a country by integrating social development, economic growth, and environmental conservation.

Social development implies access to food, shelter, health, education, employment, and so forth whilst economic development expands the availability of work and the ability to secure reasonable income to support themselves and their families.

Economic development is compulsory to a country that includes industry, agriculture, food security, and sustainable economic growth. The two factors are interdependent and vitally important to the quality of life of a country’s population.

The concept of sustainable development stands for meeting the needs of the present generation whilst preserving the ability of future generations. The key components of development are society, the economy, and the environment. When these three elements are aligned, human well-being increases in proportion. Therefore, a balance of the three concepts must be in place for the benefit of the country.

The biggest criticism of sustainable development in Sri Lanka, however, is that the stakeholders are not doing enough to conserve the environment when they plan new projects.

The emphasis given by most of the enthusiasts is that the forest cover the country possessed in the 1950s was 44 percent and reduced to just over 29 percent as of today. This reduction took place mainly due to the high rate of population growth.

For example, the country’s population in 1950 was 7.9 million as against the estimated 21.4 million in the present year, marking an increase of over 250 per cent in 70 years. Therefore, the claim of environmentalists is justifiable for stating that the country in unison must preserve the remaining forests.

The future of Sri Lanka’s future growth will be defined by its ability to close the gaps pertaining to the economy, society, and environmental protection.

Ongoing demanding criteria such as increasing unemployment, inequalities, prevailing job losses due to Covid-19, the rising cost of living, are a few among many persistent issues.

Changes in behaviour in individuals, society, and institutions are required to move towards a sustainable society.

The economic mechanisms are vital to achieving the goal of sustainability. However, for Sri Lanka, similar to many other developing countries, integration of environmental conservation with human progress has become one of the main challenges.

Any sane citizen of the country, except scoundrels who are involved in illegal tree felling and other environmentally damaging illicit activities, will protect the environment at any cost.

Regrettably, most of these projects have earned the wrath of various organisations that are representing environmentalists and enthusiasts for both good and bad reasons.

The pertinent question is to fathom whether all these organisations who oppose these projects are genuine or politically influenced. In reality, whilst many genuine environmentalists are concerned about nature protection, there are also others with various dubious agendas.

Those who are interested in either achieving political mileage or discrediting the government currently are enjoying glory days because of the freely available social media platforms regardless of whether such projects are important nationally.

For example, a certain segment of the public including clergy have made a big hue and cry declaring that the Crudia Zeylanica plant that was in the path of the central highway is the only such tree existing in the world.

This group influenced by a range forest officer demanded that the highway should be diverted and built evading the tree even if the cost to state coffers can be billions of rupees of tax payer’s money.

However, later it was found that many such trees are available in other areas, including the Peradeniya Botanical Gardens. The intention of the official may have been genuine. However, knowingly or otherwise, opportunistic political manipulation has sneaked into the scenario.

Therefore, a conscious analysis is required to determine what is best for the country without arbitrarily objecting to everything.

A certain amount of damage to the environment is inevitable in the development of large projects. For example, the Mahaweli Development Program, known as the largest multipurpose national development scheme in the history of Sri Lanka, was initiated sacrificing a substantial amount of forest land according to an evaluation done in 1993 on behalf of USAID.

The study revealed that 50 percent of the total area, before the development, was covered with tropical humid sub-humid or dry forests.

As of today, as per the Mahaweli Authority socio-economic Statistic Book-2018, the population in the Mahaweli area is over one million with a total cultivated area of 201,000 Hectares. This is a huge contribution to the national economy.

These figures divulge the importance of development projects to the sustainability of a country and its society.

However, the development must be done with an extremely meticulous evaluation process to determine whether the environment can withstand the damage.

The key issue prevails today mainly because of public opinion that dubious political involvement is in place whenever there is a development project.

Over the years, Sri Lankans have witnessed environmental destruction taking place in the name of development projects spearheaded by corrupt politicians. Therefore, the general population grossly mistrusts the politicians whenever there is a new project.

Political opportunists, usually from the opposition parties, create the biggest damage to the development of the country.

They take full advantage and oppose any project undertaken by the government to create mayhem whenever there is even a minor issue.

Most often they are not fully aware of the correct situation or the actual damage if there is such environmental damage.

In order to meet the future needs of society, the country requires multi-disciplined development projects.

Hence, the authorities, the public, and the environmentalist collective pay serious attention to the integration of environmental and development concerns. A strong ethical framework and political commitment at the highest level with firm decision-making power is a dire need for the country currently.

Transparent national policies and strategies must be introduced to curb unnecessary resistance and disagreements.

The government must implement policies to encourage business and industry whilst protecting the environment.

Regrettably, almost every privately funded project is being obstructed by several groups. These elements grossly disregard the country’s economic sustainability.

Most often, these groups are either politically motivated or those who seek personal glory.

Hypocritical and duplicitous politicians make the maximum out of any and every possible situation to discredit the present administration.

Most often, the sole interest is to improve their vote base by criticising the government. These expedient and unethical elements only pursue their political agendas and not the future of the country or the environment protection.

Sri Lanka still remains a lower-middle-income country despite the availability of all the rich natural resources and the literate human capital.

Most of the general public justifiably blames the political system and politicians for the stagnation since independence.

There are purported political parties that object to every action any government takes on every development strategy.

These bankrupt and deceitful political parties sans any public appeal or Parliamentary representation are continued to be a nuisance to the nation’s future.

As pledged in the Presidential manifesto, Sri Lanka must be a prosperous nation. Given this, the government and the private sector must continue to pursue economic growth extending the highest priority to environmental conservation.