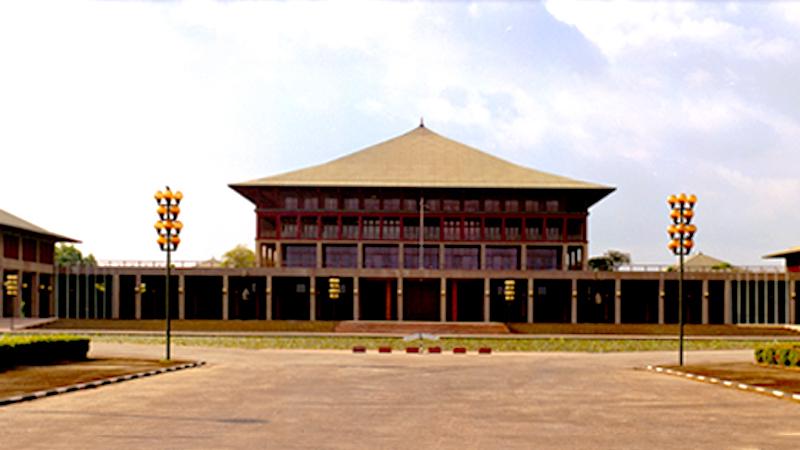 The Light Rail project which was criticised by the former Secretary of the Ministry of Transportation Lalithasiri Gunaruwan in the presence of the President last week, is the Holy Grail of all development projects according to the former government’s SJB/UNP types.

These days, they are targeting Gunaruwan. Their chief criticism of him is about the minutiae of his submissions, involving details about level crossings and the viability of the Light Rail in terms of goods transportation, etc.

Gunaruwan can defend himself, but the Opposition’s fealty to the cause of the Light Rail Project is amusing.

The part about the project that’s most amusing is the aspect that the Opposition types rarely mention. They didn’t finish it.

That’s the whole point about projects that the UNP types go ballistic about. They never were able to finish them. If the UNP finished the Light Rail project, where is the need to quarrel with the Government about its completion?

One reason the previous government couldn’t complete the Light Rail that it’s former denizens are screaming about now, could have been its financial feasibility — or more precisely the lack of it.

Perhaps, securing funds was difficult and the project cost was steep, as experts such as Gunaruwan say now. But all that is beside the point, even if it was true.

The fact is that the UNP could not complete the project. They just couldn’t deliver. So what’s new? Tell us about a project that the UNP could deliver on, except perhaps the 19th Amendment project which was a disaster after completion, as per the Amendment’s authors themselves? Not that the 19th Amendment was a development project, even though those who had pretensions about social-engineering may swear it was.

Those who couldn’t deliver cannot afford to cavil about what was incomplete. That’s truer, particularly when this was the only development project of any consequence they could talk about in a five year period in government.

Talking about a development project they couldn’t finish in a full five years is a case of counting the chickens before the eggs are hatched — or when the eggs couldn’t be hatched at all.

The then government may contend that they didn’t have the full five years to work on the Light Rail.

No, but they can’t be excused for not having started it earlier! What does the UNP give the people? Delivery, or excuses?

Each time the UNP or SJB as the case may be bleats about the Light Rail, it’s an admission of their failure to deliver. But the smugness with which the complaints are deadpanned is amazing.

They say the present government is stalling development. Sorry, that’s factually so incorrect as to be delusional. The UNP government was retarded so to say, in its vision for development. They were stalling. They stalled so much that they could never deliver on a project — and the Light Rail wasn’t the only one.

It was not as if they were working on so many development projects that they did not have time for this one. This — the Light Rail — was the only one they could even properly conceive of on their own.

Small wonder they are bleating about it. It’s their crowning achievement except that it earned notoriety as a non-achievement.

The masses are now told to judge the UNP on the basis of this landmark non-starter. ‘See how cruel it is,’ they say. ‘We started it, and the people are being deprived of it.’

How shocking! The UNP couldn’t complete a project. It’s not shocking at all though. The UNP never could deliver except verbiage, hot-air and million rupee propaganda. Those who cannot deliver are condemned to the consequences of non-delivery, such as the project being ditched by the government to follow.

Besides, this clinches the image of the UNP-SJB Opposition as a political entity that has all its projects imagined and in the air, and never on the ground delivering results. It was the UNP’s boast that they thought of the highway projects in the first place.

They couldn’t lay a brick towards seeing that vision come to fruition. If they are cricketers these people will say ‘we have all the shots, and even some shots that have not yet been invented.’

Except that they wouldn’t have put up a score that’s greater than zero, ever.

Sorry, if you couldn’t deliver, get out of the way so that those who can will do it in the way that they envision. It’s the least you could do with that record of yours.

There is another record that the UNP cannot be proud of, and that’s the record with projects that had already been delivered on by the then Mahinda Rajapaksa government.

Take the motor bike racing track that was built close to the Mattala Airport in Hambantota. The UNP government landed a housing project there — one or two houses really — in the middle of a useable track. That was the end of that track.

The convention centre in Mattala was to go unused by government edict, during the entirety of UNP rule.

These are all facilities that could have brought more visitors to the Hambantota environs that had great potential for tourism due to the easy accessibility that was on offer to the game parks and the coastal attractions such as Arugam Bay, etc.

But the UNP government was suffering from the Rajapaksa Derangement Syndrome, and that entailed strange acts such as storing paddy within the Mattala Airport — a delivered project and not a project in the air — though it was an airport. The entire A/C system was damaged as a result of the storage adventure.

That was the level of heedless spite that flowed from UNP rule, when delivered projects were sent into cold storage while economies that could have been sustained through these projects were left to fend for themselves.

Today, the Mattala airport is the main conduit with regard to corona prevention amid reparations, due to logistical reasons.

I met folk in Hambantota who had tourist hotels to run, and had wished dearly that the Korean donated Mattala Convention Centre was used so that they could have more guests resulting from the influx of conference delegates and support staff, etc.

They would have wished that the race track was used — considering that this was a track where one should be built; after all the complaint used to be that races were held in busy cities.

The Ranminithenna tele-cinema village was left to rot, and millions have to be spent today for its refurbishment, even as producers are lining up to use it.

But the purveyors of this politics of spite are now howling that their imaginary Light Rail in the air was abandoned. They’d say it was not imaginary as the project had already begun when their government was defeated.

In reality, anything that’s not completed is imagined. The Light Rail project was nowhere near completion. It was equivalent to an empty boast that may or may not have come to fruition.

They say that the donor nations were keen on its completion but that’s still conjecture in the topsy-turvy world of today, with its pandemics and other such calamities.

The UNP-SJB folk couldn’t sleep one night without having vilified the Rajapaksas. The other thing the UNP was famous for was empty boasts about unfinished or half finished projects. The Light Rail adds to that long string of dubious dreams that amounted to braggadocio and a great deal of propaganda hype.

If anybody wanted to be a hero touting the Light Rail, they should have completed it. But how could they? They couldn’t complete the Hambantota stretch of the Southern Highway for five years. Finally, they opened a stretch of road that led to nowhere just weeks before the key Presidential election. People who embarked on a highway jaunt emerged into thick jungle, and had to beat back a hasty retreat with leeches lapping at their breeches.

These are the jokers that now have the audacity to shed copious tears about their Light Rail. I’d say, RIP LRT.