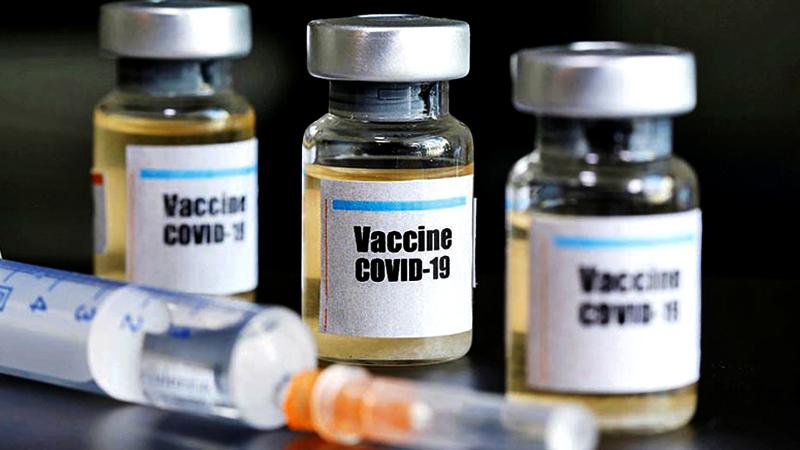 The new Pfizer vaccine for Coronavirus will probably take time to become commercially available and safe in a country such as ours, and private sector involvement would probably be a necessary concomitant of launching such a new prophylactic here.

In the health sector, private sector involvement is frowned upon in a way that it is not despised in other sectors of the economy. That’s to be expected in our country that has a history of free — did anyone say socialized? — medical care.

Can the health sector have exclusive State sector input, where an issue such as an important new vaccine for Coronavirus is concerned?

The people would be relieved if the new injection’s dosages are given free at State expense. Absolute private sector control of a new vaccine would entail enormous costs that cannot be borne by the average individual needing protection from the rampaging virus.

But State sector sponsorship of a vaccination program would result in massive costs to the exchequer. However, at this crucial time, costs notwithstanding, the State will probably pick the tab. But, universal free healthcare facilities would have to be scrutinised at a later date for reform, if the country needs to grow its economy without encumbrances from costly State sponsored medical-care.

But, the paradox is that once a country has an advanced functional economy, health-care can indeed be subsidized if not given entirely free. The problem is to grow the economy to that point.

We are used to thinking of the public sector as a liability. That’s why governments have privatised State entities with a vengeance, sometimes against their better judgment. But all these privatised entities were gifts to various oligarchs who grabbed the country’s assets and laughed all the way to the bank.

Revenue generation for the State from such privatisation was minuscule if it happened at all. The Singaporeans were not willing to tolerate this ‘wastrel’ model, and they in their wisdom incorporated the Temasek Holding Company which operated essentially as a private enterprise, even though the company had one shareholder, which was the State.

This article is not about the Temasek example however, but about revenue generation in the public sector with the Temasek model of course being considered as one possible path to economic regeneration post Covid. Imagine a State organisation having the buccaneering spirit to proactively invest in revenue generating enterprises that are running essentially as private sector entities, without any State oversight.

That is essentially what Temasek is, and the Holding Company even invested Thai tycoon Takshin Sinawatra’s money, even though that is another story for another time. But the real story of Temasek is that it was a company that was able to use public and private sector professional talent for revenue generation for the State.

Imagine this in the overall Sri Lankan context in which the State is thought to be a place where professional talent comes to wither and die.

This is mostly because State officials were disincentivised by successive governments.

They are hamstrung by the government’s regulatory framework and could only watch the private sector thrive by comparison, because comparable professionals in privately owned companies are incentivised by the mere fact that they do not operate under public sector constraints.

The Temasek model was not about taking over existing public sector enterprises and giving them over to professional management that was supposed to act as if they were private sector. On the contrary, this Singaporean Holding Company launched one startup enterprise after another, and invested in a succession of brand new ventures with hugely profit making potential.

But how were public sector professionals made to be so proactive? Because there was only one criteria for Management selection, which was that they had proven credentials for delivery.

The only metric for recruitment was performance-based. This meant a record of delivery in a previous similar capacity, period. Nobody was thought to be of any great potential unless they had delivered results in a previous managerial placement, in real, tangible and dividend-intensive terms.

Such a performance-based metric has long been the missing link at least in part in this country’s State sector recruitment paradigm. Even with good intentions, individuals were recruited to Management because they were the elite in a profession — or because they were supposed to have the intellectual chops.

The professional elite are a good decoration. Mind you, they could also be highly useful in other capacities such as lecturers on the seminar circuit, or subject-experts who can write the occasional treatise, and offer useful professional input. But can they run organisations that are dependent on delivery, and the bottom line?

No, and that should have been obvious. But time and again State sector recruitment has ignored the performance-based metric, which simply means that we cannot even think about a Holding Company in the Temasek model.

Even if the State sector has come a long way from being instruments for doling out patronage i.e. jobs for supporters, mere idealism in organising State sector enterprises by appointing credentialed Management, just doesn’t cut it.

There may be some satisfaction in the fact that ‘professionals’ were placed in state managerial slots based on ‘merit.’ But that is just idle idealism, something akin to thinking that cramming for exams and ‘pulling all nighters’ would deliver results.

Those who mug for exams often learn to their detriment that the satisfaction of having worked long hours does not pay, unless they also answer the exam paper intelligently, on the given day.

Likewise, thinking that ‘we put the best men and women on the job’ because these new recruits were ‘learned professionals’ is not a strategy. Being pleased that near, dear and the loyal were spurned in favour of ‘professional elite’ may grant hours of self-righteous satisfaction — but would mean nothing for delivery in State sector Companies that have to keep an eye on the bottom line, period.

In the Singapore Holding Company work ethic, there was nothing that circumvented the performance-based metric. Loyalty is at least a better criteria than making self-righteous appointments of elite who had the intellectual qualifications, but had not delivered a thing. At least when the loyal people messed up, the party cadre was left happy because they had got some jobs.

But non-performance based recruitment for the mere cerebral satisfaction of having the creme de la crème at work, didn’t deliver results under successive Lankan governments. Instead the policy kept Corporations underwater, and turned away party loyalists because they hadn’t got anything either. Talk about a lose-lose situation!

In Singapore, the Lee Kwan Yew brand of pragmatism eschewed this self-righteous type of smug idealism. Deliver or depart was the model, and those who hadn’t delivered anything except lectures, were not allowed to so much as get their foot in the door.

Expecting State enterprisess to perform without having proven professionals who have delivered on the job is an exercise in self-flagellation. State sector Corporates are not going to excel because policymakers flog themselves thinking ‘we have done the correct thing and we put elite professionals to work.’

Elite professionals may be good for name recognition; they may serve as star billing on a Corporation brochure, and nothing more.

How did Singapore inculcate a buccaneering spirit, with a State Holding Company that proactively started up companies, which then went onto beat private sector competition in their own game? Such a near impossible result was achieved by making a proven record of delivery the only criteria in determining the one critical factor that leverages Corporate success — that of picking fit and proper Managerial talent.