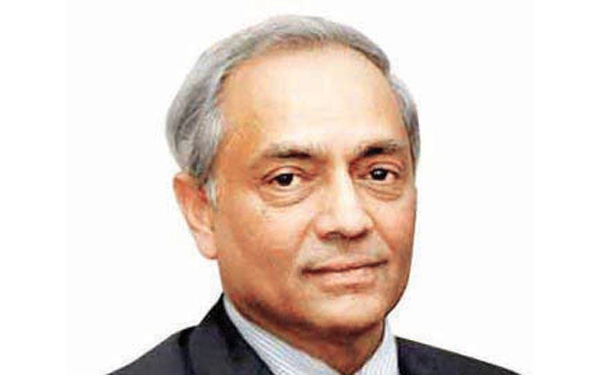 Addressing the Arria Formula Meeting on Children and Armed Conflict, Sri Lanka’s Permanent Representative Mohan Peiris detailed the sordid history of the use of children by the LTTE, a fact glossed over or else totally ignored by those who feign expertise on the decades long struggle against terrorism.

The full transcript of his representations is given below:

Behold, children are a gift from our creator.
The fruit of the womb is a reward.
Like arrows in the hands of the warrior.
So are children of one’s youth.
How blessed is the man whose quiver is full of them.
They will not be ashamed when they speak with their enemies at the gate.

Mr. Chairman,
The irony is that the world does not place a high value on children, particularly in the context of
armed conflict. It is a matter of record that 415 million children live in conflict affected areas. In
high intensity conflict areas it is a staggering 149 million, which is double the number of
children in the United States.

Mr. Chairman,
Having said that I wish to thank the Permanent Missions of Russia and Kazakhstan and the UN
Special Representative of the Secretary-General on Children & Armed Conflict for organizing

this discussion on a very important topic, a sad topic really. I also thank Mr. Voronkov, Under-
Secretary-General for Counter-Terrorism and other briefers for their soul searching and insightful presentations.
I cannot but quote the late Mr. Nelson Mandela who said “there can be no keener revelation of a
society’s soul than the way in which it treats its children”. This is now more relevant than ever,
as we witness children disproportionately suffering from discrimination, exclusion and
inequality. The plight of children is worsened by the prolonged effects of poverty, all forms of
violence and conflict.

Mr. Chairman,
Sadly, as most of us present today would know, my country Sri Lanka experienced the
phenomenon of child soldiers at the hands of a group of non-state actors. This group used
intimidation and terror tactics to pressurize families of the Tamil community in Sri Lanka to give
their sons and daughters for their military purposes. When families refused, the children were abducted from schools or taken forcibly from their homes. Parents who resisted such recruitment
faced violence, detention and even death. We are all too aware of what happens to children in the
hands of such groups.

As such, following the neutralization of this group in 2009, the Government of Sri Lanka had a
substantial task in relation to rehabilitation and reconciliation. One of the first priorities of the
Government was to look after these children who had been forced to adorn the cyanide capsule
around their necks – to rehabilitate them, reunite them with their families, restore normalcy in
their lives and help them become productive and proud citizens.

All of these child soldiers – 594 of them were rehabilitated and reunited with their families.
Special attention was given to those whose education had been disrupted due to conscription and
who were desiring to complete their formal education. As a result, a number of former child
soldiers participated in the national examinations. 11 children took up the university entrance
examination and 03 went on to gain admission to university and university education. Many
others underwent vocational training and are now in meaningful employment.

I’m just going to show you a little photograph, of a child soldier holding up the cyanide capsule.
Here is another soldier, with one of her handlers, who is now actually living in the United
Kingdom without any sanction whatsoever. Here is another picture of the child soldiers in the
back of a tractor. Now these are things that we don’t want to see hereafter.

It is well recognized that involvement in violent conflict and loss of loved ones cause trauma and
other psychological effects that affect a child’s growth and education. These children were
provided with professional counseling. Those that were disabled, injured and required medical
intervention were well looked after. National identity cards were provided to them, giving them a
sense of belongingness.

As a matter of policy, no child solider was prosecuted with priority being accorded to their
investigations and speedy disposal of their cases. This was done with the assistance of the United
Nations agencies, the ICRC and civil society organizations. Sri Lanka had a success story to
share with the world – unfortunately this is now a forgotten story.

It is deeply regrettable that certain sectors of the international community and even certain
entities of the United Nations refuse to acknowledge such success stories. We continue to be
hounded for defeating terrorism. They continue to be misled by the misinformation being spread
by the remnant elements of this group of non-state actors that had brought such misery to their
own community and children. They continue to remain hostage to the political benefits accrued
with such double standards. If we are serious about sustainably dealing with the issues arising
out of conflict, including that of children, we need to remove the wool over our eyes. We need to
work on common ground and face the reality – if we are to make any real progress for humanity.

Mr. Chairman,
Sri Lanka will continue to look after our own children and ensure that everyone will have a
success story to tell and I wish that the other children suffering in the rest of the world would
someday be emancipated from these miseries and would be free to live as members of a happy
human family.