Sri Lankans can monitor and patrol US elections 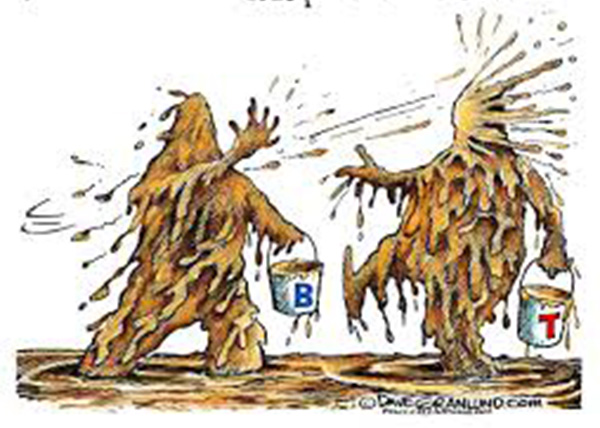 Sri Lanka should be sending observers, and troops if necessary, immediately, to monitor the US election and quell anarchy there. The world demands this of us.

From JR “Roll up the Electoral Map” Jayawardene to Mahinda Deshapriya to Ratnajeevan Hoole, we more than anyone else on the planet have the expertise at exercising the franchise midst war, flood and drought, through almost a century.

The US this November promises to both freeze and boil over.

Our election commissioner should be getting his long underwear and suntan lotion ready to fly immediately to Washington to offer them both counsel, as well as to verify the authenticity of the process. Commandante Shavendra should also be standing back and standing by.

The SL government must immediately provide funds to allied groups within the US, to both monitor and perhaps even challenge their elections. They should also, like the ACSA we signed, be ready to send the military to enter their key ports, etc.

And if our intervention is not able to change the results, we can at least cast doubt on any outcome we feel would be unfavorable to our or the world’s future.

“Casting doubt” to enable destabilization and armed intervention by hostile forces, is an essential part of capitalist media ammunition in what is known as hybrid war.

And then there is US Foreign Wars Secretary Pompeo “reminding” the Sri Lankan President of his election promises.

The Sri Lankan government should therefore also consider a mechanism to remind US and EU politicians and officials about the promises they make and the interferences they enable. After all, they appear to be so concerned about our political choices.

Yet we find it strange that while clearly interfering in Sri Lanka’s elections in 2015, including the Kerry funding of candidates, we hear that: US officials are worried that Russia, China, Iran, and other alien forces are actively influencing the US election and ‘casting doubt’ on the legality of the voting process.

They claim trolls, bots, techno-genies and other cyber-demons are inundating their social media with conspiracy theories, fake news, deep disinformation, and misinformation.

Really! Hasn’t the US government funded many NGOs, etc, here and around the world to do precisely this. Groundviews and the CPA, to the NPC, TISL, etc.

With regard to the US, though, our intervention appears to be a matter of dire urgency, and could help put them out of their misery.

Both US candidates are already claiming victory and refusing to step down despite results.

The candidates are threatening each other in heretofore unheard ways. The key word here is unheard. It is well known that there is serious voter fraud in the USA, and their media refuses to report this: it begins with the intimidation by the FBI and other police officials mainly aimed at impoverished, particularly Black and non-Anglo non-White communities.

All the “white armed militias” are “standing by”. Note the use of the term, “militias”. This is a Karen word. If they were not white….

Perhaps Deshapriya should pack his kevlar too. Or better send Hoole, who knows how to dance with terrorists.

US Democratic Party agents are already accusing their Republican counterparts of planning to suspend counting in key states by challenging ballot validity: Republican-run state capitals, local and federal courts are overloaded with biased judges, a loaded Supreme Court, and a House of Representatives where Republicans hold the majority of state delegations and can fix any electoral college indecision.

Anti-Trump forces are already saying violence by white armed militias, Right and Left will allow the ruling President to implement the Insurrection Act. They cry the Trump regime has already redlined several cities as “anarchist hubs” that will have to be quelled, to fix the election, especially if early election results are close.

All of this is familiar to Sri Lankans.

The business press, allied to their god, the US dollar, is always full of such armageddonish auguries. Election or no election.

It may be schadenfreude, but it would be good to see US chickens fly home, and take some of their fellow fowls with them. Forever.

Let us see if they will leave us alone.