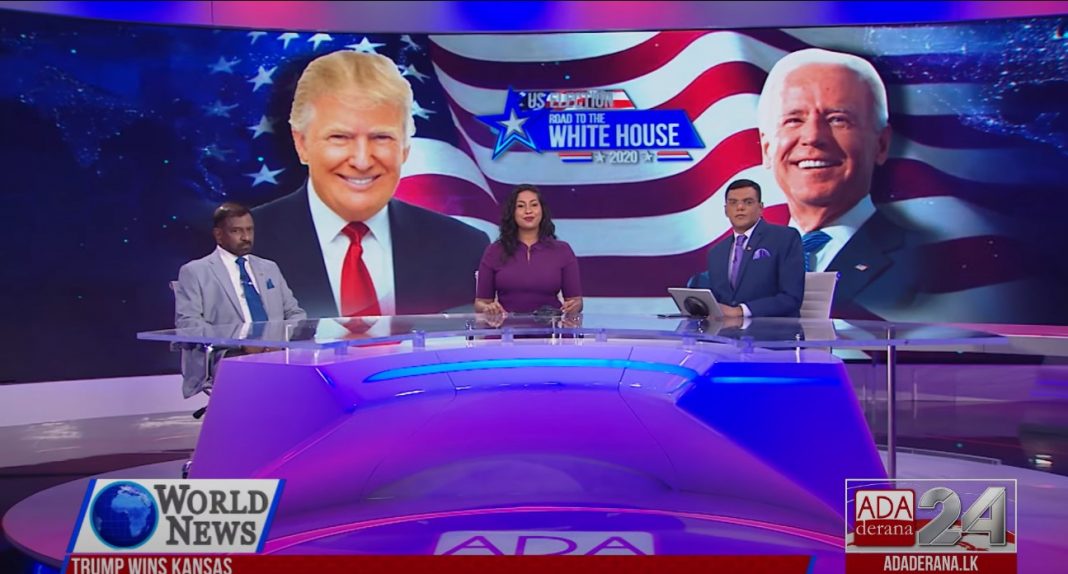 All eyes in Sri Lanka were glued to the US elections last week, as two virtually indistinguishable old white men accused of sexual assault, battled it out for the prize of leading a country that is currently applying sanctions to one third of the world’s population.

The drama, in typical Hollywood style, was riveting. And distracting.

Incumbent President Donald Trump essentially ordered, “STOP THE COUNT!” when numbers were not in his favor. He is now threatening to take the results to the Supreme Court, where numbers are in his favor.

Meanwhile, Californians approved a proposition to exempt gig-economy workers like Uber drivers from labor laws. Washingtonians voted to decriminalize consumption of magic mushrooms, perhaps hoping it might feed the 9.8% of the state’s population living below the poverty line.

Amid widespread allegations of voter fraud, and a hopelessly dated and dysfunctional electoral system, US officials still found the time to patronisingly condemn election violence in far off Ivory Coast and call for peace and transparency.

Opinion columns of all major newspapers brimmed with hair-splitting analysis, as if there would be any substantive difference in US foreign policy between Biden and Trump.

Meanwhile, the People’s Republic of China released a blueprint for its 14th five-year plan, which is arguably far more significant for the region, and a more reliable forecast of future outcomes, than US election results.

The new plan pivots on the concept of “dual circulation”, meaning that China will expand domestic demand, while continuing trade to stabilize international demand, with the goal of “realizing socialist modernization by 2035” – by which time neither Biden nor Trump will be politically relevant.

In a speech at the opening of the third China International Import Exhibition (CIIE), President Xi Jinping affirmed, “China’s sincere desire to share its market opportunities with the world and contribute to the global economic recovery.”

Sri Lanka’s mainstream media was deaf, dumb and blind to these developments.

Hardly any experts were brought in to provide commentary or analysis. Few if any Sri Lankan diplomats, academics and journalists are genuinely engaged in studying the story of China’s 71 years of industrialization, which has lifted over 800 million people out of poverty.

China is the only major economy that will grow this year, accounting for 51 percent of global growth according to the IMF. Trillions invested through the Belt and Road Initiative are likely the main means by which developing countries will grow in the future.

While our westward looking media distract us with (s)elections in the “free world”, we are missing crucial developments in the East. China must be watched, and studied, but not on terms dictated from Washington.

Is our Anglophilic media up to the task?