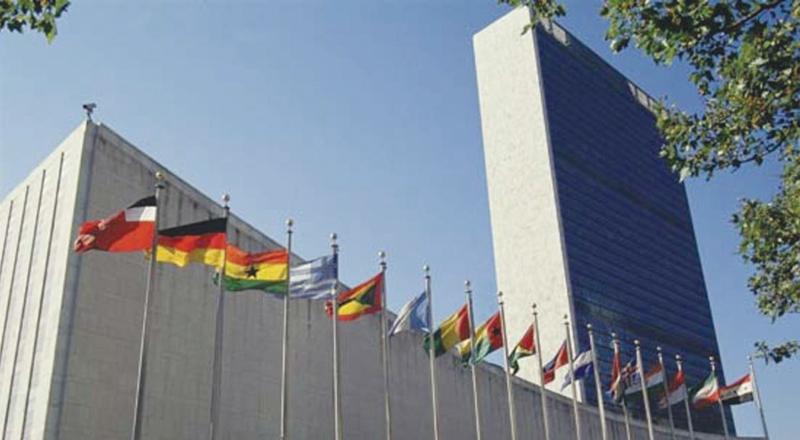 What matters in foreign policy today is how we behave before the world carefully scrutinising and watching us. In the Sri Lankan context it is the Constitution and the Leader of the country (President in Sri Lanka) who formulates and conducts the foreign policy with the Cabinet of Ministers and the expert advisers as the issues are complicated and involve the future of the country, foreign policy being the forerunner of the government and the state mechanism.

Therefore, we have mooted that there should be a separate Chapter in the Constitution on foreign policy in great detail. This depends on the culture, economy, domestic policies and the present and future strategies of the country. It is the frontier of the state on international, economic, political, security and all other affairs in governance. It reflects the image of the state and the positions/ standings taken in the world and acts as the forward runner. It is the cornerstone of the state on the conduct of international affairs which is an extension to the domestic policy.

Generally, the Head of State formulates and implements the foreign policy depending on the political and economic policies and climate of the day, and through the Ministers and advisors. The Head of State appoints the Ambassadors, and the Foreign Ministry is managed by the Minister of Foreign Affairs with the experienced foreign office officials and the network of Ambassadors worldwide under the direct supervision of the President who is responsible for the foreign policy of the country.

The Indian foreign policy is somewhat static and policies and interests shift based on the needs and interests of the nation and the national and security interest of the country with slight changes on policies, and comes directly under the Prime Minister. The USA, the Russian Federation, China and world powers focus special attention on foreign policy handled directly by the Head of State. In India governments may change but the policies and foreign policy structure will be static with gradual and carefully calculated changes. In the USA the President formulates the policy subject to great scrutiny, being a world economic power house. In the United Kingdom the Prime Minister formulates and implements policies openly discussing them in Parliament which is supreme. In Russia the President is responsible for foreign policy, giving priority and emphasis to national security. In China it depends on economy and policies of governance and the leader on national interest.

In the rest of the world nations give top priority to foreign policy and its implementation on promotion of economy and development which is the current trend based on economic diplomacy in today’s context.

The main theme of the foreign policy in Sri Lanka has been on the motto – friendly with all and angry with none based on the non-alignment policy when Sri Lanka and India jointly gave leadership to the non-aligned movement, in the golden era during the non-alignment summit. It is doubtful whether we are still active and a leader in the movement in the current complicated world order in the recent complicated economic and political maze to maintain Sri Lanka’s friendly foreign policy when friends and neighbours are only concerned of their own nations over their interests. Much is discussed on the principle of neighbourhood first, and to look at Asia to maintain goodwill with neighbours.

Madam Sirimavo Bandaranaike once said that non alignment is not keeping quiet and being neutral, but being active as a non-aligned nation in the Group that she gave leadership to jointly with India. Her view was that the Non Alignment Movement is a living force with a purpose and an aim. India and Sri Lanka led the nonalignment force as equals when Madam Bandaranaike settled most complicated issues such as the Kachchativu island.

Sri Lanka’s relationship with her neighbours is friendly but not without differences mainly with the powerful neighbour India 50 times bigger than Sri Lanka with a population of 1.3 billion against 22.9 million in Sri Lankan, yet maintaining close cordial relations throughout the history. Friendship with India goes back to 3rd BC (though there are historical information that goes back to Rama, Ravana stories, when Devanampiyatissa of Sri Lanka and Dharmashoka of India exchanged pleasantries and were close friends when King Asoka sent his son Arhath Mahinda and daughter Sangamitta as emissaries to propagate Buddhism and enhance friendship with Sri Lanka which resulted in the dawn of a new culture based on the teachings of the Buddha.

Sri Lanka had cordial relations with her neighbours and SAARC members. The main regional groupings with Sri Lanka are SAARC and BIMSTEC with two different groupings on trade, economics and geo -politics. SAARC consist of Afghanistan, Bangladesh, Bhutan, India, the Maldives, Nepal, Pakistan and Sri Lanka with 21 percent of the world’s population. BIMSTEC consists of Bangladesh Bhutan, India, Myanmar, Nepal, Sri Lanka and Thailand with 1.5 billion population. India is more comfortable with BIMSTEC than SAARC due to the membership of Pakistan in the SAARC group based on complications on geo politics in the region. Sri Lanka maintains good relations with all. The President wishes to be closer to the neighbours and maintain good relations with all keeping in line with the traditional foreign policy.

The United Nations Organization was brought into force on October 24, 1945 based on the principles of sovereign equality of nations formed establishing a new world body in place of the League of Nations. Are member states really sovereign? In terms of Article 2(7) of the UN Charter on enforcing measures under V11, when Iraq was unreasonably punished on allegations of possessing nuclear arms of mass destruction (which was never found) and steps that can be taken on subsidiary instruments of the UN on alleged human rights issues.

When a nation ratifies instruments they are bound by the contents and consequences. Can a nation abrogate from an agreement unilaterally, is a moot issue when the USA withdrew from the Human Rights Commission. Can a small nation such as Sri Lanka do it is again a moot question. Sri Lanka has ratified around 114 instruments which includes the UN Charter and all connected instruments (including WTO,IMF, ICJ etc.)

The Accord was signed ( according to contents) to establish peace and normalcy in Sri Lanka attaching utmost importance to strengthening and intensifying the traditional friendship of the two nations aiming well-being and prosperity to all communities living in the Island. But after the peace accord was signed on June 4, 1987, food and medical supplies were dropped into areas held by the LTTE.

We are victims having made mistakes throughout history such as blunders made in the 1815 Agreement with the British and the Sinhalese Chiefs, the Indo Sri Lanka Accord of 1987 signed under pressure, the Singapore Agreement, two Genèva Resolutions (30/1 and 40/1), and many trade agreements entered with less publicity are bitter lessons for us to have new legislation for such international agreements to pass through Parliament with a two-thirds majority and to draw up a new Chapter in the new Constitution on foreign policy and implementation.

These are lessons learnt with hard work and sacrifices and it is time for us to think thousand times before entering into any international agreements concerning the future of the nation, either in the form of joint ventures or MOUs as we are in trouble now after giving over our Oil Corporation to ILOC in 2003 (during the former Prime Minister Ranil Wickremesinghe’s period) without much publicity. Today 1/3 of oil firms with 850 acres and 235 servo stations are in the hands of the same company with one-third storage facilities, and 35 percent of market share. A sorry state indeed.

In the new world order nations give priority and special emphasis to the economy promoting themselves with their network of efficient Ambassadors and network of vibrant embassies working round the clock. World powers renewed their friendships with the member nations especially after the Corona pandemic that has changed the world struggling to recover which may be uncertain or take years. We must look for Sri Lanka friendly policies for the prosperity of our nation and not follow any other group or ideology.

The economic war is in a precarious situation for us though we won the battle against terrorism with proper management schemes and strategies of foreign policy by then President Mahinda Rajapaksa and incumbent President Gotabaya Rajapaksa assisted by the energetic group. The next challenge ahead is the threat of UN actions on the human rights area while our friends Russia, Cuba and China have already pledged to support us in the event of any resolution against us when UK with six other nations flanked by the diaspora and a battery of Non-Governmental Organisations with Michele Bachelet, the High Commissioner of Human Rights are planning a resolution on Sri Lanka and urging the UN to take steps via subsidiary bodies.

It is the reality that the main requirement at this hour is friends in need, and a coherent foreign policy with quality Ambassadors and Foreign Service with an efficient network of Embassies worldwide to fight the battle on the economic front , the threat and drawback on the Corona pandemic and anti Sri Lankan campaign.Sarath7@hotmail.co.uk

The writer is a former Ambassador to UAE and Israel, former Chairman Consumer Affairs Authority and President Ambassadors’ Forum.