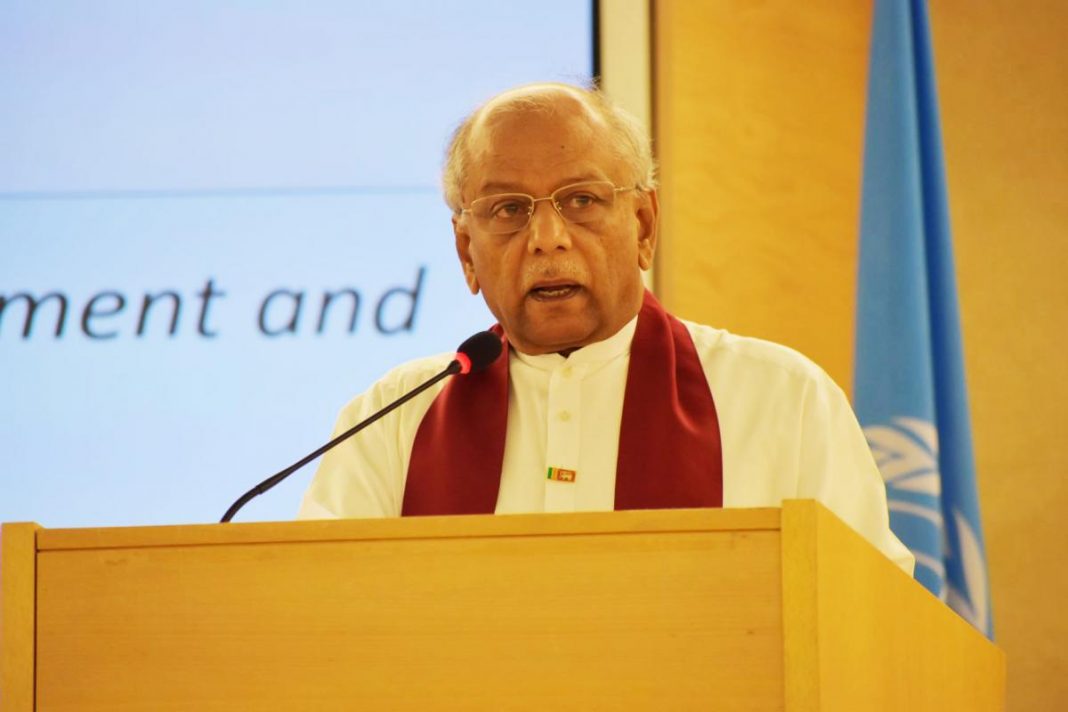 Foreign Minister Dinesh Gunawardena said that the allegations raised by several countries including the UK, Canada and Germany, of human rights abuses in Sri Lank, is an action taken for political purposes, by concealing the truth.

A vote is scheduled to be held on 22 March 2021 on the allegations made by several countries against Sri Lanka, at the 46th session of the UN Human Rights Council (UNHRC) in Geneva. Responding to a question raised by journalists at the Foreign Ministry in this regard today, the Minister pointed out that it is not the responsibility of an internationally recognized Human Rights Council to accuse or take a vote on the internal affairs of our country.

“Over the years, various allegations have been levelled against our country, alleging human rights abuses. We have been cautious about this. After our government was elected, a Presidential Commission has been appointed to investigate human rights allegations. Funds have been allocated from the budget to activate the Office on Missing Persons. While the present government was taking a number of such positive steps, it was not fair to ignore it and accuse us repeatedly in various manners at the Human Rights Council in Geneva” the Minister said.

Minister Gunawardena.said that the Government was attempting to defeat the false accusations levelled against th ecountry.

He also said that several friendly countries have joined hands with Sri Lanka and he hopes India will also support the island. (Easwaran Rutnam)