Some points for Patali 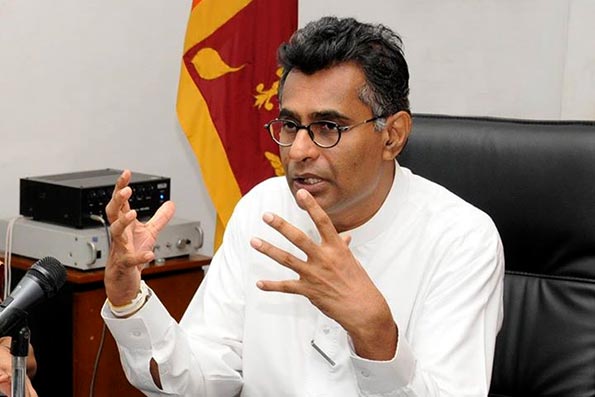 Sudat Pasqual raises some interesting points about the potential of Sajith Premadasa as Opposition Leader (“Sajith Premadasa needs to get his act together“). Give Sajith some credit: he toppled a man hailed for almost 25 years as a liberal deity. Ranil Wickremesinghe’s political days may or may not be numbered, but Premadasa’s mutiny has sidelined him in a way that not even the most fervent supporters of this regime could. There was only one way for Wickremesinghe to be thrown out, and that was from within. Premadasa administered the coup de grâce beautifully.

I’m still not convinced Premadasa has what it takes to defeat Gotabaya Rajapaksa, even in 2024. This is less a compliment to the man in power than it is a word of caution to the man heading the opposition against him. Mercifully, the latter seems to have abandoned the neoliberal shtick his predecessor in the Opposition Leader’s post and that man’s menagerie embraced. Mangala Samaraweera may say that Wickremesinghe was the best president we never had, but that is utter codswallop.

Premadasa has, given all this, improved vastly since November 2019. Yet he keeps getting bogged down by the shortcomings of his own personnel. He has to bear the brunt whenever they insert foot in mouth, as witness Harin Fernando’s idiotic rant against the Archbishop, more idiotically made on the eve of an election. As of now there’s just one MP in the Samagi Jana Balavegaya who has proven himself to be the superior to his critics in the government, and that’s Champika Ranawaka. Yet Ranawaka’s prospects aren’t exactly brilliant either: he had to put up a hefty fight, and even then he lost vast swathes of Colombo to his colleagues.

Between Premadasa and Ranawaka there’s not much of a difference. The only real difference is that Premadasa courts a more populist vote bank in Colombo than Ranawaka. The latter’s strength comes from mostly Sinhala Buddhist suburbs: from Nugegoda to Homagama. Indeed that’s where he got the bulk of his votes, even as a Hela Urumaya candidate back in 2004. Premadasa’s electorate is more diverse and multiethnic: it courts not just the cosmopolitan Buddhist vote outside the city, but also those from other ethnicities in his father’s stronghold within the city.

Ranawaka’s prospects can improve only if he summons the courage to go beyond his base. He is not a populist in any sense, which is as much a strength as it is a stumbling block. Time and time again, he’s made evident his preference for Gradgrindian facts and figures over Aeschinesian flourishes of rhetoric. The mostly suburban Sinhala Buddhist middle-class and young electorate that craves for him appreciate this in him, yet it has hardly made an impact on communities outside that milieu.

For Champika Ranawaka, a man who Uvindu Kurukulasuriya in a Facebook post once described, correctly, as the only viable presidential candidate left to be pitted against the Rajapaksas, to transcend the limits of his crowd, he must expand vertically and horizontally.

He must expand vertically by appealing to other ethnicities within his electorate, Colombo. The SJB vote in Colombo went to centre-right figures like Harsha de Silva and ethnicity driven rabble-rousing figures like Mujibur Rahuman. His program must ameliorate the mistrust that’s keeping this crowd from reaching out to him. That mistrust has a lot to do with his past association with the Hela Urumaya, but the past is past. Enough with it: he must come out, and strike a chord with these people.

He must expand horizontally by appealing to the Sinhala Buddhist crowd that lives outside his electorate. For a man who takes great pains to show himself as a kid from the village — something not even the Colombo born Premadasa can do — Ranawaka remains less well heard off than other SJB candidates beyond Colombo. A well planned out strategy to overcome this would include lowering his aloofness, becoming more open and friendly while refraining from indulging in Rajapaksist theatrics.

The Sinhala Buddhist middle class youth of Colombo’s suburbs are as much a bubble as Ranil Wickremesinghe’s Kolombian hosanna singers. Champika can, and must, get out of this bubble. He must engage in a two-pronged strategy, appeasing the sentiments of Sinhala Buddhists beyond the city while winning the hearts and minds of other communities within the city. That’s the winning path Champika can take, and should take.