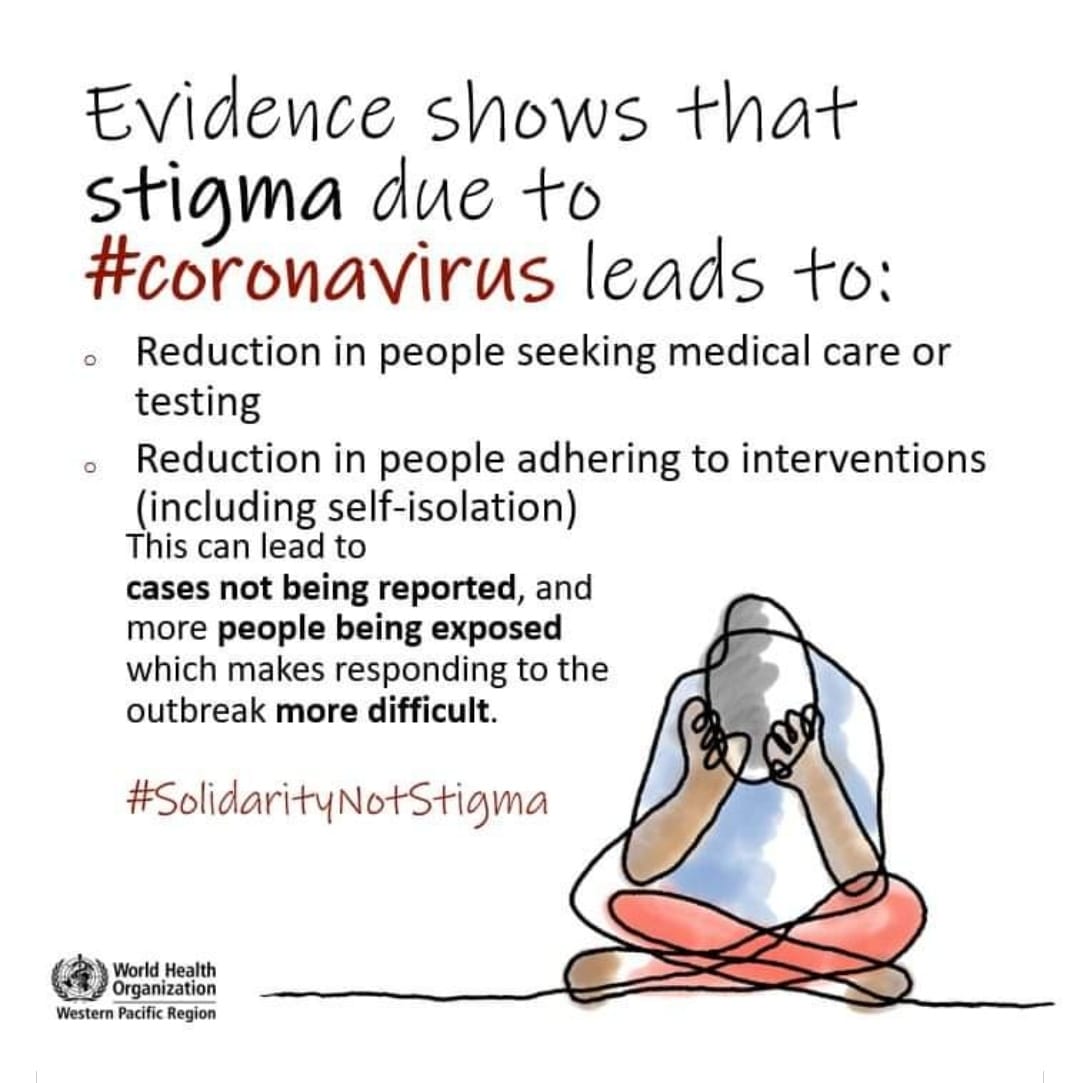 The World Health Organization (WHO) hasn’t exactly covered itself in glory vis-à-vis COVID19. Excusable because it was unanticipated and moreover is one of those things whose behavior is too mysterious to pin down quickly. The spread and destruction didn’t give anyone any breathing space. So there was trial and error. However, there was a learning curve too.

Research is ongoing. The virus is still riding high. And yet, typical of pandemics, there’s fear and there’s stigma.

Dr Malik Samarasinghe has posted a trite note from the WB on Facebook which amounts to timely advice. Let’s repeat.

Evidence shows that stigma due to #coronavirus leads to: a) reduction in people seeking medical care or testing, and b)reduction in people adhering to interventions (including self-isolation). This, in turn, could lead to cases not being reported and more people being exposed, which makes responding to the outbreak more difficult.

The recent surge has put Brandix on the spot. Brandix has responded but few seem to be convinced by claims of absolute innocence. The jury is out on this. Then we have the infected, mostly people working at Brandix. Then we have at least one person identified as being infected ‘taking a break’ so to speak. He ran away. The escapee, according to some, was a drug addict and the assumption is that he fled because a need had to be fixed. Well, anxiety is not the preserve of ‘druggies.’

‘Shoot him!’ Some have urged.

Now that is the knee-jerk we need to lock down. It’s a pandemic. There are lots of unknowns. People have died and are dying. It’s natural to be anxious or even terrified.

As many have pointed out, the ‘disdain’ ends the moment you find that you are infected.

We don’t have to wait for that in order to be better citizens and to demonstrate solidarities. Sure, there may be a few who keep quiet and thereby endanger a lot of people including family, friends, co-workers and indeed lots of others. Part of it is fear. Part of it is the stigma. We need to appreciate this. We need to understand. We need to support the infected and quarantined because

TOMORROW WE COULD BE THE PERSON WE ARE BADMOUTHING TODAY!

Well, not only because of that, but if that’s what it takes, so be it.