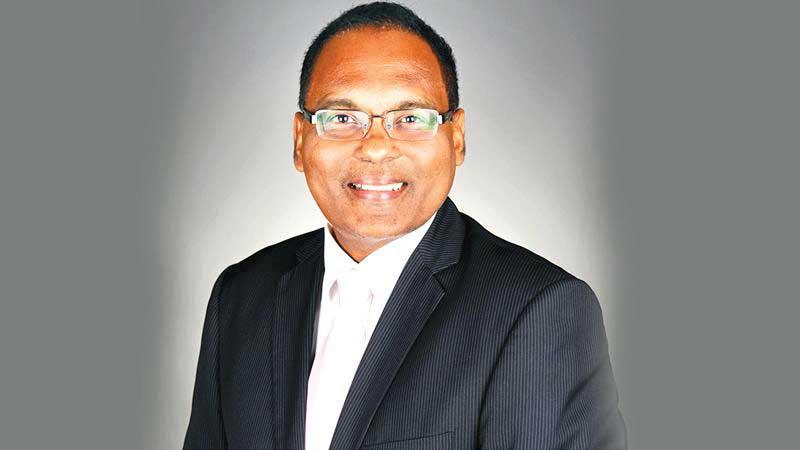 Tamil community desists return of LTTE to be achieved through foreign Parliaments:

India’s National Investigation Agency (NIA) last Tuesday arrested a former LTTE intel operative on charges of playing a crucial role in reviving the defunct outfit. In this backdrop, the Sunday Observer spoke to Prof. Rohan Gunaratna who continues to study developments with the LTTE. He believes the terror group is much active in the international front, although it was decimated militarily in Sri Lanka in 2009.

Professor Rohan Gunaratna is Director General, Institute of National Security Studies and Senior Advisor to the Faculty of Defence and Strategic Studies at the Sir John Kotalawala Defence University. A former Senior Fellow at the United States Military Academy at West Point, he received his PhD from St Andrews University where he was a British Chevening Scholar.

Q: An LTTE member was arrested this week in Chennai with a haul of arms. He was a senior intelligence operative of the LTTE and is trying to revive the defunct group, the Indian security officials have revealed. Do you believe the LTTE is in a revival state?

A: The LTTE is entering a renewed phase of threat. The South Indian based LTTE operators are engaging in criminality smuggling weapons and narcotics. West based LTTE functionaries are using votes and donations to move resolutions against Sri Lanka.

The threat diminished after the LTTE organisation in Sri Lanka was dismantled in May 2009. Today, the LTTE strategy has shifted from propaganda, fundraising, procurement and shipping in the pre-May 2009 era to lobbying, litigation and law making. The investigations revealed that the LTTE international network was behind the “genocide” resolutions in Ontario, Canada in May 2021 and New South Wales, Australia May 2021 and the “genocide” protocol in Palermo, Italy in September 2021. Using constituency pressure, LTTE front, cover and sympathetic affiliates taking the face of human rights, social, cultural and welfare organisations seek to influence and infiltrate political parties. The plans by LTTE fronts in the US to move a resolution in the US Congress to declare the North and the East as “Tamil homeland” were prevented.

In parallel to political and diplomatic efforts by the LTTE, its intelligence operators in Europe and North America directed 16 LTTE attacks on Sri Lanka. They were disrupted with the flow of information from members of the Tamil community that does not want the return of the LTTE.

Q: Who is this 47-year-old operative Sathkumam? Is he living in India with his family? What is his background?

A: Tamil Nadu based LTTE member Sathkumam alias Sabesan was serving a LTTE network engaged in smuggling narcotics and weapons to Sri Lanka. Before he travelled to India, he served the LTTE rank and file. After he was injured in the shoulder, Sathkumam served in the LTTE intelligence wing under Pottu Amman. In 2004, the LTTE stepped up its secret program to smuggle drugs to raise funds and to introduce drugs to Sri Lankan youth in the South. The LTTE trafficked heroin and marijuana from Rameshwaran and Danushkodi to Mannar and Peshali, Nachchikuda and Wedithalathivu. To support LTTE operations in Tamil Nadu, LTTE intelligence wing deputy leader Kapil Amman sent Sathkumam to India in 2007. The Indian authorities arrested him for drug trafficking and was jailed in Madurai from 2009-2019.

After Sathkumam’s release, he relapsed and reengaged in trafficking drugs. In addition to relocating Sathkumam’s family to the UK, Indian investigators reveal he transferred proceeds of crime to fund the LTTE’s revival.

Q: Do you think the LTTE’s drug, crime and people smuggling operations continue uninterrupted despite the group’s military defeat in May 2009?

A: The LTTE did not stop the fight for separatism in May 2009. Operating in the shadow, the LTTE intelligence wing and its international network continued the campaign. Since its inception, the LTTE was funded through criminal enterprise and coercing the Tamil businesses and intimidating the community. From bank robberies to bank and cheque fraud, and people smuggling to drug trafficking, the LTTE raised funds worldwide. The LTTE front in France, the Tamil Coordinating Committee (TCC) came to the attention of Interpol for its role in trafficking drugs. The French police arrested V. Manoharan, the head of the TCC and subsequently head of the LTTE International Secretariat, for possession of heroin.

The courts jailed him for two years. He had to pay a fine of 120,000 francs as well. As his operation was authorised by the LTTE, Manoharan’s family received his salary from the LTTE, while he remained in French custody. The money from criminal proceeds was laundered to buy weapons from the Middle East, Eastern Europe and from North Korea, the procurement hubs of the LTTE.

According to the LTTE international chief and its international accountant, the LTTE also paid to human rights activists to lobby the UNHRC in Geneva including a nongovernmental organisation accredited by the United Nations Economic and Social Council. With the remnants of the LTTE international network lobbying Western Politicians with votes and donations, host governments are concerned of the commingling of funds. That is the fusion of funds between LTTE criminal proceeds and diaspora individual and business contributions.

Q: Do you think the assistance by foreign governments to Sri Lanka to prevent a revival of the LTTE is adequate? There is an allegation that the LTTE has penetrated the British and Canadian parliaments? What is your take on that?

A: The Sri Lankan authorities continue to work with their foreign counterparts on security matters. The LTTE will remain a proscribed organisation in the foreseeable future. Nonetheless, the LTTE will continue to engage Western politicians and officials including diplomats in its effort to delist the LTTE for two purposes. First, to start operating again and second, gain access to frozen LTTE funds. According to the US law enforcement authority, the FBI, in the past, “Pratheepan and defendant Murugesu Vinayagamoorthy were also involved in the attempted bribery of purported U.S. State Department officials to remove the LTTE from the list of designated foreign terrorist organisations. In addition, Vinayagamoorthy participated in laundering LTTE money through a Swiss bank account to covertly fund a U.S. Congressman’s trip to the LTTE-controlled territory in Sri Lanka.

The LTTE international network, especially the LTTE Canada and Europe has been lobbying their host country politicians incessantly. However, the LTTE suffered a setback when the Manchester High Court in 2020 ordered the British Tamil Forum (BTF), the LTTE front to cease operations under the Insolvency Act 1986. Through a judgement delivered on July 20, 2020, the BTF was ordered to pay compensation to Roshini Sivagurunathan, the petitioning creditor, together with legal costs out of the assets of the Tamils Forum UK Limited. The BTF served as the Secretariat of All Party Parliamentary Group for Tamils (APPGT). To lobby the UK politicians, the Tamils for Conservatives and the Tamils for Labour have been infiltrated by LTTE members and their second generation. In return, British politicians have mounted pressure on the Foreign and Commonwealth Office and made representations against Sri Lanka at the UNHRC in Geneva.

Q: The Government is being pressurised by the international community – European Union on one side and the UNHRC on the other – to repeal the Prevention of Terrorism Act (PTA). In this backdrop, what do you suggest, should it be repealed or revisited?

A: The global threat of terrorism has evolved since the Prevention of Terrorism Act (PTA) was enacted by the Sri Lankan Government as a temporary measure in 1979 and made permanent in 1982. In the fight against terrorism, there are times when one cannot wait till a person who has energised himself to commit terrorist acts in fact commits such an act.

Having taken into consideration his antecedents and propensities, with the view to protecting national security and the imminent likelihood of his committing an act of terrorism, there is a need to detain him as a preventive measure. The Emergency Regulations provided for preventive detention.

The Supreme Court has viewed it and concluded that preventive detention is not inherently unconstitutional, provided the decision to detain a person is taken upon an objective consideration of relevant material and the need for continued detention is reviewed periodically. Although it is very important to keep jobs and the inflow of foreign currency, retaining GSP+ is only an incidental outcome of enacting an effective counter terrorism law which is compatible with human rights norms.

What does the State achieve by having a good counter terrorism law? The ability to give effect to criminal justice response to terrorism. It would entail effective investigation of acts of terrorism, identification and arrest of perpetrators, their detention, prosecution, punishment and rehabilitation. Why should we not merely stop at attending to the requirements indicated by the EU? Because, we must make use of this opportunity to develop a better counter terrorism law for our country. We need a new law that will give rise to a fine balance between the need to efficaciously counter terrorism, while adhering to the rule of law which will not lend itself to human rights violations.

The revised law needs safeguards to prevent it from being abused by law enforcement authorities. The human rights law has evolved during the past 30 years and the PTA remains dated. The PTA is no longer compatible with the evolved internationally recognised counter terrorism norms and standards, including certain UN counter terrorism conventions and resolutions. The revised law should be compatible with human rights standards to which Sri Lanka by international law is required to adhere to. The revised law should provide for registered rehabilitation programs as an alternative to prosecution.

Q: Adele Balasingham who was behind LTTE child soldiers and women suicide cadres, is living in London with her three children, and the LTTE is said to be building a cemetery for their dead in Oxford. How detrimental are these developments for peace in Sri Lanka? Shouldn’t the Sri Lankan Government raise these issues with their counterparts in Britain?

A: The LTTE remains a proscribed organisation in the UK. However, the LTTE UK remains active largely in the political and diplomatic domains. The Sri Lankan Government should work with the British Government to address the geopolitical concerns and security challenges.

Since the LTTE International Secretariat was located in London for three decades, it is correct that the UK remains a hub for LTTE activities. One of the active LTTE front in the UK, the World Tamils Historical Society Community Centre in Oxford commemorates the LTTE events including its suicide bombers. There are over 100 key LTTE functionaries including Adele Balasingham living in London.