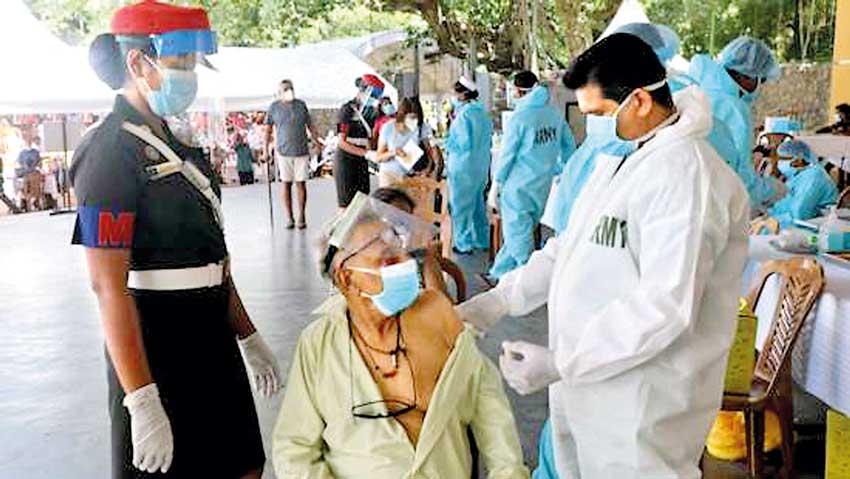 Kagemusha is the name of a highly acclaimed film directed by Akira Kurosawa. Kagemusha is a Japanese term for a political decoy. It means ‘shadow warrior’ and refers to a look-alike tasked to impersonate a dying lord for a period of time to dissuade the enemy from making moves on a clan that could be vulnerable. The term came to mind when reading the opinions of experts who have crawled out of the political woodworks to advise the government on what and what not to do regarding the Covid-19 pandemic. Well, not because they are decoys from the same camp, but the juxtaposing of the term ‘shadow cabinet’ with that of ‘warriors’ (who are not!), then or now.
The thrust of this article is not about doctors. I am not talking about PHIs. No, not the SLMA or the GMOA. However, a few things need to be said about these organizations and their spokespersons.

The people in these organizations, spokespersons included, are no doubt in the frontlines of the battle. They see and feel more immediately than others, except probably the security forces and the state intelligence officers. They have a right to opinions and their opinions need to be heard.

Some claim that Sri Lanka’s death rate is now higher than the highest point in the Indian experience. No one bothers to say, for example, what factor was divided by what factor to get the ‘rate‘. The fact we all know is the importance of vaccinating those who are at the highest risk

Trade unions, medical or otherwise, are by definition about furthering interests. They can talk of general issues, but one cannot forget why they exist. Professional bodies are different.

The SLMA, for example, I have learned, has proposed an exit strategy for the lockdown related to the ‘third wave’ to all relevant decision-makers from the President downwards replete with significant content with technical facts. Understandably, the SLMA is not bound to publicize such documents. Perhaps the decision-makers haven’t followed recommendations to the letter. Perhaps they ignored them altogether. Maybe this is why statements made in the public domain by SLMA spokespersons have been rather grave.

On the other hand, serious though the pandemic is, it would be silly to forget everything else. The SLMA understands medical issues. Relevant professionals are not excluded from decision-making on the pandemic. Balance of one kind or another has to be achieved. To put it bluntly, doctors are not experts on handling economic, social, political and cultural issues.

The flip-side is also true. A non-medical task force with sufficient sway to move all security personnel would be useful but not sufficient. To put it bluntly, soldiers may know something about administering first-aid, but an armed force, even if it contains medical professionals, is not equipped to handle a serious medical issue that affects even a community, let alone an entire nation. Balance, let me repeat, is necessary.

Politicians; a different breed altogether. Ranil Wickremesinghe, for example, wants the Presidential Task Force on Covid Suppression dissolved. He insists that the Task Force should be held responsible for the over 5000 deaths. His argument is that the Task Force is not a constitutional body. He wants ‘relevant powers vested with experts in the field.’  Not too long ago he wanted the Cabinet of Ministers to make all relevant decisions, but at the time he didn’t elaborate on the level of ‘expertise’ in that august body. If one went along with his suggestion, endorsed by colourful and maverick former side-kick Rajitha Senaratne, everything would have to be handled by the Ministry of Health.

What such people forget is that this is not an ordinary situation. Extraordinary circumstances necessitated extraordinary measures. The Task Force hasn’t stopped the pandemic. No country has been able to eradicate Covid-19. China has been admirable in this regard, but then would Wickremesinghe want a China-like
Sri Lanka, a one-party system, ‘dictatorial’ in the books he swears by so to speak, ideologically and politically? Should all those battling Covid in every country who don’t have a medical degree be hoofed out?

Yes, the military is playing a role. Now, those who did everything possible to render the country vulnerable to terrorist attacks by badmouthing and even subverting the military apparatus, love to cite this as proof of ‘militarisation’ While the medical professionals have the most important role to play in the medical aspects of combating the pandemic, given the spread-potency of the virus, there are vital areas in the policy-mix that they are in no way equipped to handle. Tracking and tracing, for example; enforcing restrictions, for example.

Just imagine a ‘task force’ made of medical experts and no one else. How on earth would they go about doing all that? They would have to appeal to other ministries for support. These are stressful times and relevant actors need to work hard and fast. There is no logic in a homogenous body.

Let’s flip it again. Weren’t there ‘medical experts’ who ranted and raved about the ‘Chinese Vaccine’ and did their all to stop the Sinopharm being administered? Are they going to take responsibility for death that may have been caused by the delay? Weren’t there ‘medical experts’ who extracted salary-hikes in the midst of the pandemic from a government which, in the opinion of other ‘experts’ was cash-strapped? What kind of moral territories do they inhabit? Stuff to think about, eh? Has the Task Force failed, as some argue? People toss around numbers. Some claim that Sri Lanka’s death rate is now higher than the highest point in the Indian experience. No one bothers to say, for example, what factor was divided by what factor to get the ‘rate.’ The fact we all know is the importance of vaccinating those who are at the highest risk. Another fact we also know is that over 98% of the victims didn’t even have the first jab and of the rest, the vast majority are either over 60 years of age or had other health issues or both. The Delta Variant is potent. The viral load is extremely high. Whether a cabinet led by Ranil Wickremesinghe (or by the SJB or JVP for that matter) would have insulated the country from the Delta variant is of course open for speculation. Track-records in handling crises might yield an answer.

So there are warriors who can make as much noise as they want, knowing fully well that they won’t have to front-up and face enemy-fire. They can lurk in the shadows. They can smirk. To them, all that needs to be said would be on the following lines: if you haven’t got the jab, get it; if you got the jab, first say ‘sorry’ and then say ‘thank you’; wash your hands regularly, maintain social distance, use hand-sanitizers; remember that some memories are long and the shadows of your past fall upon the present and probably will creep into the future.