Senor Dayan, the squealer in the school yard 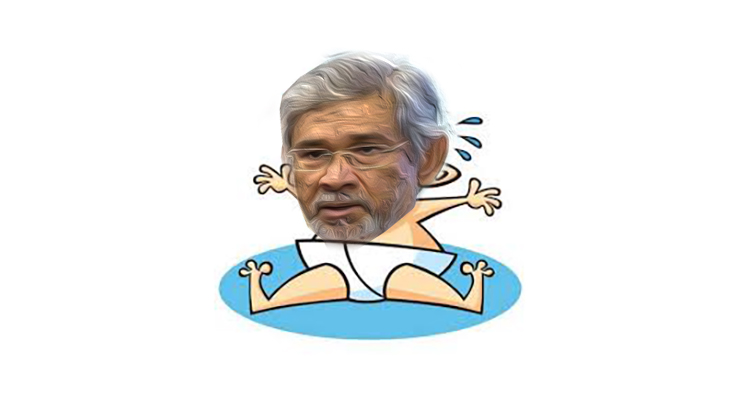 Geneva Jayay Dayan is now the Senior International Relations Advisor to the SJB, a party circum-sized from the UNP. The UNP was earlier formed to continue colonial merchant domination under various forms of fancy dress and drag.

First we do not know what “Senior” means. Maybe it’s some English public school designation, the equivalent of what our mercantile wonders call “the executive” (further modified in our corrupt corporate culture as ‘junior exec’ and senior exec’).

The junior advisors or the shadow advisors (and those who advise with funds, that only a democratized transparency and advisors that are National and not just International can tell us) are not readily revealed.

This Senior International Relations Advisor tells us that government Minister Weerasekera “finds comfort in a specious parallel with India’s recent policy on Kashmir.”

Dayan’s point is what will Weerasekera do when the parippu comes dripping down like napalm from a B52?

He quotes Weerasekera: “In August 2019, the Modi Government in India stripped the contentious state of Jammu and Kashmir of autonomy after seven decades depicting it as a ‘historical blunder.’”

Well, that is what their Indian government said, no?

Like some squealer in the school yard running to the head master, Dayan minces to add: “Weerasekara also displays a pathetic tendency to hector Delhi, accompanied by wagging finger”:

He evokes another Weerasekera quote: “Likewise, it would serve India and other external powers well to correct the historical blunder of intervention in Sri Lanka and allow Sri Lanka to determine her mode of internal governance.”

Well, ain’t that the truth? Ample are the revelations of India’s funding, training and nurturing of terrorist groups. There is also ample evidence of what is known as Indian leaders’ paternalism and claims to ‘ownership’ of this country. Recall what Nehru did to the LSSP.

To Dayan: “What Weerasekara fails to digest is that his perception of India’s best interests and the similarity between President Gotabaya’s policy on the Provincial Councils and Prime Minister Modi’s on Kashmir notwithstanding, the External Affairs Minister of India said what he did in Colombo, in the precincts of the Sri Lankan Ministry of External Affairs, about the 13th Amendment, meaningful devolution and the commitments made by the Government of Sri Lanka”.

We all now know of the context and the failure to fulfil such promises and commitments on all sides… but.. but…  “Notwithstanding”? Just like that. So PM Modi and Pres. GR agree?

We understand the Indian government cut off all of Kashmir’s links, internet and other, to the outside world. So we can now only divine what meaningful devolution is taking place there.

Likewise all internet was cut around Delhi to repress their agricultural workers’ protests.

Now we are sure this is not illegal.

And it is India’s right to do what it wishes in its own country, about which Indian people will certainly and eventually decide.

But, Dayan, is it despotism? And GR has not done anything such thing. And maybe he should, to keep up with the boys in the hood.

Our beloved Free Media Movement utters not a word about such Indian ‘censorship’, though they call Myanmar’s recent moves, “a deathblow against democracy.” Unfortunately, whenever we see or hear the word ‘free’, we know it comes dollarized and weaponized by the U-no-Hoo!

Now, for the life of us, we know not a fug about Kashmir. We know it was divided between India and Pakistan, and two Kashmirs created as ‘Mother’ India was divided. As with all communities on borders worldwide, there are an equal number of US, English and EU State Department sub-departments who have plans to play one against the other and all against all. That too is their right. And it is our right to oppose such architecture.

Also, the USA and allied petro-policeman Israel ignore UNHRC Resolutions with impunity. And India has told the UN point blank that it was not ready to talk about Kashmir.

Dayan, this Senior IR advisor, insists we are ‘too small” to be honest, and instead have delusions: “a superpower complex.” So we should just shut up…and bend over.