‘Scrap the presidency’ is a conditioned reflex 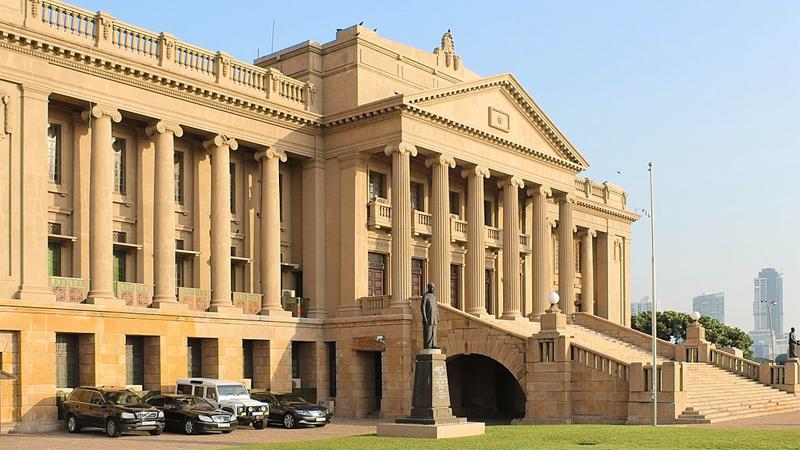 Why is Sri Lanka unsuited for a presidential system of government? Because, it was an idea that was hatched in the head of a single person, according to a pundit who has done a veritable treatise on the subject in a local newspaper.

The said writer apparently scoured the biography of the late J. R. Jayewardene the brain behind the Sri Lankan presidential system, and he laments that Jayewardene did not write an autobiography. One may thank the late President for tender mercies.

The presidential system is much maligned in Sri Lanka says the writer.

Who would have guessed? That it would be in the crosshairs at this time when President Gotabaya Rajapaksa is reversing years of neglect and malaise in the country is not a revelation. It’s so much to be expected that it’s trite. What do you expect the JVP to do for instance, when there seems to be a sign of success in government after what seems to be ages?

To throw a spanner in the works of course, and try their utmost to retard any progress. They live for it.

But anyhow, onto the substance of the arguments made about the presidential system. It is stated by the writer referenced, that it’s a system that worked in the US and France and that the late Dudley Senanayake said it would be good for a Nkrumah or a Nasser.

It’s also at least impliedly stated by him that this being something that was an idea ‘in one man’s head’ it was not a system of governance that had any real enthusiasts or backers in this part of the world.

Does that mean that the presidency was a device that had some utility in France and the US, towering industrialised giants, and had no resonance or political utility in these parts?

How does this argument hold water? Close to home, there is the South Korean example that can be referenced in this regard.

The presidency had its roots in South Korea at a time the country was nothing like what we know of it today. The first President of the country, Syngman Rhee took office in 1948, when South Korea was a struggling backwater that was more notorious for its poverty and its slums than anything else.

There was a time in the remembered past that slums or wattes as they are called now in this country were called Koreawas. The inference was plain; the slums in Colombo and outskirts evoked the then story of Korea, which was wracked by poverty, and held no hope.

But this was the time the presidency came into being in South Korea. It was a South Korean President, Park Chung Hee that engineered the Miracle of the Han River, the astounding transformation that put the country on the path of development and first world nation status as we know of it today.

People put down the breathtaking Korean transformation to one man’s effort and ingenuity — and that man was Park. But, remember, Park was a President.

Park was no Westminster style premier who was subject to the much touted ‘checks and balances of the legislature’ or whatever that kind of oversight is imagined to be.

Before anyone jumps up and goes into apoplexy about Park, or the circumstances in which he became the man of power and influence that he was, yes, it is acknowledged that Park grabbed power in a coup d’etat.

The institution of the South Korean presidency, established in 1948, did not have a smooth future trajectory, and there is no hiding that.

In the early 60s, the presidency became irrelevant due to a coup by Park, an army general. But that notwithstanding, he later transformed his usurped office into a real constitutionally created presidency, and subsequently got elected to office in national polls that he faced.

It does not mean that he totally gave up his authoritarian style — he retained some of those stripes even as an elected president, and reputedly resorted to various strong arm tactics that may have included torture chambers.

But essentially the presidency prevailed in South Korea, from the time it was a backwater until the country transformed almost miraculously into a powerhouse of industrial production —a rich industrialised nation.

If this is the reality, why deride the thought of a Sri Lankan presidency? The institution, in the right hands, could transform Sri Lanka to an advanced economy, as in the South Korean example — couldn’t it?

For those who say well, but Sri Lanka is no South Korea — aren’t they being nihilists? If not us — who? Shouldn’t that be the real question?

That’s what the South Koreans would have said when in the early days, people made cynical observations about the presidency, in a poverty stricken society. The country was not, after all, the USA or France, was it?

The good thing about South Korea was that the people didn’t make assumptions. They didn’t deride the presidency with observations such as ‘it was something hatched in one man’s head.’ What if it was? The richer the country became, the more liberal and the more democratic it became. But yet, to this day, the presidency in that country stays intact.

Two points in that context that shouldn’t be ignored. Nobody in South Korea said ‘we became a rich country in spite of the presidency’. Reason being that they knew they transformed themselves because of the institution, and not in spite of it.

Nobody said afterward, that ‘now that we’ve become richer and therefore more liberal, or more prone to be liberal as most advanced economies are, we should dismantle the institution’. Why not? Because by now they knew the utility of the institution through experience, period.

Granted that in Sri Lanka, political parties promised to get rid of the presidency time and time again, particularly before elections, because that had become a political slogan. Granted that we didn’t at least substantially become a rich country as South Korea did even with a presidential system.

But it took some time in South Korea too, where it took something more than a strong presidency — an unalloyed dictatorship in-between — to transform the country. But about the previous clamour in this country to get rid of the institution, well, nobody was seen complaining when the battle against terrorism was won here.

That happened at least in part due to a strong presidential system of government, and that’s incontrovertible. Noticeably, the public clamour that was mostly artificially created asking that the presidency be scrapped, was toned down after the battle against terrorism was won, though some of that sentiment may still remain in a much attenuated form.

Saying that the presidency is inimical because there was a societal ‘consensus’ at least once upon a time to get rid of it, sounds rather lame, in that context. Doesn’t everyone know that a major part of that ‘call’ was due to political expediency, and not out of the desire for genuine and positive transformation?

Expediency was what it was, like much of the ‘good governance’ politics in this country. Ranil Wickremesinghe got the 19th Amendment passed and called it good governance, but who doesn’t know that the real reason for the new legislation was that he wanted to grab as much power as possible under prevailing conditions from the presidency for himself, after he ran somebody else from outside his party in the presidential race, because the prevailing consensus was that he couldn’t win if he ran?

Who takes these political slogans for good governance — or getting rid of the presidency — seriously in this Sri Lankan political context? Absolutely, the presidency can have a certain number of negatives, as does any other form of governance, and that’s granted. These pitfalls are balanced however by the substantial positives. What matters shouldn’t be the Pavlovian reaction that posits ‘have presidency, presidency bad’ but the simple consideration of the advantages the presidency can deliver in the right hands.

The people seem to believe the institution is in the right hands, right now. They didn’t deliver a two-thirds to the incumbent for nothing.