Science and science only should decide Covid burial controversy 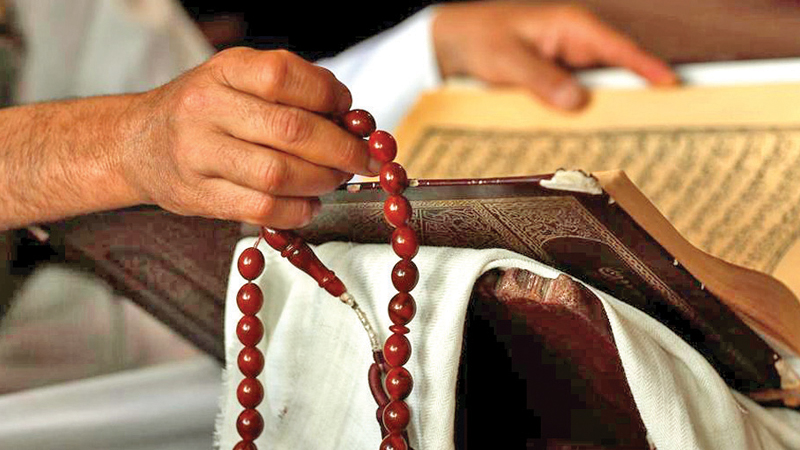 There is a line between baiting a community, and being politely concerned about extremism. This tension between keeping extremism at bay and being civil to a historically co-existing community has come to the fore in the issue of deciding between burials and cremation of Muslim Covid victims in this country.

Muslims do have cultural practices that are on a scale of normality, a little — perhaps by the reckoning of other fellow citizens — severe. Take the Charlie Hebdo affair and what happened recently in France.

The French free-speech advocates insist that the Prophet Mohammed should be depicted in cartoons, but it is a fact that any depiction whatsoever of their religious leader is anathema to Muslims. If that is the case, insisting on drawing the Prophet in cartoons or other pictorial depictions is tantamount to a deliberate affront to a community that has its own strongly held beliefs.

The French say that it is in the interests of untrammeled free speech, but does free speech have to be used to deliberately provoke a community that simply eschews certain practices? What’s the point?

If the French are such keen believers in free speech, they could be doing something more useful with it — such as challenging the hegemony of the one percent that is supposed to own a disparate 50 percent of the world’s wealth, for instance?

Why egg on a community that simply swears by a set of beliefs, one of which is that their Prophet cannot be depicted in any form of art or pictorial rendition— a totally harmless belief if you ask me, that doesn’t hurt a fly.

Insisting on conformity from a community for the sake of it, seems to be nothing but race baiting. Sri Lankan policymakers on Covid 19 prevention took a decision sometime back to disallow burials of Muslim victims of Covid 19, with the intent of preventing the further spread of the disease by contamination of the water table by the virus. This was — it was reported — a policy that was based on science.

Since then reportedly, there seems to be some indecision about that particular decision. But this was certainly no Charlie Hebdo affair. It wasn’t race baiting. It appears that the scientific community that recommended the decision did believe that there could be contamination of the water table due to burials, and therefore decided to mandate cremations even though the Islamic religion apparently has a strict edict on burials for the deceased of the faith, as opposed to any other form of disposal of remains, such as cremation. There have been a few dissenting views on this matter however from a few Muslims themselves who say that there is no religious bar to cremation if the circumstances call for it.

That’s one thing — the adherence to science in deciding public policy. But there are other discernible trends with regard to this whole issue that seem to indicate that there is a different strain of logic — or illogic — that animates the discussion on the issue in certain other sections of society.

In social media for instance, there is some chatter about Buddhists not being able go through with the ritual of the Pansakula when it concerns Covid victims. The argument goes that ‘if we are unable to do it, why should they be allowed to bury’. This reaction may not be in Charlie Hebdo mould, but there is an element of petulance, if not a whiff of race baiting in that stance.

Buddhists are believers in the Buddha’s teaching of impermanence and a ritual such as Pansakula probably falls into the category of a fealty to a certain order — and any such feeling of fealty is in and of itself impermanent as well. In other words the Buddhists are never dogmatic about their rituals and that’s in consonance with the Buddhist teachings of impermanence. So — correct me if I’m wrong here — the insistence on cremation if it is serious, should be based on the science only, and not because it’s felt that there is some contestation in which one religion is seen to be getting an unfair advantage over the other.

Those such as Mr. Muzammil, a Muslim MP representing the NFF, Minister Wimal Weerawansa’s party, are adamant that the science should prevail. These gentlemen may have a point as long as the science is solid on the matter. This columnist is not presuming to know the science, except to say that there is some merit in thinking that burial in a dry area without a shallow water table should not pose any problems, looking at things from a commonsensical point of view.

The point is that, it is easy to see it when people make the argument of no burial based purely on the basis of spite, or of jealousy towards the leeway offered to a minority community. It is obvious when people are attempting to base their opposition on parochial grounds rather than the science — as somebody said, there is no need to define the difference between pornography and art, because when it concerns the former, ‘you know it when you see it.’

People do recognize smut when they see it, and society knows when there is needless provocation, even race-baiting, instead of fealty to the science. Now, on the issue of burial vs. cremation of a post Covid deceased, the science may not yet be fully decided in a technical sense, but there doesn’t seem to be any real case against allowing burials in a dry location where there is no discernible high water table. At least that option can be looked into closely; opposing it with the reasoning ‘these Muslims cannot be treated differently’ doesn’t appear to be very accommodating, to say the least.

There are the counter arguments that Buddhists cannot take a Buddha statue to Saudi Arabia etc. but then we are not that kind of a fanatically religious State, period. Any such distracting argument sounds so much like whataboutery. (‘Whataboutism is a rhetorical device that involves accusing others of offenses as a way of deflecting attention from one’s own deeds’, as defined in the Merriam Webster dictionary.)

In the UK ‘if a couple who contracted a nikah marriage but not a civil one obtain a religious divorce — absent any criminal behaviour such as domestic violence and always provided that proper and adequate arrangements are agreed for any children — it is difficult to see what concern that is of the domestic law,’ writes a British based legal scholar. It means that for all practical purposes, Muslim law operates in the UK even though technically civil domestic law prevails at large. Of course most Covid victims in that country, be they Muslim or otherwise are buried, as opposed to being cremated.

There is no evidence whatsoever that such burials lead to the spread of Covid, and therefore castigating the Justice Minister Ali Sabry, PC, when he tries to logically reason out a case for burials of Covid victims is also a case of race-baiting, though it may be couched in various other guises.

It is true that the Easter Sunday attacks brought on a level of unprecedented vigilance against ‘Muslim exceptionalism’ in Sri Lanka, or ‘dangerous Muslim exceptionalism’ to be precise. But yet, though that vigilance can be justified in context, it’s not reasonable to outlaw on any blanket basis, deeply held religious beliefs, unless there is a really good reason to do so.

In the case of burials of Muslim Covid victims, out of an abundance of caution it could be justified in this context to look for locations with no water table that could feed into water resources used by people — but the fact does remain that any kind of properly monitored burial of Covid victims obviates the risk of spread of the disease. After all, burials of victims are predominant the world over, and there is no evidence whatsoever that any of these burials cause any spread of disease.

Also, out of an abundance of caution, this article does not purport to pronounce on the science. Without a doubt, it is up to the local scientific community to determine the scientific aspects and arrive at a decision that is acceptable to the authorities. But, suffice to say, any decision on the matter should be based purely on the science, and there is no room to say ‘we can’t allow this because we cannot allow an exception to one community.’ That will be churlish, from Buddhists, Christians or from anyone else for that matter.