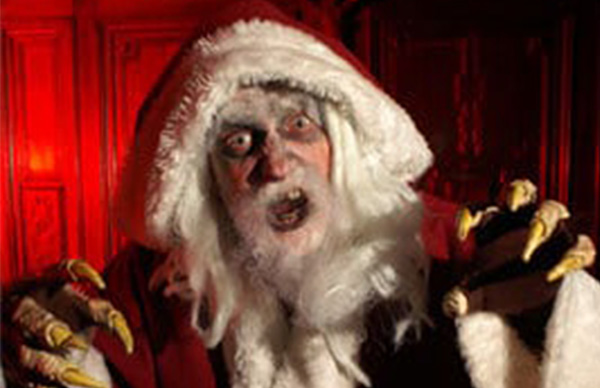 The Sri Lankan media was all pomp around the amply circumferential Pompeo romp in Colombo. We are very polite to the whites. Even the Pope recently refused to meet Pompeo, sussing out the Trump campaign wants to display global reach (or grasp).

Usually aflutter about human rights, etc., when not mass-murdering the yako, the white blacks in Colombo rejoiced. Pink Santa with claws was here early, to quell restless natives.

The fair brahmin bankers prayed: Indian ‘Brown Sahibs” will administer you from Delhi, splinter you like dry dhara into ethnic satrapies and openly piss on your walls. Chennai will grab Sri Lanka’s home market for its industrial powerhouse, and shit into your water supply like they do in Tamil Nadu?

The Jihadis prayed: Arabs will employ your women as their housemaids and father children who shalt bow to Mecca, Jerusalem and London, and open shops to sell you damaged foreign goods?

The media missed it all:

They missed, for instance, Trump’s enlightening views on India, just before Esper and Pompeo landed in Delhi.  He made no scatological reference to shit hole countries, but candidly pointed out: “Look at China, how filthy it is. Look at Russia, look at India, it’s filthy!”

Somebody should have told Trump that Indians at least wash their asses. Even if they do not have toilets. A sacrifice they make so they can pay for ambulances in Colombo and expensive US military hardware.

Trump may not care because he and the great-again Yankees are busy buying toilet paper and guns for democratic elections. Let’s see if they confuse one from the other and shoot themselves in the butt.

The “filthy” Indians however love the Trump administration. They signed on to sharing and buying spying and military hardware from the US. The Russians will now hesitate before transferring their sharper technology to India.

Besides, US National Security Strategy demands “interoperability” with India, like other US allies, i.e. only using US weaponry, preventing market space to Russia. The US, however, feeling the Indians also play filthy, already made plans to monitor them too.

Just before the Delhi visit, Esper mentioned a parallel track deploying the famous Five-Eyes alliance – US, England, Australia, Canada and New Zealand – who monitor the “challenges in the Indo-Pacific”

The Five Eyes are a spying alliance from their World War II, after they turned on USSR, who had just defeated the Nazis. These Eyes share signals intelligence [SIGINT]  “continuously, currently and without request” both “raw” intelligence and  the “end product.”

The brown and filthy Indians are obviously still not fully eye-to-eye with the whites. According to Edward Snowden, the 5 Eyes even have 9 junior eyes: Germany, Israel, Singapore, South Korea, Japan, Denmark, France, Netherlands and Norway. The 14 eyes are now eyeball-to-eyeball with China, but they look down on us all.

For Foreign Wars Secretary Pompeo not only works for Trump, but also for the War Machine, which wishes to keep Trump in check.

The War Machine: Of Morgan who ‘backs’ our bonds, owns our debts, and rates our economy? Of Rockefeller who sells us oil and won’t let us develop our own energy? Of Ford who sells us bakala machinery, and teaches us ‘ethnic’ studies?

Biden, his father a contractor to the oils of the Rockefellers, descends from Irish settlers, growing up in Delaware. Delaware, in-shore tax hideout for the top US corporations. Delaware, named after English warmonger De La Warr, who stole land from the Lenape people.

So regardless of any benign or belligerent mask, the US may wear, war is their mother, father and gender-fluid son or daughter – the Holy Trinity!

Violence is as Yankee as Apple Pie, said Malcolm X. Santa has claws, clauses and eyes.