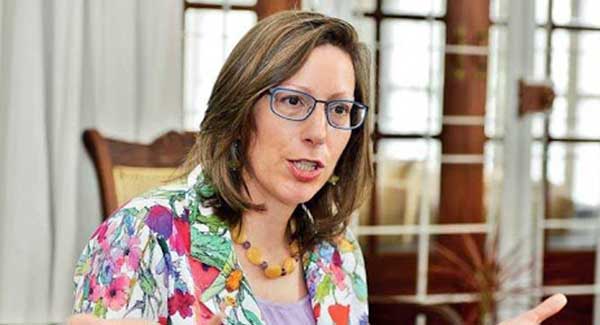 It is customary for a dictator to wear a benevolent garb. The bad try to look pretty. Crooks have honest faces. Invaders come (and go) and have come and gone as benefactors of the invaded. Santa Clauses all.

So let’s not be surprised when The U.S. Ambassador to Sri Lanka and Maldives Alaina B. Teplitz says ‘I want to and can help!’ The lady claims ‘Unfortunately, there has been a lot of misinformation surrounding our engagement and several of our programs in recent times, but none of our programs infringe upon Sri Lanka’s sovereignty and we are very transparent in their design and implementation.’

Well, she’s obviously read the draft MCC Compact and therefore we can conclude one of two things: a) she doesn’t know the meaning of the word ‘sovereignty,’ b) or believes that insistence alone could turn the doubtful into believers.

Santa Alaina cuts to the chase quickly in an interview with the Daily Mirror. She does a bit of drumming for US firms which she claims want to do business in Sri Lanka and that Sri Lanka should do business with them. Why? Well, she says ‘many countries seek to diversify their investments from China.’ SHE says. She SAYS. That’s another way of putting it. We know the US is shit-scared of China (which country, along with Japan, owns US debt). We know the US is trying to shoot down China. She assumes we don’t know that China is not dead or even whimpering. She’s essentially saying ‘Hey dude, fall in line with our position on China!’

That’s Santa Alaina. Ho-ho-ho, fee-fi-fo-fum and all that. Patron saint of thieves is Santa, let’s not forget. Not in this for us, but for US. The US of A that is.