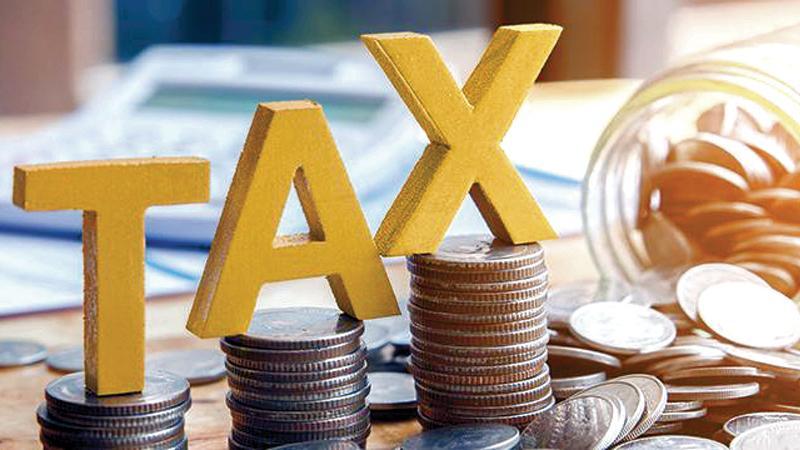 This is the time to give entrepreneurs tax breaks. ‘Republican’ type of tax breaks that may make the wage earners and workers complain that the rich are being pampered. But it’s such generous tax breaks that would probably save this struggling economy.

Big companies don’t necessarily need such tax breaks. In this country the big players cater mostly to the domestic economy and have consistently been insensitive to the workers during the Covid lockdowns, and the resultant economic fallout.

These companies by and large didn’t come up with any plan to assist the large amount of workers that were laid off or were otherwise affected due to the lockdowns. Most of them on the contrary made use of the window offered due to the Covid to retrench employees en masse just because they couldn’t do so at other times without facing repercussions in the labour courts.

But more importantly, their churlish attitudes notwithstanding, they are not the foreign exchange earners in this economy for the more part.

If we have a dollar crisis, it is beholden on the leadership to ensure that those who bring in foreign exchange are given all incentives to redouble their efforts. The huge bluechips are not necessarily the entities that have to be given any benefits in return for the contributions they make. Other than the foreign workers who have consistently been the key contributors to our foreign reserves and then the tourism sector, it is the small and medium entrepreneur that carries the can in the foreign exchange game.

These people may flaunt their wealth, but as export commodity suppliers they have earned that right. They may be the folk that flit about in SUVs and patronise five star hotels but if they do so they are making that ostentatious display after having made a contribution to the economy that blue chip companies cannot most times think of matching.

It is these people that have to be given ‘obscene’ tax breaks. If they are to be labeled as obscene, fair question why such tax breaks should be given to anybody at any time at all. But if anybody is familiar with the Republican tax breaks of the Trump type, they are given to rich people. This is on the premise that the rich create the companies, the products and the jobs. Now, some of these Republican tax breaks may be truly obscene either because they are excessively beneficial or are grossly unfair by the wage earners who toil and still have to pay much more in proposition.

But if there is a time and a place for similar‘ obscene’ tax breaks in this country, this is the time, and such measures may not be a policy quirk but a dire necessity. The SME sector has been the lifeblood of this nation in many ways.

It is posited that if this sector is made virtually tax exempt that would add far more to the economy than what would be lost in terms of tax revenue.

It is also a fact that the Sri Lankan SME sector has been tremendously innovative. They have been egged on of course by the usual consideration — that of getting rich.

That’s why entrepreneurs do, they want to get rich. It’s the driver behind their motivation, so there is no point being in denial of that. The tax breaks should be given precisely because these capitalists want to get rich.

Now, that may be considered unfair by other ordinary taxpaying people, but the fact is that those folks do nothing to get us out of the quagmire we are in due to the foreign exchange crisis. Therefore, even if at the best of times, rich entrepreneurs should be helped to get richer, in these times it would be truly an imperative.

Even if deregulation happens in this country, these SME entrepreneurs are used to the fact that they have to run the gauntlet to get things done.

Deregulation does not help much when there are pubic servants that are determined to place roadblocks along the way when SME sector owners want to clear bureaucratic hurdles. They have to contend with bribery and corruption which is ever present, despite the fact that there are public servants who genuinely want to do a good job.

This is the forgotten class, in this sense, this entrepreneurial cohort in this country. The workers who remit foreign currency have long been complaining that they are ignored and are not appreciated for the contribution they make, and that may be true to some extent at least, but there is some sensitisation that they are a harried lot that has to be looked after. For instance, in talk shows they would say that these foreign worker should be given incentives and should be recognised for the contributions they make to the economy.

This class bias against the rich is not going to serve the cause of the nation, particularly at this juncture. Even if it engenders fierce criticism from the rest of society, it is imperative that the entrepreneur sector should be given generous tax breaks when they are successful. They are virtually the engine of this economy, though people would say its tourism, or the Sri Lankan expat workers.

In a country in which the bulk of the people are scrounging basically on state subsidies, the entrepreneur class in the SME sector is virtually the only cohort that makes a useful contribution. So what if they get rich? That should be the whole idea, to make them get rich, because that’s the only way in which this currently dollar poor country can be sustained.

It seems the natural tendency to despise the rich is part of the driver that keeps policy on taxation on the SME sector archaic and punitive. This should change to a level at which the SME sector is seen in an envious light by the rest of the population. The more the envy the better. It’s the Republican playbook. Ok, so let them have the yachts but they create the jobs and they alone keep the economy ticking.

True that in the Republican Party sometimes this policy tends to go overboard. But, they have at least a component of their thinking right. It is only by helping the rich get richer that the rest of the folk can be kept contented. That is both the beauty and the paradox of capitalism, because there is some beauty in the fact that the innovative are rewarded, even sometimes obscenely so.

A society that grudges the innovative this incentive to be obscenely rich, in some ways is biting off the nose so to say, to spite the face.