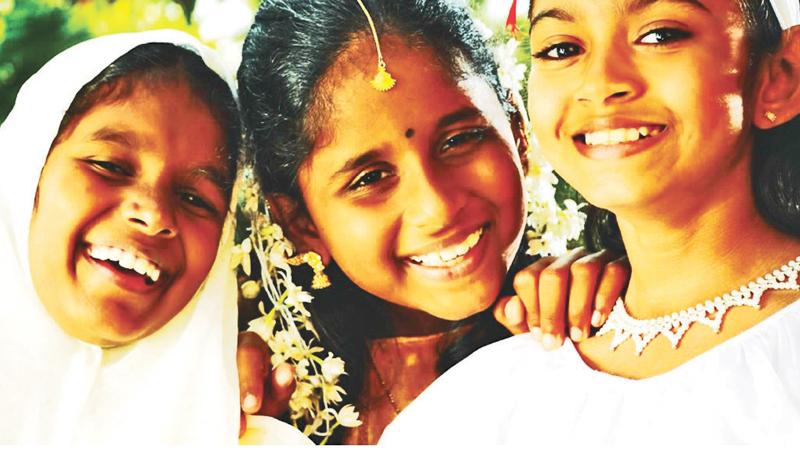 A country does not judge itself by one metric alone — that of its inter-ethnic relations. Take Malaysia for instance.

By the modern day ideal, the deal that the Malaysian Chinese may be getting in Malaysia could be rather ‘raw.’ The Chinese who own and run most of the small businesses that are the dynamo of growth in that country, are not permitted in terms of the Bumiputra laws that favour the Malays , to own land.

We all know the ethnic convulsions that led to the northern Ireland uprising — though now quelled, in the U.K. But that doesn’t mean that all is well and that the different ethnicities are functioning as one happy and harmonious unit. In Scotland, there has already been a referendum to secede from the union, and the key Scottish parties are asking for another one because they are unsatisfied with the first.

These standoffs and these separate situations have not, however, defined any of these nations and their politics, or their general image on the world stage.

Even Singapore ‘began’ with an ugly, rather acrimonious country-wide ethnic riot between the Chinese and the ethnic Malay Singaporeans in 1964. Two months later, there was an even bigger riot that erupted after an attack on a Chinese trishaw driver.

Today, the country has come a long way from this initial conflagration. It is seen as a nation that respects ethnic diversity.

But it doesn’t quite respect ethnic diversity in the ‘ideal’ way — at least not by the metric that we Sri Lankans have often judged ourselves by, and let us be judged by others. In the city state of Singapore, the Constitution recognises the special status of the ethnic Malays who are referred to as the ‘indigenous people of Singapore.”

The Malays feel that they are lagging behind the Chinese in terms of social mobility and were compelled to form self-help groups to identify and cater to Malay concerns.

But in none of these countries is there any proclivity to define the State in terms of its inter-ethnic relations. There are various states of disagreements between diverse ethnic groups, in Britain, in Singapore and in Malaysia. But these countries progressed despite these differences, and have never made these disparities central to their political discourse.

That’s the way it should be. In Sri Lanka, we see efforts among some opinion makers and elite to make inter-ethnic relations the central discourse once more, after the end of the battle against terrorism more than a decade ago.

Despite these people’s best efforts, it seems the country is past that stage. People from all communities are focussed more on economic progress, than they are on petty differences. That’s not to say that there are no disparities, no differences and no points of contention between the different groups that make up our social fabric. If Singapore still has some sticking points, despite its developed nation status, it shouldn’t come as a surprise that we have our fair share of points of contention between the different communities as well.

But it bears repetition that the issue of the Scottish referendum or the possible departure of Scotland from the union, definitely does not occupy the central position in the cultural or media discourse of the UK. Malaysians do not dwell on the constitutionalised advantages that accrue to the Malay community due to the Bumiputra policy that grants the Malays enormous advantage over the minority Chinese that still predominantly run business, research and development in Malaysia.

That being the case, should we tear our hair over similar matters— perceived disparities notwithstanding? Yes, the situation may not be ideal. But, the problem in this country has been that there are elements so ready and willing to inject the issues of ethnic divisions into the daily discourse.

That was the pattern in the entirety of the nineties and the first decade of the new millennium. But then the hostilities ended in 2009, and gradually the discourse shifted to the issues of development, environment and party politics as opposed to ethnic politics.

It’s a sign that people are collectively in a mood to move on, get ahead with their lives and with the task of making the country a better place for them, and the future generations.

Entire swathes of the opinion making elite, however, seem to be disquieted by this palpable shift in priorities. They are still hung over by talking about this that or the other reason for discontent among Muslims, Sinhalese and Tamils.

But it seems, the people have decided that they want to barrel through with their agenda, and cut through this noise that still keeps playing unnervingly in the background. The conversation on race and race based topics, it is true, matters mostly to the underprivileged and the minorities. In the US, the whites by and large avoid the race conversation — but those issues still matter to black and Hispanic lives.

But in countries such as Singapore and Malaysia, the conversation on race is muted in both the majority and minority communities. It’s largely because the chasm between each community is subsumed — due to the collective quest for better lives.

Also, other societal conditions have shifted to enable the conversation to move away from race and ethnicity. Yes, there are disparities and simmering discontents between communities. But the issues never come anywhere close to boiling point, because they are no longer of paramount importance to any of the ordinary folk in these communities.

In this country, it is the active political class, i.e. party politicians, who have forced the conversation on ethnic issues into the public space, and made it the central theme in the public domain. That tendency still prevails, unfortunately.

At various times, the noise made by the race-baiters becomes quite loud and insistent. But the positive aspect seems to be that the people are seeing past these background theatrics. Simply put, gradually, the emergence from the wartime milieu has brought them to a place where they don’t care who is trying to divide them, because they are focussed elsewhere, on more tangible matters such as housing, education and upward mobility in general.

Can highly organised events such as the P2P march that took place recently, change any of these dynamics? Not when the pendulum has swung so far that there is no grassroots level resonance toward such activity.

In Singapore, English is the lingua franca. All education is in the English medium. But in Malaysia, education is in the three recognised languages of State, Malay, Tamil and Mandarin. Despite these obvious differences in approach, both countries see no need to place ethnicity at the centre of the public discourse. It’s because ethnic issues are the last things on people’s minds.

In Malaysia there are more discontents than in Singapore for instance, but they rarely if ever spill over to the political arena, or hog the discourse in society at large. Yes, some political parties in Malaysia may be organised slightly more on ethnic lines than others — and though that’s a fact of life, society never gets polarised on account of those tendencies.

It’s the surest sign that society has moved beyond the stage of tearing each other apart on account of the differences that do exist, and cannot be wished away anytime soon.

In this country, perhaps Archbishop Malcolm Cardinal Ranjith is the embodiment of where we are at the moment. The Cardinal has said on more than one occasion that this is a Buddhist country but he is the fiercest when it comes to matters of having the truth revealed about the Easter Sunday attacks. The Cardinal did not harbour any grievances over the primacy of Buddhism in the county’s culture. If he is above those petty squabbles about which religion is more ‘important’, so must be his flock. It’s one of those sanguine signs that as a culture, we have moved beyond the discourse of the religious and ethnic divide.