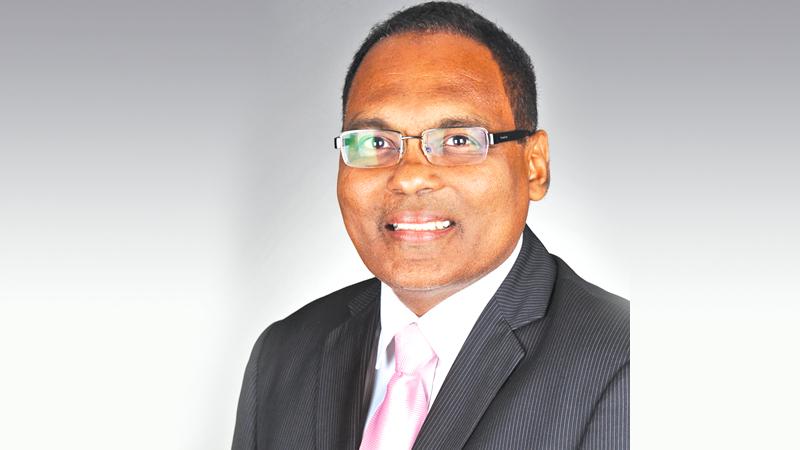 This is an exclusive interview conducted with Prof. Rohan Gunaratna on strengthening ethnic and religious harmony in Sri Lanka. He is an Honorary Professor at the Sir John Kotelawala Defence University and Senior Advisor to its Department of Defence and Strategic Studies, Sri Lanka.

Q: How can Sri Lanka be protected from extremism and fundamentalism?

A: Sri Lanka is not an exception to the global and regional rise of ethnic exclusivism and religious extremism. To counter ethnic assertiveness and religious separation, the government should take firm measures to protect the nation-state and its citizens.

The fourth, create a pledge that we will work and live together as Sri Lankans. The fifth, build community resilience by creating national schools where Sinhalese, Tamils, and Muslims study in the same class and play in the same school. If Sri Lanka fails to address the polarisation of communities, fragmentation of the Sri Lankan society is inevitable.

Q: In another four months, we mark the second anniversary of the Easter Sunday suicide bomb attacks. How can religious harmony be strengthened in Sri Lanka?

A: Since Sri Lanka’s Easter Sunday massacre, the world’s worst terrorist attack in 2019, every Sri Lankan should understand that the next attack is in the making. The Sectoral Oversight Committee on National Security,’ appointed by the Parliament following the Easter Sunday attacks presented a report on February 19, 2020.

To prevent a possible next attack, the recommendations of the Committee should be implemented in (1). Education, (2). Banning face covers which hinder identification, (3). National Defence Policy (4). Amending the Immigration and Emigration Law in line with new developments, both national and international,( 5). Electronic, print and social media, 6. Amending the Muslim Marriage and Divorce Law (7). Empowering Muslim civil society (8). Empowerment and legalisation of the NGO Secretariat (9). Amendment of the Wakf Act (10). Suspension of registration of political parties on ethnic and religious basis (11). Issuing birth certificates with Sri Lankan Identity Numbers (12). Establishment of a Ministry of Religious Affairs that combines all religions(13). Building and maintaining Dhamma schools and religious centres to ensure inter-religious cohabitation and (14). Halal certification process.

President Gotabaya Rajapaksa, the Attorney General, the Cabinet and line ministries should act without any further delay on the ‘Proposal for formulation and implementation of relevant laws required to ensure national security that will eliminate new terrorism and extremism by strengthening friendship among races and religions’.

The Oversight Committee on Extremism (OCE) recommends that Madrasas should be limited to training clerics and enroll only 16 year olds or above and who have completed 11 years of formal education.

Of the 1,679 Madrasas, only 317 were registered with a further 175 seeking registration. Some 27,000 students are enrolled in the Madrasas! After assessing that Zahran and his followers were products of the Madrasa system, the OCE recommends that 75 Madrasas are sufficient given the total Islamic population in the country. Similarly, the OCE wants the ‘Parliamentary Elections Act No 1 of 1981’ amended so that either in name or Constitution a party cannot affirm or privilege a particular faith or ethnic community.

Having identified that unscrupulous ethnic and religious entrepreneurs exploit ethnicity and religion for personal and political interests, Sri Lanka should stop registering any new parties based on ethnicities and religions. We need visionary, collective and decisive leadership both at the national and the community level.

The Muslim leadership has been gravely lacking in addressing the causes and drivers of radicalisation and they need to act to reform the religious space to prevent the next attack and backlash.

A: The Yahapalanaya regime (2015-2019) failed economically, politically and socially. No one can dispute that both Maithripala Sirisena and Ranil Wickremesinghe left the nation in economic shambles, political chaos and social disharmony.

The Yahapalanaya regime also delisted eight of 16 LTTE front organisations overseas and 269 terrorist activists from 424 listed under the UNSCR 1373. With the recovery of the LTTE database, its financiers overseas, were listed based on evidence that has never been disputed.

In addition to terrorist activists masquerading as human rights activists in Geneva, Sri Lanka suffered from a dozen attempts and attacks directed from France, Germany, and Switzerland.

The latest plot disrupted in Sri Lanka in November 2020 was directed by a Swiss based LTTE terrorist Selvanayagam Rasanayagam. The implication of delisting the LTTE fronts overseas in 2015 will continue to harm Sri Lanka at home and abroad in the foreseeable future.

The delisted LTTE front in the UK, the BTF support the ‘All-Party Parliamentary Group’ for Tamils now planning to bring about a resolution against Sri Lanka in Geneva in 2021. Today, Sri Lanka is paying a heavy price for the Yahapalanaya regime that compromised national security for Muslim and Tamil votes.

What the Yahapalanaya regime did was not reconciliation, coexistence and harmony. Giving into the demands of terrorists masquerading as human rights activists overseas or separatist politicians rekindling the flames of hatred are the hallmarks of a dysfunctional government.

Q: Is Sri Lanka at the threshold of a wave of terrorism by the Islamic State and Al Qaeda?

A : During the past decade, several local and traditional Muslims have left the 1400 year old Sri Lankan Muslim heritage and embraced Arab culture and political Islam primarily Wahhabism.

Although the military has dismantled Zahran’s National Tawheed Jamaat, other Wahhabi groups espousing hatred against Sufis and other religious communities continues. Salafism, especially Wahhabism, which calls for attacks against idols is not an appropriate ideology for Sri Lanka, which is not a Muslim country.

Even Saudi Arabia is now revising their religious space but Sri Lankan Muslim leaders have not acted wisely. Every day, Islamisation and Arabisation of Muslim children in Sri Lanka is creating polarisation and separation.

After the Easter Sunday massacre, the relations between Sri Lankan Muslims and Sinhalese and Tamils deteriorated sharply.

Without marking time, wishing that time will heal the animosity, the Muslim secular and religious leadership should restore the broken bridges between Muslims and non Muslims.

After the Easter Sunday massacre, the resentment, suspicion, prejudice and anger of non Muslims towards Muslims is growing. Muslim leaders are turning a blind eye to the promotion of exclusivism and extremism. The ideology of Wahhabism known as Tawheed is the fastest growing stream of Islam in Sri Lanka.

Q: What can we do to mitigate the impact of this new wave of threat?

A: Every mosque and Madrasa should be converted to a harmony centre, where Muslims learn about other faiths, and, learn to respect them. Even after the Easter Sunday massacre, the continuing spread of Salafism especially its Saudi version Wahhabism was highlighted at the Presidential Commission on the Easter Sunday attacks.

But the Muslim leadership and institutions have not acted decisively. As long as foreign ideologies supplant local and traditional Islam, exclusivism, extremism and terrorism will persist.

This is a matter of grave concern as many angry Sinhalese and Tamils now question the Muslims community’s loyalty to Sri Lanka. The response of the Sinhala and Tamil community to the next attack will most likely be a backlash.

The continuous propaganda and counter propaganda with the aim of inciting discontent in local communities provoke them to carry out attacks like the Easter bombings and resultant backlashes needs to be curbed.

With the second anniversary of Easter Sunday massacre coming up, Muslim leadership should move to reform the religious space. Although the ideology of Salafism/Wahhabism known as Tawheed in South India and Sri Lanka originated from Saudi Arabia, most of the Gulf countries have been smart.

They have regularised management of mosques, Madrasas and all Islamic organisations. Today, no sermons without the approval of the religious authority appointed by the Government could be delivered. The sermons should be devoid of political subjects. There should be no anti government propaganda.

Similarly, the Gulf countries have been able to modernise their Madarasas with a regulated curriculum. Until Easter Sunday, successive Governments in Sri Lanka left it to the Muslim leaders to take tough decisions on religious reform due to political considerations.

Sadly, the situation has deteriorated from bad to worse. A segment of the Sri Lankan Muslims continue to take inspiration from Saudi Arabia but behave more regressively.

As long as there is no goodwill between the Muslims and non Muslims, they will be exploited by ethnic and religious politicians who created them in the first place.

Muslim political and clerical leadership should develop a zero-tolerance approach to exclusivism and extremism. They should stop the political, religious, and cultural radicalisation by reforming the Madrasa and the mosque sermons to produce a new generation of Muslims. They should reject the Middle Eastern ideologies and fashion that are supplanting the Sri Lankan Muslim heritage.