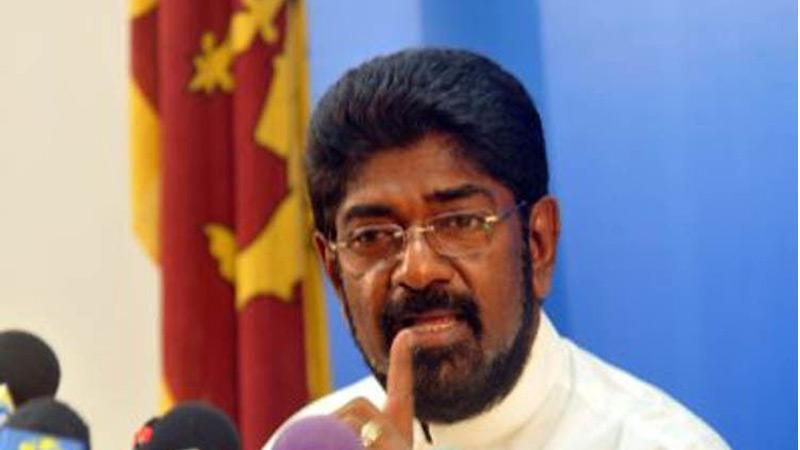 Health Minister Keheliya Rambukwella in an exclusive interview with the Sunday Observer, outlines the success story of the National Covid-19 vaccination drive as the country approaches its first anniversary this month.

Q: This month marks the first anniversary of the Government’s vaccination drive. Sri Lanka has received 45.9 million doses of Covid-19 vaccines by Friday and over 85 percent above 16 years have now been fully vaccinated. The Government has already begun rolling out the booster dose for those above 30 years, out doing even some of the developed nations?

A: First and foremost the credit must go to President Gotabaya Rajapaksa. He was strongly convinced that the only way out of the pandemic was vaccinations. I was closely associated with him as the Media Minister and Cabinet Spokesman before becoming the Health Minister.

He gave directions to the authorities to work on it. There was so much pressure to lockdown the country. He was not in favour. But after consulting the members of his Cabinet and health experts the President decided to go for a temporary lockdown but it dragged on due to global conditions.

The lockdowns were not the best solution but, no one had experience as to how best the situation can be managed. We saw the developed nations collapse and their leaders apologise in tears.

Rumour mongers said the Government will not be able to protect the citizens, secure vaccines and that we did not have the funds. The requirement at the time was to get the first dose to the entire above 30 population.

Unfortunately we only got 500,000 Astrazeneca doses as a donation from the Indian Government. The rest of our order was stopped since India had a surge in domestic Covid-19 cases and with it requirement for vaccines in the domestic front here also soared. The Indian vaccine producing company Serum Institute could not meet the domestic demand. As a result they could not honour their agreement with Sri Lanka.

And the Government was blamed for failing to secure the vaccines on time. In the midst of the blame game, we contacted the vaccine producing companies, the UN and friendly Governments. Finally, the required vaccine doses started to come in. The Opposition made a huge hullabaloo in Parliament over the Astrazeneca delay. The President did not get carried away by their cacophony. But he systematically started getting the stocks.

And then he himself, sat with us twice a week initially, and later once a week, with experts to ensure the vaccination of the population was scientifically done to avoid a calamity. We were among the best five countries in terms of handling the pandemic, at one point.

When the Covid-19 pandemic wreaked havoc in the rest of the world, we were able to keep the new cases and fatalities under control. We never had people dying on the wayside. The World Health Organization (WHO) commended our record.

Today we have a stock of 8 million doses of Pfizer vaccine, the SPC and all the stakeholders must be appreciated for their individual role in this effort. We were cash strapped and we had no direct links with vaccine producers, yet we overcame all these challenges. In addition to getting the vaccines in enough doses, administering them was planned by the President. He personally took it upon himself.

Today we can comfortably say, 100 percent of those above 20 years almost have received the first dose, 90 percent have got the second dose and the booster dose is now being administered islandwide. In addition, the Government began vaccinating 12-15 year olds, since last Friday.

Getting the Tri Forces involvement in the vaccination roll out, led by the health sector was the wisest decision taken by the President. It became a huge success due to their involvement.

The Government had to face criticism at the outset. But some Western countries including the UK followed this example much later. The military was called in to assist in the vaccination program in Wales last December and the soldiers were deployed in London hospitals.

Q: The vaccination of the 12-15 year olds began on Friday. Have the medical experts and pediatricians cleared any doubts in administering the vaccine to this age category?

A: Yes, local doctors have also been consulted. In foreign countries, children as young as five are being vaccinated. We use the same Pfizer vaccine for children.

Q: People are not aware of the painstaking efforts taken by the Government and behind the scene maneuverings to fight the pandemic and keep the fatalities low. Your comments?

A: The effort that went into this whole exercise largely remains under reported. The Opposition would have had a field day if we messed it up but today you hear no one talking about it. Why? because it is a hugely successful story. All apparatuses were brought together, with the correct leadership from the President, the health sector, the Tri Forces, the police and other support staff did their part, taking on a huge risk individually to save the country and the people. We are thankful to them.

Q: The impact due to the pandemic on our economy was huge, how did we manage to fund the inoculation drive and buy expensive vaccines to immunise over 70 percent of our entire population?

A: Our economy is very small, it can get contracted easily due to global situations.

Almost 70 percent of the national income which was from tourism, exports, foreign employment remittances got affected due to the global pandemic during the past two years. We have started to pick up slowly now.

Initially, the President was not in favour of a complete lockdown but the call to go for a countrywide lockdown was huge, even from within his own Cabinet, that he was compelled to do it.

In this backdrop, the Government was facing a cash crunch. The Asian Development Bank (ADB) offered a USD 85 million concessionary loan under their Asia Pacific Vaccine Access Facility (APVAX) to Sri Lanka to procure and deliver safe and effective Covid-19 vaccines. The ADB was satisfied and recognised the transparency of our national vaccination drive.

The President prioritised it because he believed that vaccination was the only solution to fight the pandemic. We protected lives, we hope people will now take a proactive role to help the country recover.

There were isolated incidents in a few vaccination centres and the Opposition tried to tarnish the whole exercise and discourage people. But people showed wisdom and we are quite content with the outcome.

Q: The Government decided to have normal operations in state schools from tomorrow. The health experts warn the Omicron variant is becoming the dominant variant in the country and is spreading fast. In this backdrop will there be a review of this decision?

A: The decision is to fully open tomorrow. There might be a review. But we need to open up the country gradually, the advice is that it is safe to do so since the vast majority of people have been vaccinated now. But schools must ensure health protocols are in place and followed to the book. There are strict guidelines.

We have to strike a balance in ensuring safety and re-starting economic activities. We have relaxed certain conditions to revive the economy but the threat posed by the Covid-19 pandemic is not over yet. That is the bitter reality.

However, these vital sectors must be gradually re-opened, to restore normalcy, if not, the long term impact will be irreparable.

Q: What is the situation with Omicron variant of Covid-19 in Sri Lanka?

A: I would say the numbers in Sri Lanka are comparatively low with the rest of the world. But we can’t be complacent and party, about it. The threat is not over yet.

Q: When do you plan to introduce the digital vaccine card?

A: The final meeting on technical aspects of the QR Code, with ICTA and other agencies, was held on Thursday. We are hoping to finalise it within the next 2-3 weeks. We have to get legal barriers cleared to implement something new like this here.

We consulted the Attorney General’s Department and learnt that under our current law, Covid-19 vaccines cannot be made compulsory, it has to be 100 voluntary. However, there are no legal barriers to prevent the vaccination card being made compulsory when visiting public places.

One has a right to his or her life but no one can endanger someone else’s life. Therefore, only the fully vaccinated people will be allowed in public places until the threat from the pandemic is over. The ICTA and a few other agencies are working on developing the software.

Having the vaccination card on you at all times is not practical. It cannot be laminated also, as new entries are made when booster doses are given. The best option would be to go for the digital card. Many families have acquired smart phones for children’s online classes.

For example, the cinema hall owners have pointed out that they cannot operate with 50 percent capacity. We must be realistic and be sensitive to their grievances also. They are, like other business must run and contribute to the economy while the Government ensures the pandemic is kept at bay. The people will have the freedom to go about their daily businesses, but following Covid-19 protocols will be critical.