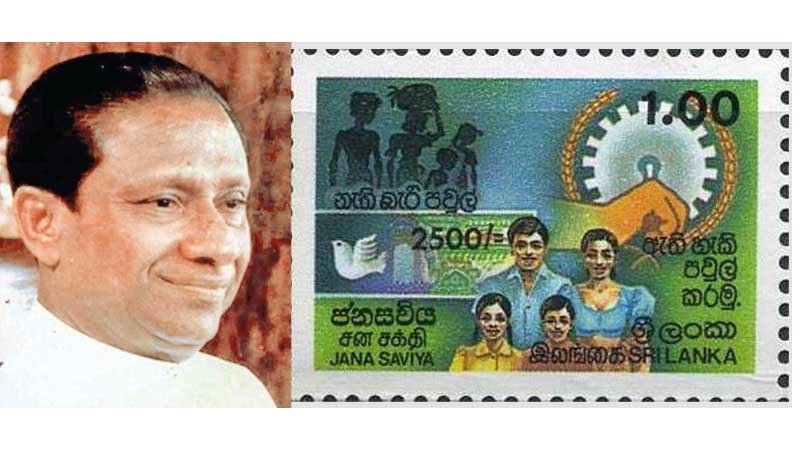 This article is not an obituary for an old friend – more of an acquaintance really – Susil Siriwardena, but rather an exploration into individuality and the value of personal effort. But Susil was the cause of it. Such a sincere man, you would rarely come across.

On the occasions I have met him, Susil Siriwardena struck me as a gentleman with tremendous charisma though he was almost reclusive and in no way craved attention. He was both to the manor born, and the manner born. His presence, and rather clipped and non-exaggerated mannerisms stood him apart from the motley pack, and his fierce individuality is the one thing that his country can be proud of when he has departed our midst.

This country in a sense survives because of persons like Susil Siriwardena who have displayed qualities of individuality and fealty to the salt of the Earth who make up this nation’s bedrock demographic. I have met so many silent and unknown Susil Siriwradenas even though Susil (SS) was no celebrity himself. To the younger generations he was sadly, almost totally unknown.

To those of his own time and the somewhat younger who knew him, his was a riveting story that made even the hard-boiled cynics nod and maybe smile in spite of themselves in appreciation. As a youth, Susil Siriwardena hailed from wealthy stock, and was, at least apocryphally if not in fact related to the ruling classes and as a ‘yuppie’ from that background, enrolled in Oxford University. However, though S.W.R.D. Bandaranaike returned from Oxford and donned the national dress and took to politics, Siriwardena was more the experimenter who believed in a lived experience.

So, he took to wearing the national costume and decided to walk the walk and not merely talk the talk as Bandaranaike did before him. SS began teaching upon coming back home from Oxford, having acquired a Government teacher’s job in a remote school in Anuradhapura.

There are many individualists of an understated nationalistic bent who in the manner of Susil Siriwardena chose the back-to-the-land lifestyle and stuck to their guns no matter what shenanigans went on in the murky corridors of power in this country. Not for them the unflattering glare of the public spotlight.

When the Janatha Vimukthi Peramuna (JVP) under Rohana Wijeweera began their first innings in anti-State violence in 1971, SS was the odd man out that was associated in some tangential way with that putsch for power. But that is not how the story spread in Colombo’s chattering class circles. In hushed tones they spoke about how “a close relative of the late S.W.R.D. Bandaranaike” had betrayed class and creed, and joined the rabble in trying to oust the legitimately elected Government from power.

Not that any of these gossipers had any sympathy for the then very Socialist and progressive Prime Minister Sirimavo Bandaranaike but never mind who was at the helm, they did not want the system upended by a bunch of those whom they saw as rural yokels. So they saw Susil Siriwardena as a traitor to their class and were given to analyzing exactly what it was that caused a good straight-laced Oxford boy to turn his back on class snobbery, and join the red-shirted rabble.

Siriwardena was quizzed, incarcerated for a while and released and would have seen the mild ripples he had created in the so-called polite society as a source of bemusement. He wanted to do his bit to alleviate the conditions of his long-suffering rural countrymen and did not necessarily see politics as the way in which that should be done.

So he joined the ranks of those ‘invisible’ men (and some women) who chose to serve fellow Sri Lankans, particularly the underprivileged, by doing their bit and if they had any thoughts about politics, sharing that wisdom in private with a close knit group of friends not choosing to join that ugly world of regular chicanery in an intensely politically sensitized milieu.

In my career as a scribe and a chronicler of events and men and matters I have met a myriad men of that type and this article is an ode to this dedicated and sincere tribe of people who trudged on, did their thing and made their contribution to the national effort asking not for fame or fortune in return.

Susil Siriwardena joined the Janasaviya Movement under President Ranasinghe Premadasa because of an intense passion to serve the simple folk with whom he seemed to have some type of karmic bond, though hailing from a vastly different social strata. But even in the role as the head of Janasaviya he scrupulously kept his distance from politics and was rarely identified with the Premadasa cavalcade of that era which was a very polarizing crowd of politicos and fellow travellers, never mind on which side of the political barricades you stood at that time.

Individuals such as Dr. Nath Amarakone, Ray Wijewardene, Patrick Amarasinghe, and happily the still alive and kicking Ranil Senanayake and perhaps even others such as Kushil Gunasekera, Dilantha Malagamuwa, the late reverend Micheal Rodrigo, Prof. Pandula Andagama, etc., come to mind as the mavericks in the mould of SS. What set these folk apart was that they were pioneers in their fields, and what animated their work was dogged individuality and indifference to the passing scene rocked by the quotidian political concerns of their time.

Neither were any of these people activists in the classic mould. Not for them the platforms of protest and such, and it is to these countless pioneers who kept their faith and made their contribution that the nation owes a proper, quantifiable debt. I am counting only those who made their presence felt in this way in the relatively recent and remembered past, and among these folk SS was a quiet and charismatic giant.

This writer remembers chatting to SS many years back when somehow the conversation meandered on to the topic of specificity and accuracy, and it was fascinating how SS seemed to lay a premium on being able to convey a thought with precision and an economy of words. Having thought about that conversation on many subsequent occasions, it has to be said there is special merit in what he said that day in the context of the verbal diarrhoea that goes on in the public space these days. He simply did not have the time for that sort of gymnastics of the gab, and was a no-nonsense sort who simply wanted to get the job done and walk away.

His life and death is perhaps a metaphor for such pragmatism. He got the job done and passed, without adding to the hot air and global warming through excess of verbal jousts with his contemporaries. All of the fiercely individualistic silent contributors to the national effort such as the other notables mentioned here – with numerous others not named – are cast in that mould. They wanted to make a difference but were not interested in cutting a figure or in talking their heads off standing atop a soapbox.

In many ways these are the types of folk who kept the national fabric intact when so many others, politicians, activists and the entire lot of them seemed so hell bent on tearing it apart. To paraphrase Gabriel Garcia Marquez, public service, no matter what else it might be, was a natural talent to people such as SS and the silent idealists and self-motivated folk of his ilk.

Fortunately in this country there are a lot of them, and it is thanks to them that there has been hope for ordinary people who look at politics as the necessary evil – and often look elsewhere for tangible qualities of service to fellow men.

Are individuals in the mould of SS a disappearing tribe? It is sincerely hoped not. Remember that even those such as Susil Siriwardena emerged at a time people were finding themselves lost and searching for something meaningful in a nation that had misplaced its sense of identity in the chaos of the post-colonial social upheaval. May the people of Sri Lanka long remember those such as the late Susil Siriwardena who gave us a bit of that glimmering quality of almost childlike hope during a time of much angst and futile chattering.