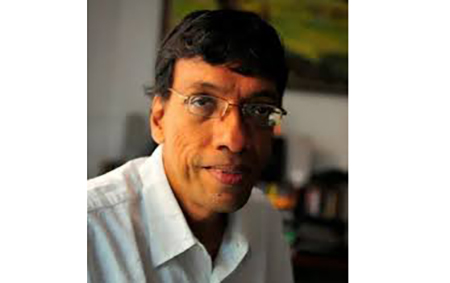 The British High Commission in Colombo has claimed stepped up harassment, intimidation and surveillance targeting civil society by the government since the change of government in Nov. 2019. A spokesperson for the BHC said so in response to several questions raised by The Island as regards a recent statement by the UK’s International Ambassador for Human Rights, Rita French, at the Geneva-based United Nations Human Rights Council.

The BHC spokesperson has sent The Island the following response, on Sept 26: “The statement from the Core Group in Geneva, agreed among Canada, Germany, North Macedonia, Montenegro and the UK, reflects recent reporting, discussions and analysis by a range of sources on the operating environment for civil society in Sri Lanka. Concerns have been publically raised and documented about increased harassment, intimidation and surveillance by the High Commissioner for Human Rights and several international NGOs. The UK has regular and wide-ranging conversations on these issues with civil society, as well as the Government of Sri Lanka”.

The UK’s International Ambassador for Human Rights, Rita French, in a statement delivered in Geneva early this week on behalf of Canada, Germany, North Macedonia, Montenegro and the UK alleged that civil society and human rights groups in Sri Lanka experienced an increasingly hostile operating environment.

The statement also quoted Ambassador French as having said: “Instances of intimidation, harassment and surveillance continue, including threats to families of disappeared persons. Individuals are detained indefinitely without appearance before court, such as lawyer Hejaaz Hizbullah.”

submitted the following questions to the BHC on Sept 18 after Media Minister and cabinet spokesperson Keheliya Rambukwella on Thursday (Sept 17) made reference to the Core Group’s statement. The Island asked the BHC (1) Did the UK receive complaints from civil society as regards intimidation, harassment and surveillance and threats to the families of disappeared persons (2) Did Canadian and German embassies in Colombo inform BHC about complaints received by them from Sri Lanka civil society (3) Did BHC get complaints from lawyer Hejaaz Hizbullah’s family or his lawyers (4) Did BHC take up these issues with Foreign Ministry before Geneva statement and finally (5) Did the UK examine Lord Naseby’s disclosure vis-a-vis 30/1 accountability resolution?

The BHC refrained from commenting on Lord Naseby’s Oct 2017 revelation that challenged the very basis of the Geneva Resolution.

Executive Director of the National Peace Council (NPC) Dr. Jehan Perera on Tuesday (29) told The Island that the group appreciated it was able to continue work without hindrance up to now and “the same is true of most other NGOs we partner but with a greater anxiety of being under surveillance”.

Dr. Perera said so in response to The Island query regarding the post-2019 presidential election working environment. Asked for a detailed response, Dr. Perera has sent us the following statement: “NGOs have been placed under the Defence Ministry which has got more active in the area of civilian administration with the government’s district secretariats also coming under its purview. Our staff reported being questioned by telephone, by unidentified men in civvies and by uniformed personnel including from the army. In our case the questioning has been limited. But in the case of other NGOs it has been more serious. This is the case especially with civil society groups in the north and east. Even in the case of our own programmes in the north and east, we have found that the participants have been questioned after the event. In one case, where we held a workshop on democracy, both a uniformed person and another in civvies had come to the venue to investigate. As the area Grama Niladari was present they had accepted his explanation and left. This type of incident creates a climate of intimidation in which those most vulnerable are the activists at the grassroots level who had been directly working for the wellbeing of their local communities.

There is also a significant increase in reporting requirements. We are expected to report our work in every location to the relevant district secretariat. This has meant that each and every activity we carry out in every part of the country has to be notified to the government officials at the district level to get their sign off. This is a cumbersome procedure as these district level officials ask for further information in an ad hoc way that differs from district to district. The information required should not be unnecessarily burdensome or intrusive as the Sri Lanka constitution guarantees the right to Freedom of Association, which is what civil society is about. Some of our partners have informed us that they have been summoned to Colombo to the police headquarters to be questioned. They have to bring with them their books and other records as they are not sure of what level of investigation they will be subjected to. It would be less intimidating and less effortful if they could be questioned in their own offices, if such questioning is deemed to be necessary. They need to be informed of the law under which they are being questioned.