Pompeo will not have his way in Sri Lanka 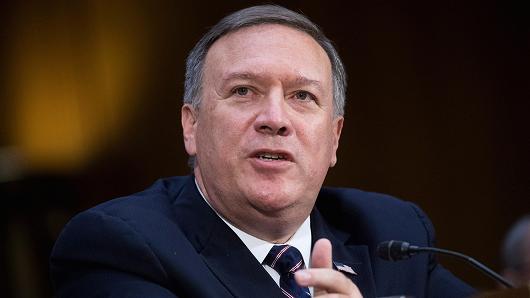 Colombo: The US Secretary of State, Mike Pompeo, who will be here on October 28, is expected to ask Sri Lankan leaders, point blank, to review relations with China; consider the options US is offering; and accept American advice on domestic and foreign policy.

A top foreign ministry official told Daily Express on Sunday, that Lankan leaders, President Gotabaya Rajapaksa, Prime Minister Mahinda Rajapaksa and Foreign Minister Dinesh Gunawardena, will politely tell Pompeo that Sri Lanka’s decisions and policies will be guided by election mandates, the law and the constitution of the country, and its interests, while maintaining good relations with all countries in the region and the world.

“All the three leaders will tell the ranking US official politely that it is not for outsiders to tell Sri Lankans how to run their country,” the top Lankan official, who spoke on anonymity, said.

Pompeo is expected to press the government not to go in for Chinese-funded projects anymore but choose other countries and international organizations to fund projects mutually agreed upon.

The US Secretary of State will also press for the acceptance of the US$ 480 million Millennium Challenge Corporation Compact (MCC) which a Lankan Presidential Commission wanted to be either rejected in toto, or re-negotiated to accord with Lankan law, constitution and socio-political and economic realities.

The Lankan official said that the controversial issue of the Status of Forces Agreement (SOFA) will not come up for discussion because the government has made it clear that SOFA is against the Sri Lankan constitution and laws.

On the US bid to draw Sri Lanka into an anti-China alliance like Quad, the official said: “We would tell Pompeo that Sri Lanka, which has only recently emerged from a thirty-year war, does not want to be a theater of international conflict in any way. But it is interested in ensuring free navigation in the Indian and other oceans. Pompeo would be reminded that in 1971 Sri Lanka had pioneered the idea of turning the Indian Ocean into a Zone of Peace.”

On the American demand that Sri Lanka abjure Chinese investments, the leaders would say that Sri Lanka needs investments from all countries as it is keen on developing the country ,especially in the infrastructure sector.

“All countries, including the US, are welcome to invest in Sri Lanka. If the US and others match China, their offers would be considered,” another foreign ministry official said.

However, given the fact that the US is primarily interested in geopolitical and military matters with a focus on isolating and weakening China in these spheres, it would not make any economic investment proposals. Pompeo would find it difficult to proceed further on this matter in his discussions here, it is felt.

“If he raises the debt trap issue, we have facts and figures to show that the debt to China is only 5.6 billion USD out of a total external debt of 55 billion USD (which is 10%). The US owes China much more – USD 1 trillion,” the official said.

However, Pompeo could indulge in arm-twisting by threating further sanctions against Chinese companies involved in Sri Lankan development projects. Some subsidiaries of the China Communications and Construction Company (one of which is executing the Colombo US$ 1.4 billion Colombo Port City) are already “listed” for alleged “predatory practices and lack of transparency”.

However, the Sri Lankans do not appear to be perturbed by such a possibility because listing has to be on solid grounds. And even it security issues are cited, it has to stand legal scrutiny in the US itself, the officials explained.

But the shoe might pinch if the US stops or lessons its imports of apparels from the island. The US buys about US$ 2.5 billion worth of Lankan apparels annually. This is 3% of the Lanka’s DGP and the US is the single largest market. But even stopping this is unlikely given the fact Lankan apparels enter the US market without GSP duty concessions.

As for Pompeo’s prescriptions on ethnic reconciliation, the Sri Lankan leaders will cite the mandates they got through the November 2019 Presidential and August 2020 parliamentary elections, which is that any solution to the ethnic question will have to be acceptable to the majority community in Sri Lanka and that reconciliation should be brought about by measures to develop the country economically in a way which benefits all communities equitably.

American Intentions Not A Secret

American intentions were made clear on October 22 by Dean Thompson, Principal Deputy Assistant Secretary of State for South and Central Asian Affairs at a press briefing. Thompson said that Pompeo will “encourage Sri Lanka to review the options we offer for transparent and sustainable economic development in contrast to discriminatory and opaque practices.”

“ We urge Sri Lanka to make difficult but necessary decisions to secure its economic independence for long-term prosperity, and we stand ready to partner with Sri Lanka for its economic development and growth. The Secretary will also emphasize the ties between our people, our shared commitment to democracy, and the importance of our ongoing regional maritime security cooperation. We’ll continue to urge Sri Lanka to advance democratic governance, human rights, reconciliation, religious freedom, and justice, which promote the country’s long-term stability and prosperity and ensure the dignity and equality of all Sri Lanka’s diverse communities.”

With regard to China’s increasing influence in Sri Lanka, Thompson said: “ I think we’re looking to frame a discussion with them about a more positive trajectory, as I mentioned in my opening remarks. So definitely we’ll be discussing where they’re headed and looking for ways to strengthen their commitment to human rights rule of law and democracy.”