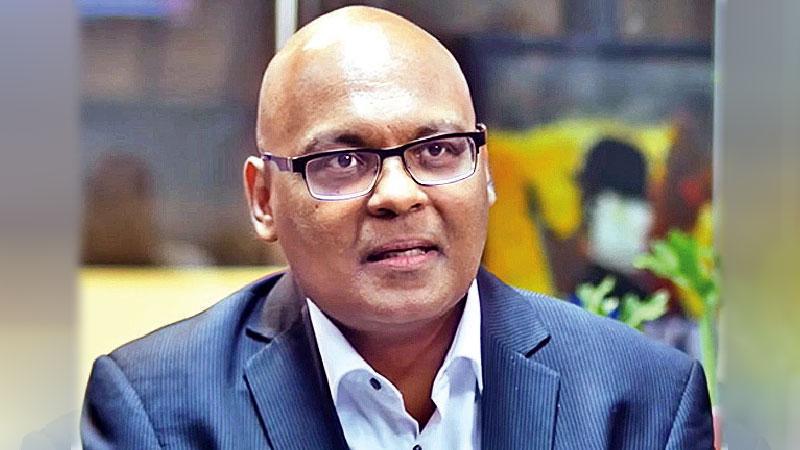 The Government should not permit religious functionaries to cross over to the political space, said Dr. Rohan Gunaratna, in an exclusive interview with the Sunday Observer. Dr Gunaratna is an Honorary Professor at the Sir John Kotalawala Defence University and Senior Advisor to its Department of Defence and Strategic Studies. Here he speaks about some current issues in Sri Lanka.

Q: `Born Again’ is a hot topic in Sri Lanka these days. Would you comment on it?

A: All religions are being used and misused by interested parties to spread their ideologies aggressively. The Government should create a Presidential Council of religious harmony to manage the religious challenges transforming into security threats. The Born Again Movement in Sri Lanka is not an exception.

All faiths are manipulated. No faith is immune. We have recently witnessed first-hand how Salafism, especially its Saudi version Wahhabism, was exploited by Zahran to attack Christians. During the P2P rally Hindu and Christian groups were exploited – the P2P protesters ended up worshipping suicide terrorists and terrorists in Jaffna.

The exploitation of religion and ethnicity by politicians and other interested parties, both domestic and foreign, should be firmly dealt with. Religious freedom should come with responsibility – no religion should encroach in the space of others.

Sri Lanka can never move from a third world to a first world country unless the Government and community leaders develop legislation to regulate the religious and ethnic space. Ethnic and religious harmony is paramount for social and political stability and economic prosperity.

As the Yahapalana regime did not control the spread of the Born Again Movement, the cult is gathering momentum. A few hundred people are gathering around this faith group in Sri Lanka after a handful of Sri Lankan singers and cricketers participated in Born Again practices.

The Government in cooperation with the mainstream Christian leaders should stop the conversion of Buddhists and Hindus. The cult provides benefits to the converts while non converts are treated differently. With their healing sessions used as a technique to reach out to other faith communities, the cult is perceived as a threat by other faith communities in Sri Lanka.

Wearing Western attire and speaking fluent English, the preachers attract a cross section of society to the cult. Such practices lead to misunderstanding and disharmony. In a country where other religions coexisted peacefully until the 2000s, the Born Again Movement should be monitored and regulated.

From a psychological perspective, these practices and behaviours explain man’s obsession with god(s) from the beginning of civilisation where he needed help, meaning and answers to the unknowns around him.

The cult members perceive that the challenges of their personal and professional lives can be addressed by joining these faith groups. When help is not within sight, they simply put the problem in God’s hands and then they think they are free.

The members self isolate themselves. Despite being criticised and sidelined by the larger community, the cult members meet the solace, company and sense of acceptance.

Their belief in God makes the adherents feel that God is on their side, and that they are accepted by God. A segment of the spectators with similar unaddressed grievances who observe this process start to follow the cult. They validate the cult.

The danger of permitting religious cults to operate has been evident in many instances.

1. Jonestown incident 1978 where 918 people died due to the instruction of cult leader Jim Jones

2. A Buddhist and Hindu cult Aum Shinrikyo led by Shoko Asahara used sarin to kill people in Tokyo in 1995. He was executed by Japan on July 6, 2018.

Like Zahran, these cult leaders were charming, charismatic and capable of fluent speech and assertive communication. The leader appeared in symbolic dress, beard, mannerism and gestures.

They surrounded themselves with wealthy followers who funded and protected them. The personal or occupational lives of the followers were in turmoil. Despite negative publicity, they continued to attract vulnerable segments of the population.

To attract and convince followers they demonstrated extraordinary skills and performances such as magic shows, especially, healing the blind, deaf, dumb and curing the possessed people.

Q: How do you interpret the latest behaviour of certain Tamil politicians displayed during Sri Lanka’s 73rd Independence celebration?

A: To disrupt Sri Lanka’s 73rd Independence Day celebration, a handful of Tamil activists and politicians organised a protest march from Ampara to Jaffna from February 3 to 6, 2021. The face of the march was the Tamil National Alliance (TNA) that had suffered electoral defeat.

To revive, the TNA highlighted among others, investigations into disappearances and called for the release of imprisoned LTTE terrorists. To enlist Muslim support, the TNA also raised the burial issue and to enlist plantation workers’ support, they demanded for them a Rs. 1,000 salary increase.

Referring to the Muslims as ‘Tamil speaking people’, MA Sumanthiran of the TNA attempted to woo the Muslims. Except Ameer Ali in Batticaloa and Imran Maharoof in Trincomalee, Muslims in general kept away from the TNA, considered a proxy of the LTTE. The LTTE ethnically cleansed 72,000 Muslims from the north and staged repeated massacres of Muslim villages in the east. The Muslims’ memories of LTTE brutalities persisted.

Commonly known as P2P, the march originated in Poththuvil (P) and ended in Polika’ndi (P). After the protesters left the east, the march was heavily infiltrated by LTTE supporters and sympathisers. A hundred red and yellow flags without the Tiger emblem was paraded.

The rally ended with protesters saluting Millar, the first LTTE suicide terrorist and Thileepan, an LTTE leader. In parallel, the LTTE international network staged their P2P march in the UK on February 7, 2021. The march was disrupted when the British police stopped the LTTE motorcade in Harrow, Middlesex and noted their vehicle numbers for investigation.

There were attempts to stage P2P marches in Canada, Switzerland, and Australia where LTTE flags were flown, cutouts of Velupillai Prabhakaran paraded, decorated lamps were lit, LTTE slogans sung and other LTTE memorabilia displayed.

Police investigations revealed that the LTTE headquarters group and other LTTE entities partly funded the protest. The P2P protests witnessed Tamil children carrying LTTE flags including the son of Pulavar alias Thumpan, the deputy leader of the LTTE headquarters group in the UK. An arms trafficker from North Korea, Pulavar was based in Indonesia moving weapons to Sri Lanka.

Like most LTTE functionaries that engaged in terrorist support activity, Pulavar masquerades as a human rights activist.

According to foreign intelligence, the headquarters group led by Anthony Cruz alias Sangeethan alias Dayabaran has been funding LTTE attacks in Sri Lanka. Cruz, a functionary of the LTTE national intelligence under Pottu Amman 1990 to 2009 was based in India from 1998-2003. With the end of Sri Lanka’s battle against terrorism in 2009, Cruz travelled to the UK through India.

In addition to the HQ group, known as World Tamil Historical Society, the P2P has been funded by the Tamil Coordinating Committee, another LTTE front led by Nediyawan.

A: The 13th Amendment to the Constitution of Sri Lanka (13A) created Provincial Councils in Sri Lanka. The Councils were created after July 29 1987, when the Indo-Sri Lanka Accord was signed between Indian Prime Minister Rajiv Gandhi and President J.R. Jayewardene.

The background to the Accord was India providing sanctuary, financing, arming, training, and directing the LTTE. With India compelling Sri Lanka to sign the Accord, the government faced an insurrection in the south. The unhappiness was reflected when a naval rating hit Rajiv Gandhi nearly assassinating him.

The LTTE assassinated Gandhi after returning to violence having reneged on the Agreement. The reality in Sri Lanka is that any Government devolving powers to the North and East will be toppled. The historical experience is that devolution of power to the provinces will be exploited by the separatists to secede.

Tamil politicians both TNA and others are not trusted. They are either associated with the LTTE international network or with India. In February 2016, the Chief Minister of Sri Lanka’s Northern Province, C.V. Wigneswaran sought India’s direct intervention in the complete implementation of the Amendment.

Having suffered from Indian covert assistance to the LTTE and five other terrorist groups, Sri Lankans detested Indian intervention. Although India is unlikely to rearm the LTTE, Sri Lankans are suspicious of Indian designs especially, in the north and the east.

Increasingly, an opinion is building in Sri Lanka to abrogate the 13th Amendment along the lines of India revoking the special status, or limited autonomy, granted under Article 370 of the Indian Constitution to Jammu and Kashmir—a region administered by India as a state which consists of the larger part of Kashmir and which has been the subject of dispute among India, Pakistan, and China since 1947.

On August 5, 2019, the Government of India, cut off communication lines in the Kashmir Valley, a region gripped by a prolonged separatist terrorism and insurgency. Kashmiri politicians were taken into custody, including the former chief minister.

The Government is aware of the LTTE planning to harness the political freedoms in the north and the east and subvert the Tamil community. If there is a revival of the LTTE, the Sri Lankan Government will not hesitate to move in this direction.

The current strategy by the separatists is to masquerade as human rights activists and provoke Government overreaction. As such, the Government did not respond decisively to the P2P protest. However, having witnessed the detrimental impact of the protest, the Government will no longer permit a similar episode as it compromises the hard won stability and security.

The Government is also aware of the LTTE working both on the political and terrorist fronts. In addition to plotting intermittent attacks, the LTTE network overseas is building a support infrastructure in the north and the east.

After the military defeat of the LTTE in May 2009, Sri Lankans are unwilling to devolve land, police and financial powers to the provinces. The structure implemented in the North and the East should be acceptable to all parts of the country.