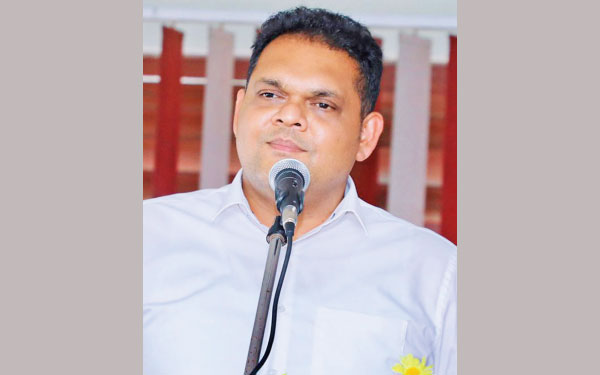 Politicians and people stage protests and criticize the Government while benefitting from its timely measures to control the Covid-19 pandemic under the guidance of President Gotabaya Rajapaksa, said Samurdhi, Household Economy, Micro Finance, Self Employment and Business Development, State Minister Shehan Semasinghe at Kahatagasdigiliya on Sunday.

He was speaking at a ceremony to donate equipment to 215 beneficiaries to enhance production in the Kahatagasdigiliya Divisional Secretariat under the ‘Saubagya Production Villages’ programme.

He said that President Gotabaya Rajapaksa is not one who rules the country sitting in a seat but one who implements practical solutions for the issues at hand. With the spread of the Covid-19 pandemic in the country, the President gave priority to this crisis spending time and money of the Government and public service, despite many other issues that were to be addressed. Hence the country could be brought to normalcy while many other countries are struggling with the pandemic.

State Minister Semasinghe said that many political organizations and trade unions attempt to exploit this situation that was created with great effort, to fight against the Government rather than taking the country forward.

He said the objective of granting this equipment to the farmers is to get their contribution to uplift the economy which has suffered in many ways as a result of the pandemic. Despite these issues, the Government took policy decisions to drive the economy forward as it is the aspirations of the positive-minded people. Some decisions had to be changed and altered due to practical issues that the people had to face while other decisions were implemented unchanged.

State Minister Semasinghe said further that this chaotic situation is not limited only to us but to the entire world due to the Covid-19 pandemic. This situation that the President and the Government is facing today cannot be compared with any other former leader’s situation. This is an unprecedented situation and if someone asked as to what the President had done, the answer should be that people live in such a pandemic with a low death rate, due to his leadership and commitment. Kahatagasdigiliya Divisional Secretariat R.R. Sendil, Anuradhapura district Samurdhi Director W.A. Wasantha and Deputy Samurdhi Director Mahinda Weerakoon also participated in the event.