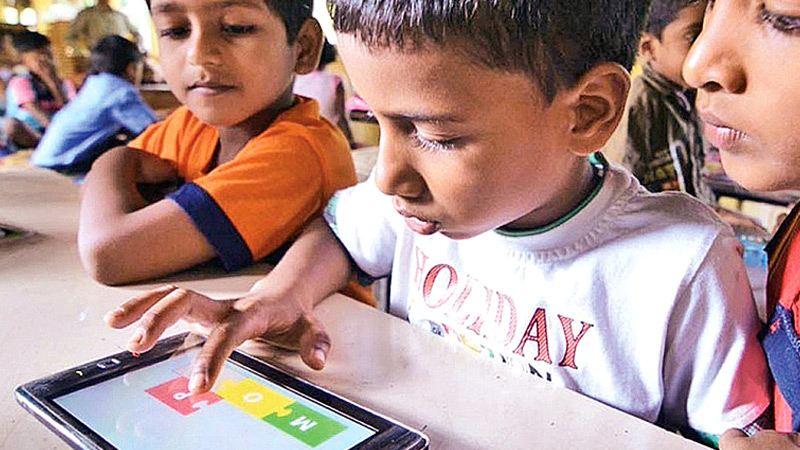 The ripples of political activity refuse to die down as both the Government and the Opposition prepare to do battle in Parliament and outside, even while the Coronavirus pandemic continues although seeing a gradual easing of restrictions, a slow return to relative normalcy and an enhanced vaccination campaign.

The latter is gaining more momentum now. A batch of 26,000 Pfizer vaccines, now considered the optimum option in preventing serious illness due to the Coronavirus, was received in the country this week. The vaccines arrived from the United States and were part of the vaccines purchased by the State Pharmaceuticals Corporation.

President Gotabaya Rajapaksa has directed the Ministry of Health to issue part of this consignment to residents in Colombo to be used as the second dose on those who obtained the AstraZeneca vaccine. Colombo Mayor Rosy Senanayake said the vaccine will be administered to residents between the ages of 55 to 69 who had previously obtained the AstraZeneca vaccine as their first vaccine.

This is while the fatalities from Coronavirus infections continue to record significant numbers. On Sunday, there were 45 deaths reported throughout the country, bringing the death total from the pandemic to 3,236. These statistics suggest that it will take a period of time before the number of infections and deaths could be brought under control.

While still dealing with the consequences of the pandemic, the government also had to last week contend with trade union action in the health sector. Resorting to strike action first was the Public Services United Nurses’ Union (PSUNU) which demanded an increase in wages and allowances.

The PSUNU is headed by Muruththetuwe Ananda Thera, an influential Buddhist monk who has recently been extremely critical of the government. Some 30,000 nurses joined the strike action which was short-lived. The PSUNU called off the trade union action after attending discussions presided over by President Rajapaksa and attended by Health Minister Pavithra Wanniarachchi.

The doctors’ trade union, the Government Medical Officers’ Association (GMOA) denounced the nurses’ industrial action as “extremely inhuman,” and directed doctors to carry out some nurses’ duties in an attempt to reduce the impact of the strike.

With the nurses being granted their demands, other health sector trade unions also commenced trade union action. Joining in this were the Joint Council of Professions Supplementary to Medicine, Public Health Inspectors Union (PHIU) and other affiliated trade unions.

Health administrators condemned the action by the unions. “It is really unfair to carry out trade union action at this point in time when the country is battling to overcome a pandemic. In such a situation, health staff should work hand in hand in order to deliver the best services,” Deputy Director-General of Health Services Dr. Hemantha Herath said.

Dr. Herath pointed out that any trade union action launched at this time could adversely affect not only the care of patients in hospitals but also hamper the vaccination programme. This could in turn lead to a further spike in COVID-19 infections, he warned.

The government was also keen to progress plans to vaccinate school teachers in a bid to restore normalcy to the country’s school education system. Vaccination of school teachers will be the first step in having schools re-opened, Education Minister G. L. Peiris said.

Currently every effort is being made to minimise the disruption to the school curriculum through online education. However, there are challenges associated with this as not every student has access to online facilities, particularly in rural regions. This creates disparity among students, experts have pointed out.

On the political front meanwhile, the re-entry of United National Party (UNP) leader and former Prime Minister Ranil Wickremesinghe to Parliament continues to create waves in the opposition. Wickremesinghe took oaths as the solitary National List Parliamentarian from the UNP last week.

If there was an expectation that this would strengthen the opposition, that is yet to materialise. On the contrary, there have been suggestions that some Parliamentarians of the Samagi Jana Balavegaya (SJB) who are dissatisfied with the leadership style of Opposition Leader Sajith Premadasa may revert to the UNP. It is well known that there has been a dialogue between the UNP hierarchy and some SJB Parliamentarians.

Interestingly, there was a similar invitation extended to Premadasa last week. The UNP tendered an open invitation to Opposition Leader Sajith Premadasa to re-join the Grand Old Party. “We invite Mr. Premadasa to come back to his ancestral home and join us to save the nation from the present crisis. One must not be shy to return to his or her ancestral home,” UNP General Secretary Palitha Range Bandara said.

“This is a genuine invitation. We would also like to remind Mr. Premadasa that he is in politics because of his father who was a UNPer,” Bandara said at a media briefing also attended by the UNP’s deputy leader, Ruwan Wijewardene. Neither Opposition Leader Premadasa nor the SJB have formally responded to this ‘invitation’.

It is however highly likely that, with no elections on the cards in the near future, both the SJB and the UNP will forge their separate political pathways, at least for the time being. The SJB in particular feels that with over fifty Parliamentarians- and some popular politicians- in its ranks, it does not need to yield to the rhetoric of the UNP.

SJB stalwarts also take heart from the emergence of the ruling party, the Sri Lanka Podujana Peramuna (SLPP) which broke away from the Sri Lanka Freedom Party, another ‘grand old party’ with a rich history of wielding power from time to time. The SLFP now plays second fiddle to the SLPP in the ruling coalition.

Indeed, frictions between the latter two parties also came to the fore last week, indicating that challenges in party politics is not the sole preserve of the Opposition. Sparking the controversy was a comment made by State Minister for Batik, Handloom and Local Apparel Products, Dayasiri Jayasekara.

Jayasekara, in trying to explain the country’s current economic challenges, said that he had been allocated a ministry with a ‘funny’ title and that creating such ministries alone will not suffice. This was to earn a sharp rebuke from his colleagues. Ports and Shipping Minister Rohitha Abeygunawardena dismissed these remarks saying Jayasekara was unhappy as he did not receive a Cabinet portfolio.

State Minister for Rural Roads and Other Infrastructure Nimal Lanza too responded saying Minister Jayasekara should resign from his post if it was unsuitable for him, making way for another from his party to take over. “After Basil Rajapaksa arrives, he will create a programme that will build the economy of this country and provide relief to the people of this country. He is someone who has a proven track record,” Minister Lanza said.

The arrival of Basil Rajapaksa in Parliament will indeed eventuate shortly. On Tuesday it was announced that SLPP National List Parliamentarian Jayantha Ketagoda has resigned. This now paves the way for the SLPP to nominate a person of its choice to fill this vacancy.

Meanwhile, the Government will also have to deal with the Motion of No-Confidence submitted against Minister of Energy Udaya Gammanpila. This was submitted mostly by Parliamentarians of the SJB, following the recent fuel price hike. It was triggered by a statement by the ruling party’s General Secretary and National List Parliamentarian Sagara Kariyawasam, who blamed the price hike on Gammanpila and called for his resignation.

This apparent discord within the ranks of the Government spurred the SJB into submitting a Motion of No Confidence against Minister Gammanpila. It hoped that this would place the ruling party in an uncomfortable position, with its own General Secretary having called for the Minister’s resignation.

However, Sagara Kariyawasam, the SLPP’s General Secretary maintained that the government would not allow the opposition to “fish in troubled waters”, while still defending his decision to be critical of Minister Gammanpila. Kariyawasam said he expressed the stance of the party against the subject minister’s failure to take action to prevent a fuel price hike. The SLPP as a party continued to hold that view with regard to the fuel price increase, he said.

“We as a party, have a right to state our position. I expressed the stance of the party on behalf of the people, not for the Opposition to take undue advantage. We are not ready to get caught in the trap laid by the Opposition,” Kariyawasam said. With regard to his vote on the motion of no-confidence, Kariyawasam said that he would decide after a discussion with SLPP leaders and other constituent parties of the Government. He is likely to either vote against the motion, abstain or be absent himself.

These events suggest that, while the coronavirus pandemic continues to dominate discussion in Government circles and continues to extract a heavy toll in terms of lives lost, party politics in the country is slowly but surely re-emerging after being dormant for some time in the face of restrictions imposed due to the pandemic- and more political activity can be expected in the months to come.