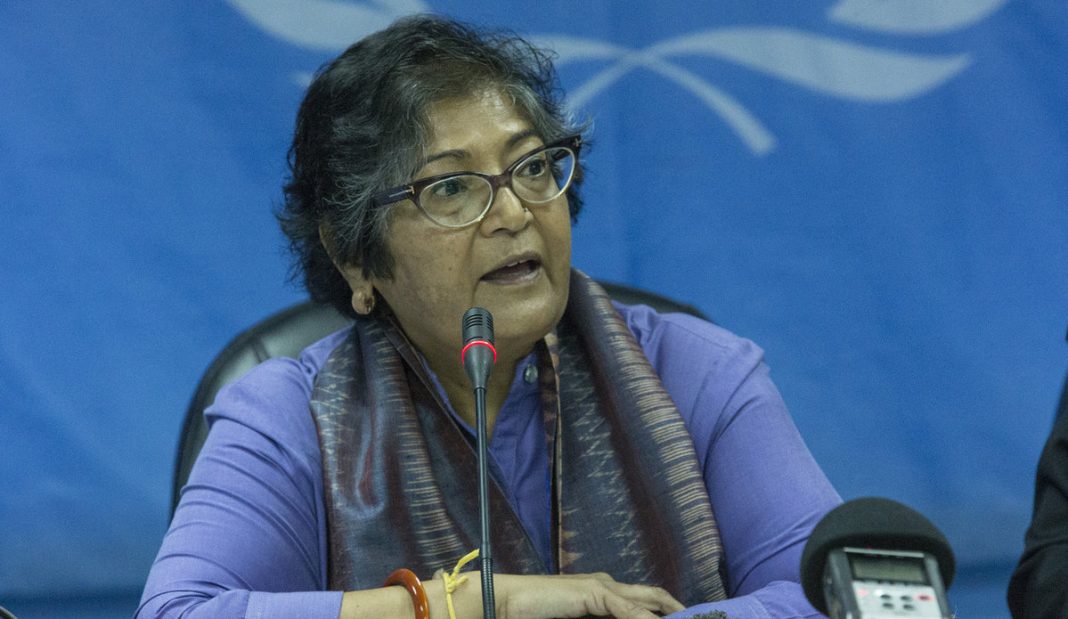 This email letter is to seek clarification and appropriate action by you with regard to Yasmin Sooka former Executive Director of Foundation for Human Rights who via this EU-Funded entity created for the people of South Africa, was administering an entity called International Truth & Justice Project-Sri Lanka and issuing more reports against Sri Lanka than the work she was paid to do by EU for FHR-South Africa.

The primary question is did EU sanction Yasmin Sooka to create ITJP-Sri Lanka under FHR-South Africa? If so, can you explain why an EU funded project for South Africa should plug a project that is anti-Sri Lanka? Sri Lanka & South Africa are located in two different continents.

The Foundation is funded by EU & Belgium & receives funding from Ireland CARE, UN bodies & even American Foundation. The foundation’s scope of work is SOUTH AFRICA not Sri Lanka.

Her position as Executive Director of FHR-South Africa ended in September 2019 but her position as Director ITJP-SL continues – is she still being paid by EU via FHR & why?

How can a EU funded South African human rights project administer another project (International Truth & Justice Project-Sri Lanka since 2014) that has nothing to do with South Africa or South Africans?

Is this funding approved by EU tax payers? (2 salaries?)

Was EU funding for FHR-South Africa, used for ITJP-Sri Lanka with or without EU knowledge by Yasmin Sooka?

Is the EU aware that Yasmin Sooka is/was Executive Director of FHR while also being head of ITJP-SL?  http://www.itjpsl.com

If EU is not funding ITJP(SL) which is administered within FHR why is EU allowing ITJP-SL to be administered through FHR-South Africa?

Though Sooka relinquished duties as Executive Director of FHR in September 2019, the ITJPSL reports on Sri Lanka has only increased. Is FHR really involved in South Africa or churning reports against Sri Lanka via ITJPSL?

From 2014-2021 (7 years), the ITJPSL and Sooka has issued a record breaking 164 reports on Sri Lanka in English, Tamil & Sinhalese. How many reports has she issued on South Africa? South Africans should start counting!

What is the connection with EU funded FHR & ITJP(SL) Sri Lanka?

https://www.fhr.org.za(put a search for the name ITJPSL on Foundation for Human Rightswebsite – all that appears is “sorry, but nothing matched your search items”)

If FHR website does not mention ITJPSL – how can ITJP-SL on its website claim that it is being administered by FHR & its Executive Director Sooka?

(pl note that since 2021 the ITJPSL introduction has been changed. Below a screen shot of previous introduction is given as proof)

Highlighting some of her biased & controversial reports via ITJP-SL

Her association with other anti-Sri Lanka campaigns

To cover up this embarrassment, her outfit is now targeting patriotic diaspora groups and singling out individuals figuring prominently to safeguard the sovereignty of Sri Lanka.

As a public figure and the manner Yasmin Sooka has been issuing reports against Sri Lanka without even visiting Sri Lanka, we have every right to raise questions as to why she is so particular about only Sri Lanka over & above every other country in the world, including the countries she serves as Member of Truth Commissions etc. We find this “concern” for Sri Lanka by her very puzzling and her actions questionable. She became involved with Sri Lanka in 2010 as one of former UNSG Ban Ki Moon’s personally selected 3 panel members for his personally commissioned report on Sri Lanka after the conflict ended in 2009. This report was leaked to the public in 2011 and in 2013 became referred to as a ‘comrade’ by a pro-LTTE Group designated and banned as a LTTE front in 2014.

Be that as it may, the EU funds global initiatives using EU tax payers money. It is appropriate for the Ministers in charge to see if funds sent by EU for social initiatives in South Africa have been used against Sri Lanka as well as answer how the FHR-South Africa funded by EU can operate an entity called ITJP-SL of which Sooka is head when FHR-South Africa website has no records of ITJP-SL or links to it.

Can you please be kind enough to respond to any of the questions raised, or in the least commence an inquiry to ascertain the validity of the questions posed to you in this mail. We find it very strange that an international public figure who has never been to Sri Lanka and was involved with Sri Lanka only after 2010, could hate Sri Lanka so much to use her position in a manner that citizens of Sri Lanka find hurtful in view of the conclusions she promotes internationally using her public office.

Therefore, we would like the EU to make clear of the links between FHR-South Africa & ITJP-Sri Lanka an explanation as to why EU would fund ITJP-SL within the FHR-SA and why FHR-SA does not carry any mention or link to ITJP-SL in its records/website yet ITJP-SL claims it is administered via FHR-SA with Yasmin Sooka functioning as Executive Director of FHR from 2001-2019(Sept) and Director of ITJP-SL from 2014 to present (based on the reports)