On determining the necessary parties in a Writ application 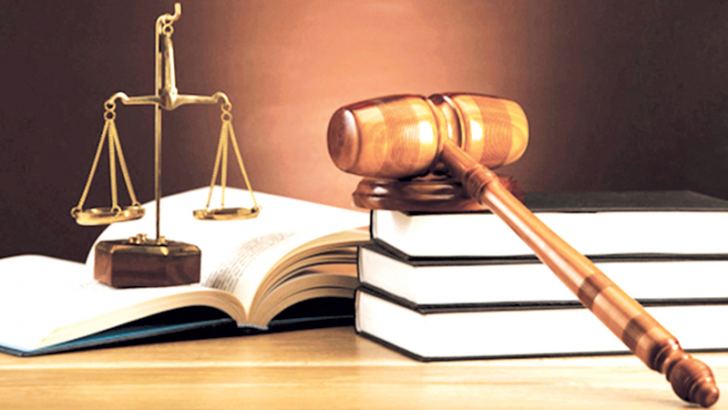 The Court of Appeal judgement contained this excerpt about the case details: “When the aforesaid application was taken up for hearing on 15.12.2003 learned State Counsel appearing for the respondents raised a preliminary objection to the maintainability of this application on the basis that the petitioners have failed to make the successful children or their parents whose names appeared in the temporary list published by the first respondent as parties to this application.” The Acting Principal of the school was the first respondent.

State Counsel maintained that the rights of the successful students would be in jeopardy if the writ application was heard in their absence — but they had not been named as respondents.

The Court of Appeal Judgement summarized the gist of the objection to the petitioner not having named the necessary parties, as follows: “The objection of the learned State Counsel is that the relief claimed by the petitioners, namely, quashing the temporary list of successful children would affect their acquired rights and as such the successful children or their parties should have been made parties to this application. It is on this basis learned State Counsel urged that this application must be dismissed in limine since the petitioners have failed to make necessary parties as respondents to this application.” Court ruled in favour of the Respondents.

The go-to case for Counsel on applications of this nature seems to be Abayadeera and 162 others v Dr. Stanley Wijesundara, Vice Chancellor, University of Colombo and Another. In this landmark case, petitioners sought a writ of mandamus on the respondents to compel them to hold the second MBBS Examination only for students of the University of Colombo. However, a three judge bench of the Court of Appeal observed that if a mandamus is issued, 115 students of the North Colombo Medical College will be adversely affected, and the failure to make them respondents is fatal to the petitioners’ application.

In the case under review however (Gregory Fernando), Counsel for the petitioner cited an interesting lawsuit, Gamini Dissanayake v Kaleel (SLR-1993 Vol.2-P135.)

In the said case, the Supreme Court had held that the petitioners who had signed a resolution of impeachment against the then President Premadasa did not have their right to natural justice breached, even though the UNP Working Committee had not given them a chance to be heard before being expelled.

However, in the case under review SC held that the decision in Kaleel’s case cannot be applied to the current writ application. The question whether necessary parties were before Court was not considered in that case, the Court of Appeal judges opined. The petitioners in that application were not given an opportunity to give any explanation before the (UNP) Working Committee as to why they should not be expelled. The then Supreme Court bench held that “all the issues in the application relate to legal matters arising upon admitted facts.” The Supreme Court also held that thought the Working Committee had not heard the petitioners before expulsion from the party, such expulsion from the party had not yet taken effect, and the validity of the expulsion is to be decided by the Court.

Though the issue of natural justice, i.e., whether all parties to a dispute have been heard was considered in that case, what was not considered was whether necessary parties were before Court. Curiously Court held in judgement that necessary parties were indeed before Court and that natural justice does not apply to the UNP Working Committee hearing because both parties were anyway being heard in the Supreme Court now even though expulsion from the party is not final. At least that seemed to be the gist of the judgement.

In a similar writ application, Goonetilleke v. The Government Agent, Galle (47 NLR 190) Keuneman J observed with regard an application for a licence that it would manifestly be unsatisfactory to have two persons licensed to run the business of a baker at one and the same place of business where the two parties are at arm’s length. The issue of a licence to the petitioner must necessarily involve the cancelation of the licence issued in favour of Jayasinghe. “I am therefore of the view that the objection is sound and that the failure to make Jayasinghe a party respondent must be held to be a fatal irregularity,” it was noted by Keunaman J in the judgement.

This judgement cited Carron v. The Government Agent. Western Province (46 NLR 237) in which application Wijeyewardene, J. opined: “The petitioner wants to have the election declared void but has failed to make Mr. Jayasinghe a party.” Mr. Jayasinghe was the successful candidate in the election that was being challenged.

Counsel for the petitioner however contended in Goonetileke vs Government Agent Galle cited above, that this principle should be limited to election cases and should not be extended to instances where an application is made to compel the issue of a trade licence by a local authority, as in the case under review.

However, Keunaman J rejecting this argument determined that what is important with regard to a necessary party is that even though an order can indeed be made in the party’s absence, the party’s presence is nevertheless necessary for a complete and final order to be made. The distinction is subtle but important.