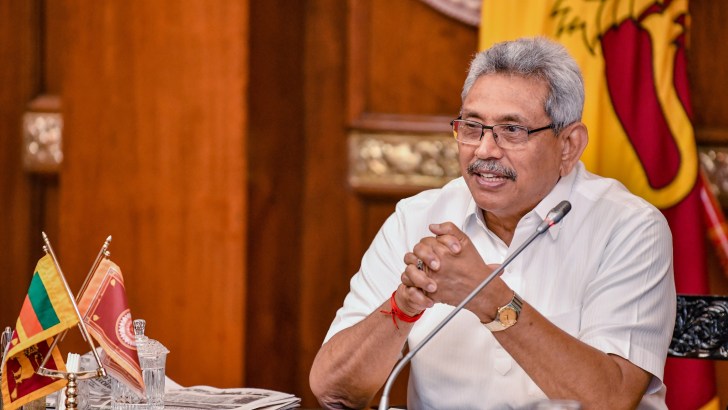 The usual culprits are going into states of apoplexy over what they see as systemic collapse. A SLPP Government, a Rajapaksa Government in power, and they suddenly start screaming there is systemic failure of catastrophic proportions.

This systemic failure which they say ailed the system from the time of independence was never noticed during the tenure of the UNP Yahpalana regime, however putrid it may have been.

Those who scream a systemic collapse has occurred seem to have a systemic verbal diarrhoea disorder.

This is the fig leaf they have chosen to hide their anti-Rajapaksa, anti-SLPP and counter-progressive credentials.

“Systemic”. Dr. Colvin R de Silva acerbically said that the Lord almighty does not trust the British people in the dark. The liberal intellectuals so called who take after the British these days can’t tell the difference between a bright prospect and a dark place — and trust them to show their colours no matter what time of day it is.

They are now calling for systemic change when they know there isn’t a single character in their camp who can inspire the people’s confidence. So they say the system is rotten, instead of saying they have some rotten leaders on their side of the divide.

There are three types of failures that beset a country through their governing classes.

Yes, there can be systemic failure, but that’s not what ails us these days. There can then be a failure in leadership. This is as opposed to systemic failure — i.e. a country has a fairly durable system, but the people who man the levers of power, are clowns and worse.

Then, there can be an utter failure in the vision department. Once upon a time, the patriarchal US President George. W. Bush (father obviously, not the son) made a coy admission that he lacks the ‘vision thing.”

We can’t be having a systemic crisis because its nonsense if there can be such a thing that’s only noticed during the tenure of a non UNP (i.e. non right-wing Government.).

Now, it may be true that our institutions don’t work as they are supposed to always, but they work just enough that the system survives, and that’s one reason a reasonably good system is also seen sometimes as bad.

It’s prosaic. It’s just there. People can pelt stones at the edifice and there may be rotten parts in it that decay and are unsightly, but yet the edifice remains.

Now, we may have a crisis on our hands what with Covid and all that, but do we have chaos? No, and we should know because chaos is what we had three years ago for instance in 2018 and in that entire tenure of the Yahapalana era, more or less.

Now, that was chaos. That’s what was meant by a lack of leadership — because they are awol often, those leaders who cannot or would not lead.

We certainly do not have that situation now. Even those who hate what this president does — and no leader in a democracy has 100 per cent approval anywhere — would say that the president is in charge, he is not sleeping at the wheel, and he has got a firm grip on the levers of power whatever else his detractors may say about him.

So, we do not have a systemic crisis or a leadership crisis and those who can’t see the difference can scream their heads off about a non-existent systemic crisis, but at best they are misidentifying some other failure for a collapse of the structural struts that hold up those levers of power.

If we do not have either a systemic or a leadership crisis do we have any other type of continuing failure since we won our freedom from the coloniser?

This writer would daresay that what we’ve had is a crisis not of a structural nature or in the nature of a leadership vacuum — but a crisis of vision.

We haven’t had the leaders with the long term vision, and the political will of course to carry that vision through to fruition. We simply have failed “the vision thing.”

Now, with the current Gotabaya administration the jury is still out on whether this administration has for the first time in any administration since independence, a vision for progress, a component that was sorely lacking in almost all post-independence regimes that we have known.

Vision is not an element that can be identified in a two year old administration.

It can be any type of leadership, but it takes time to determine if it has a sustained policy that fires the collective imagination, and ignites a national movement.

Now that’s vision, and it’s what we haven’t had since independence. A lack thereof cannot be misidentified as a systemic failure or a leadership lacuna. But a vision deficit can be a deep-going issue too, and that’s why there are so many of us that feel a gnawing sense of policy level failure in this country.

They can’t put their finger on it, but what they misidentify as systemic failure, is very often a crisis of a lack of long term planning — and a lack of a sustained strategy.

The people of this country, bless them, have carried the nation forward on their shoulders when they knew there was nobody with a long term vision to lead them since independence.

It’s the people that weathered the storms, the wars and the tsunamis and saw the country through from crisis to crisis. They have had the intestinal fortitude to persevere, even when the leadership material they have had since independence has sometimes been utterly putrid.

Now, that certainly is not systemic failure when we have a population that can endure. We have had people that have a far better sense of where we are headed — a political barometer if you will — than the political scientists or the breast beating journalists who mistake themselves for visionaries.

When people knew they have no visionary leadership they used the power of the ballot to change Governments. What else were they supposed to do?

But at least they kept doing that and that’s an indication of a system that’s working in spite of itself.

We have a system, and it has proved to be durable. It’s far from any stage of collapse, but it needs someone who can come along and make use of it in a way that would change, and would build a future for the generations to come.

We don’t need a mere leader — most teams have a captain and there is rarely a mutiny while the captain is serving out his appointed term.

But it’s rarely a truly good captain comes along and that is the issue we must put our finger on— this lack of the vision thing.

But this Government shows signs of having a vision that can be converted into a long term nation building movement.

That’s in contrast to the previous regime that wouldn’t have known what vision is if it had hit them in the face. They had chaos.

But this Government has leadership which has the potential to be converted to a long term vision that endures.

We just have to wait and see instead of screaming that the system is caving in, and we are all going down with it. If you want your nightmares you pundits, please go to sleep and have them — don’t enact your bad dreams in the public space.