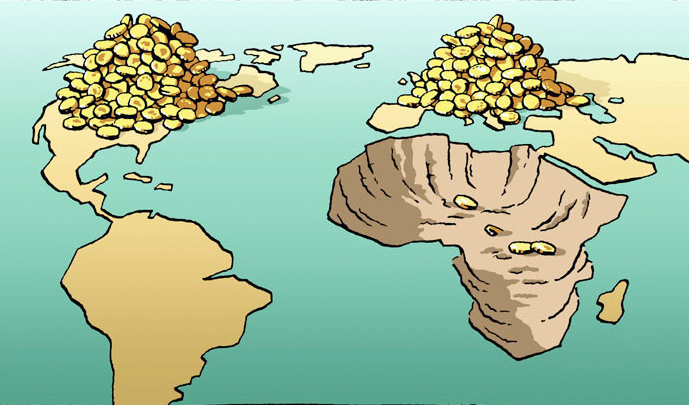 Of the 47 member nations of the United Nations Human Rights Council (UNHRC), only seven are West European countries. Displaying a tendency of neocolonialism, those seven, together with the non-member United States make blatant attempts to dominate the Council.

The latest example of the dominant attitude of the West is the Resolution on Sri Lanka, for which they have roped-in unsuspecting Malawi to show that an African country too is among the co-sponsors. However, the 27 Asia-Pacific and African members of the UNHRC and eight Latin American and Caribbean States, together with the five East European countries could easily resist Western attempts of dominance, if they take a united stand. Unfortunately, some of the vulnerable countries of the Third World are unable to resist the affluent Western countries because of their dependence on aid.

Although the vast majority of UNHRC members belong to the Non-Aligned Movement (NAM), the relevance of the organization has diminished after the collapse of the Soviet Union that marked the end of the alternate super power bloc, the Warsaw Pact. With the transformation of the power equation, new alignments were formed and the United States succeeded in expanding its influence over many NAM members, including its pioneers India, Yugoslavia (now fragmented), Egypt and Ghana.

Sri Lanka is fortunate to get the backing of two of the most powerful countries in the world, China and Russia at the international forum. They, together with Cuba, Pakistan, the Philippines and several other dependable friends of Sri Lanka lodged strong objections to the Resolution, which has already been rejected by Sri Lanka.

Many countries, faced with internal conflicts and terrorism, are determined to solve them without leaving any room for external interventions. Hence, they strongly feel that a UNHRC resolution calling for external intervention on any country could set an unwanted precedent. Many experts of international law agree that such a precedent would allow similar actions against any other country in the future.

Earlier this week, India expressed vehement opposition to the decision made by the British Parliament to discuss the Indian farmers’ protest. The British envoy in New Delhi, Alex Ellis was summoned by Foreign Secretary Harsh Shringla and served a demarche or formal diplomatic representation that conveyed India’s “strong opposition to the unwarranted and tendentious discussion on agricultural reforms in India in the British Parliament.”

During the debate, most of the British MPs acknowledged that the Indian Government’s agricultural reforms were a domestic matter but noted their constituents had strong links with India’s farm sector and were upset by what they described as the use of force against protesting farmers. India is rightly of the view that farmer reforms were an internal matter and the Government has every right to deal with rioting farmers to maintain law and order.

Most UNHRC member countries in Asia and Africa look towards India for guidance when there are major political differences over the resolutions before the Council. Hence, the Indian objection to unwarranted British interference on the farmers’ protest could provide guidance to the imperative need for the Third World’s opposition to external interventions.

India’s opposition to any international debate on Kashmir is well recorded. Similarly any country facing the threat of terrorism and/or internal conflicts do not want the UNHRC to set a precedent by passing a resolution against a fellow-member or recommendations of external interference and sanctions that could pave way for similar resolutions on other countries in the future.

Several influential countries were heavily involved in behind the scene informal consultations to redraft some of the clauses of the Resolution on Sri Lanka.

There are several countries with internal conflicts wary of strongly worded resolutions on any country and India is among the countries in consultation with others over redrafting the Resolution.

The Core Group of countries led by the United Kingdom working on Sri Lanka’s issue at the UNHRC are currently holding informal consultations with others to draft the final version of the resolution and during those discussions, several Third World countries had major objections to some of the clauses in the proposed draft.

During the informal consultations most of the Core Group wanted a strong wording of the resolution. They were backed by several European countries including Norway, Sweden, Denmark, Finland and Ireland.

On the other hand, UNHRC member nations faced with threats of terrorism and internal conflicts expressed concern over some clauses of the draft proposal as they would set a precedent for future actions on any country.

For example, Clause 6 of the draft reads: “Recognizes the importance of preserving and analyzing evidence relating to violations and abuses of human rights and related crimes in Sri Lanka with a view to advancing accountability, and decide to strengthen the capacity of the Office of the High Commissioner to collect, consolidate, analyze and preserve information and evidence and to develop possible strategies for future accountability processes for gross violations of human rights or serious violations of international humanitarian law, to advocate for victims and survivors, and to support relevant judicial proceedings in Member States with competent jurisdiction.”

Several Asian and African members pointed out that this would result in the serious infringement on sovereignty of a country. They were of the opinion that several such clauses needed redrafting during informal consultations.

The countries supporting Sri Lanka at the informal discussions pointed out that the Core Group, in its statement, paid tribute to the people of Sri Lanka and expressed the wish to highlight its ongoing commitment to accountability, reconciliation, and inclusive peace in Sri Lanka. “We recognize and welcome the progress made by the Government of Sri Lanka in rebuilding infrastructure, demining, land return and resettling internally displaced persons. However, it is clear that more needs to be done to address the harmful legacies of war and build a sustainable peace in the country,” the Core Group said.

In view of the above acknowledgement, the countries supporting Sri Lanka urged the Core Group to be more sensitive to Sri Lanka’s difficulties and to collaborate with Colombo instead of acting with high handedness and arrogance. The draft resolution has been revised ahead of a March 16 deadline and further revisions are likely after a third informal consultation between the co-sponsors of the resolution and concerned countries.

When British MPs expressed concern over the safety of Indian farmer protesters and the status of press freedom, India’s High Commission in London said the Parliamentary discussion was full of “false assertions.” “We deeply regret that rather than a balanced debate, false assertions – without substantiation or facts – were made, casting aspersions on the largest functioning democracy in the world and its institutions,” India’s High Commissioner said and added, “When aspersions are cast on India by anyone, irrespective of their claims of friendship and love for India or domestic political compulsions, there is a need to set the record straight.”

Sri Lanka, as the oldest democracy in Asia, could use the same words with regard to unfounded allegations levelled against this country and the UNHRC Resolution on Sri Lanka. India and other friends should understand the hidden agenda of the West and their neocolonial strategies and resist them collectively for the greater good of all developing nations.