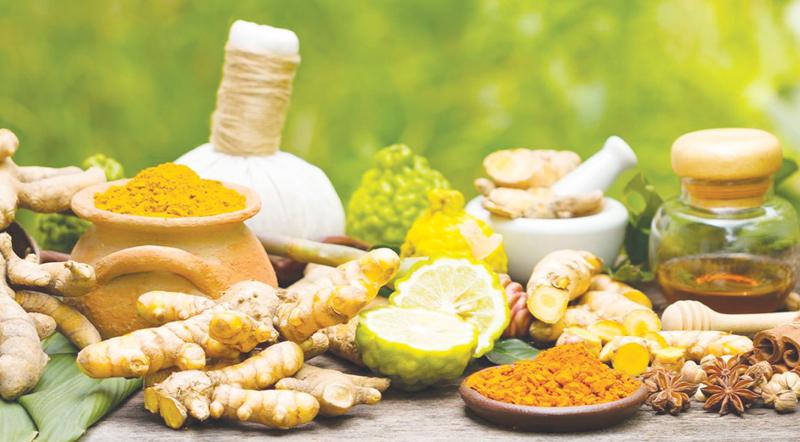 Those who lived in ancient Sri Lanka – the Hela Deepaya knew this. The strength of our ancestors is evident in the monuments we see. Every national policy functioned within the interlinked understanding of recognising and prioritising national health.

Safeguarding of natural heritage went hand in hand with safeguarding of humans. Thus the pharmacy of the nation were the forests and the environment.

A high level of policy level protection were given to certain medicinal trees such as the Mee Tree, which was also known as a favourite abode of bats whose droppings were known as one of the best enrichments for the soil. Cutting down of a Meegahawas was an offence that resulted in the death sentence.

In the nature based agricultural heritage that we seem to have forgotten, we considered all creatures that inherit and occupy this earth as part of the agrarian process, doing their own part. Within this holistic interweaving the agrarian heritage thus went hand in hand with the ancient medical heritage and was part of one collective, not two separate entities.

Much of the secrets of the medical tradition of ancient Sri Lanka – many of it closely entwined with diet based practices have died with our ancestors.

Today when we say ‘health’ it is mostly connected to Western hospitals and the word health in this country is now separated from the indigenous as is our food and food generating processes.

Thus, battling a virus that attacks our immunity; Covid-19, we don’t seem to give priority to our indigenous sciences of health preservation. We seem oblivious to the thousands of native herbs and medicinal indigenous rice, leaves, fruits and traditional teas and many forms of health boosting especially respiratory health, such as vapor inhalation.

What a difference it would have made if a year ago we used the expertise of our traditional physicians to compile a phone recording (the opposite of what we get today) when we try to phone someone.

Instead of merely asking everyone to be fearful and stay indoors we could have distanced ourselves from the fear psychosis and instead use a recorded message we could learn about our indigenous knowledge as relevant to respiratory health and immunity every time we use our phones. This writer noted this in one of the articles mid last year. The confidence that accompanies a comprehensive knowledge about indigenous methods of safeguarding one’s health is immense. This is the confidence that our ancestors had. This is the confidence that we have lost today because we consider our ancient knowledge inferior and we consider that those who hold this knowledge backward.

If we are to go anywhere forward in building up resilience for ourselves and our nation we will have to admit that five centuries of colonisation and seven decades of neo colonisation have made us completely ignorant to the knowledge of our past.

Worse than our ignorance is our attitude. All of us are grown up within an education structure imposed in the era of industrialisation and set up by colonists to suit their agendas; however much we think that this was an advancement, it completely separated us from our roots. Each and every one of us are victims of this reality.

Hence today we are the same as the West, struggling to fight a marauding virus with only Western science.

We cannot take our neighbouring India as an example and state that India failed despite Ayurveda, unless we know that modernised Indian Ayurveda is now a far cry from the earliest nature centric levels of that medical science.

Sri Lanka is one of the few countries in the world which has still survived modernity with an oldest form of medication still pristinely interlinked with nature, (where even the way of cutting a branch of a medicinal tree is believed to impact the energy of the medication).

Sinhala wedakama or Deshiya Chikitsa as this medical science is known has for seven decades been under the tutelage of Ayurveda.

This article will not attempt to unravel this saga but merely stop at saying that there is still time to get our act together if we collate and integrate our expertise together and create a method of handling the madness that is Corona.

We cannot save lives from the Coronavirus by encouraging the pettiness of safeguarding monopoly medical systems. Below are the comments of young physician (wedamahattaya), Kalutharage Sampath who has successfully treated Corona patients who approached him on their own volition while being hospitalised and those in quarantine camps. This information was covered in a previous article.

In the below comments he explains the possible reason why Sri Lanka failed in using traditional physicians as the potential saviours from Covid-19.

“There was no clear framework to encourage traditional physicians towards checking out their ancient books to see what combinations of ‘wattoru’ would work.

By May 05th myself and Physician D. D. Hettiarachchi of Ganemulla were among the first of around 37 physicians to submit our medications to the health ministry and Ayurveda Department.

By November 25th all of us were surprised to hear about a Kali temple trustee – Dhammika Bandara who is not a traditional physician being given opportunity to test his medicines on Covid-19 patients. This is mentioned merely to show gaps in the system that could be corrected.”

“We followed the rule of the land in submitting our medications through the official routes. We were told around May that already Ayurveda doctors were working on a possible cure. We asked why the Sudarshana Choornaya which is given in cases such as Typhoid was not added to the list of herbs that were mentioned to us as those being used as potential Ayurveda cures.

We were told that it was expensive to do so. We are not undermining Ayurveda doctors but we believe that there was no clear framework to encourage us who took our medications and submitted them for approval.”

This is not about an utopia. This is about a clear possibility where Sri Lanka could have easily controlled the spread of this disease with ancient secret indigenous medical knowledge that has still survived. This knowledge was safeguarded with the greatest hardship during the colonial past.”

“It is lamentable that many of the indigenous physicians were disheartened and gave up their struggle to treat Covid-19 patients due to lack of encouragement.”

“One bold young wedamahattaya who also has how own medical charity based organisation who continued to make his medications and built up his own network to send the medications to various locations such as prisons is now well known in social media.

His medications were proven to be beneficial and today he is somewhat famous. Although those such as myself have treated several Covid-19 patients (who reached us on their own accord) and given free medications to quarantine camps with 100 percent results we did not get the opportunity to give preventive based cures for very large numbers of persons because we merely followed the official regulations to the letter.” “We ask for a clear and equal framework for all traditional physicians of this country to be able to test their medications on Covid-19 patients. What we are using are herbs and not substance such as chemicals which is in the food people eat.”

“Give us a chance to test the medications on patients. This is about raising the stature of the country’s wedakama collectively for all Sri Lankans.”

“There are so many other senior physicians who are humble as is the tradition and will not showcase their capabilities on social media. They do not have such connections or inclinations. Give these traditional physicians an equal chance.” “Give them a chance to restore the economy of this country and prevent this lockdown. Give us the chance to treat Covid-19 patients. Sinhala Wedakama is for all the people of Sri Lanka; there is a universal humaneness in this medical science. Help us to re-introduce this system at a time when the country needs it most.”