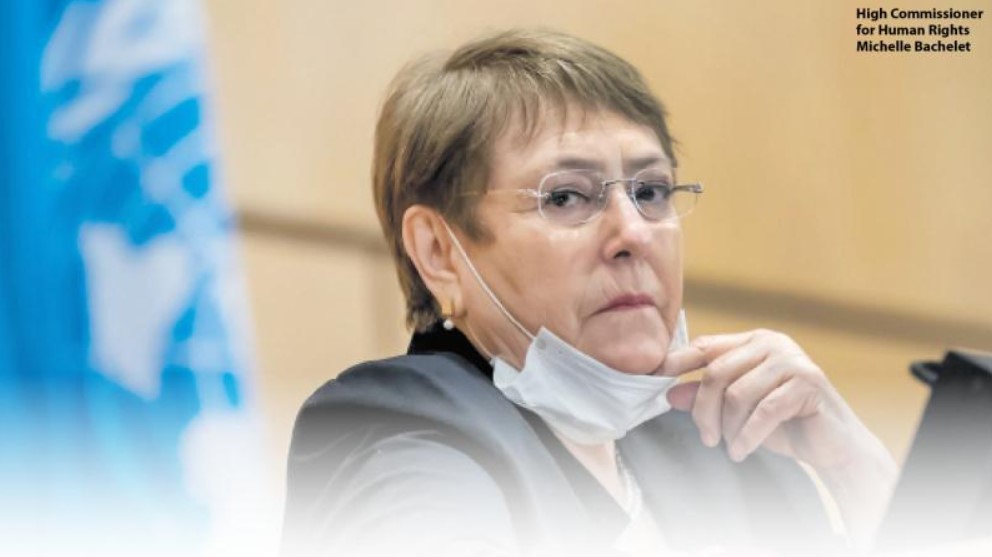 Geneva. That’s a city. Heard of it? It was in the news, folks. Well, “was” means “past tense”. Make no mistake though, it will make the headlines again, for Geneva is seasonal. For now, in the present, it’s old news. We are in a post-Geneva world right now. The human rights noise-makers are on a break.

It’s as though human rights matter only when the Human Rights Council meets or is set to meet. The circus begins in December and continues until bullies are done with bullying. That’s how it is. And then? All quiet on all fronts.

Well, almost. When resolutions are passed, mechanisms are put in place. If the ultimate objective is not achieved, we get a period of consolidation. There are, after all, people who are aware that there will be another December followed by January and February. Those in it for the long haul are not unaware of the importance of incremental gain.

And this is why the noise-makers keep their Twitter accounts active. Relevance must be maintained, after all. We have US Ambassador Alaina B. Teplitz (is “B” for “Busybody”, one wonders) offering advice on how Sri Lanka should or should not maintain relations with other countries. She gets her favourite scribes in certain media houses to write reams about her opinions on whatever excites her at the moment. It’s now Port City and now about how to deliver ease of business. Then it’s about debt management. And this from the representative of a country whose debt is owned by China!

Meanwhile, there’s a hilarious story from Geneva. High Commissioner for Human Rights Michelle Bachelet has thought fit to advise the UK about legislation in that country. Now, the UK was the key player (operating as proxy for the US, which called the Human Rights Council a cesspool of bias, implying that Bachelet herself is the Drainage Manager) in moves against Sri Lanka just a few weeks ago.

What’s interesting is the stark difference in tone and content. Sri Lanka was essentially warned about various matters which disturbed the Council. Measures were taken, or so we are told, to make sure things don’t get worse. No, nothing about war crimes, crimes against humanity, genocide, and other tall tales that seemed to have been bedtime reading for the likes of Bachelet not too long ago. (She even had nightmares about the discovery of a mass grave in Mannar containing the remains of people killed some 400 years ago but which she was convinced was a Rajapaksa affair.) It was about a disturbing present that cast shadows on a possibly worse future. In a word conjecture. If you want an adjective, consider “wild”.

The UK case is different. It’s legislation that would give a free hand to combatants to rape, plunder, torture, and kill. That’s black and white stuff, as opposed to a motley set of stories laced with exaggeration, if not totally fabricated, which “compelled” the Council to rap Sri Lankan on the proverbial knuckles and more. In stark contrast, Bachelet’s missive to the UK is mild.

Bachelet, the Chief of Vexatious Persecution in Geneva, operating on behalf of the worst war criminals that walk the Earth, representing the worst rogue nations the world has known over the past several centuries, has some lovely words for the British: “As currently drafted, the bill would make it substantially less likely that UK service members on overseas operations would be held accountable for serious human rights violations amounting to international crimes.”

This is about the Overseas Operations Bill (better known as the Bill Against Vexatious Prosecution). If “present” is what compelled the Council to draw Sri Lanka over the coals a few weeks ago, then this “present” in the UK should have prompted Bachelet to leave no stone unturned to facilitate sanctions against that country. Didn’t happen. Won’t happen. The world is not ordered that way. Geneva doesn’t operate that way. Bachelet is not made for that kind of operation.

Now, one would have expected Andreas Michaelis to have had something to say about all this. Not a word did he utter.

Haven’t heard of him, ladies and gentlemen? Don’t feel bad. I didn’t know the name either. I wanted to know (and I’ll tell you why, presently) what the German mission in London had to say about the Bill to Enable War Crimes with Impunity (as it should be called). Andreas Michaelis is the current German Ambassador to the Court of St. James. He might be busy doing other stuff. Maybe he’s not a busybody like Teplitz or Holger Seubert, his Sri Lankan counterpart who, all of a sudden, wanted to teach Sri Lankans world history.

Seubert, representing a country that, predictably, sided with the UK in the vexatious persecution of Sri Lanka in Geneva, tweeted recently: “I‘m hearing claims that ‘a Hitler’ could be beneficial to Sri Lanka today. Let me remind those voices that Adolf Hitler was responsible for human suffering and despair beyond imagination, with millions of deaths. Definitely no role model for any politician!”

We know all that. We know also that there were countries back in the day that fought Hitler and his Germany. That’s only because for the first time in history, white people were doing to white people what white people had done to non-white people for centuries – mindless slaughter.

Seubert is correct, of course. Hitler was no angel. On the other hand, “Hitler” is a name that passes for “strong man”. Someone who was single-minded. Someone who got things done. It’s a name invoked by bhikkhus and more recently by parliamentarian Dilum Amunugama who said that those who voted for Gotabaya Rajapaksa expected him to “be a Hitler”. Indeed, the Rajapaksa, before and after assuming office, has been branded as a dictator-in-waiting. The derogatory terms used on his brother by his political opponents a decade ago were essentially refreshed and used against the President. He hasn’t been a dictator and that might have upset those who counted on such an eventuality, so they could say “I/we told you so!”

On the other hand, those other Hitlerian qualities aren’t on display either, according to Dilum at least. Perhaps Dilum should have interjected the necessary caveats. It is, after all, ridiculous to assume that anyone voted for someone expecting an outpouring of human suffering and despair beyond imagination with millions of deaths to boot.

Seubert would do well to ask people outside his circle of friends in Sri Lanka what “Hitler kenek” (a Hitler) connotes in this country.

It is unlikely he would. However, until the Geneva circus comes around, he can continue to tweet and enhance his busybody credentials. He must have some German pride, one assumes. Why play second fiddle to Teplitz and her UK counterpart, Sarah Hulton, eh?

Make no mistake. Geneva will make the headlines again. Until then, media houses will have to make do with the likes of Teplitz, Hulton, and Seubert (but not Bachelet or Michaelis)!

(The writer is the Director/CEO of the Hector Kobbekaduwa Agrarian Research and Training Institute. These are his personal views. He can be contacted at malindasenevi@gmail.com)