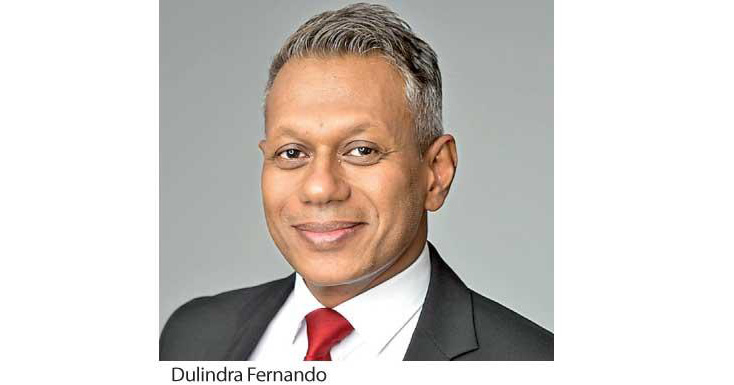 A leading asset manager yesterday questioned Moody’s untimely downgrade of Sri Lanka’s sovereign rating by two notches to Caa1 from B2, while saying it could either be an over-reaction to remedy the rating agency’s failure to downgrade the country’s sovereign rating in May, when the other two international rating agencies did, or motivated by geo-political reasons.

“With an ISB settlement due on Sunday 4th of October, 2020, and the 2021 budget due in November, which will shed light on Sri Lanka’s economic risk and recovery, the timing of the Moody’s downgrade is questionable. We are shocked by the timing of the rating downgrade,” Ceylon Asset Management Co. Ltd, Managing Director Dulindra Fernando said.

The government said it has already lined up funds to settle US$1 billion international sovereign bond (ISB) maturing on October 4, which were to be credited to the paying agent’s account on October 2.

Fernando shared that many economic analysts are questioning the basis behind the country’s rating downgrade at this juncture.

“Many analysts in Sri Lanka suspect this announcement to be an over-reaction to remedy their (Moody’s) failure to downgrade Sri Lanka in May or geo-political reasons could be behind the timing of the rating downgrade,” he said.

“It could be an overreaction to outdo the other rating agencies in terms of risk. Analysts in Sri Lanka and Singapore view that they have neglected the improvements in the country’s economy. The relative improvement in the economy hasn’t been recognised by Moody’s.

We are astounded that Moody’s downgrade just five days before the country’s US$ 1 billion ISB settlement, because most rating agencies would wait until then and with only that clarity, they would issue a rating report,” Fernando added. He pointed out that Sri Lanka’s economy has bounced back almost to pre-COVID levels with significant improvements in external sector where trade deficit has halved while gross foreign reserves have improved to US$ 7.4 billion.  “With Sri Lanka’s economy recovering with exports and remittances normalising and foreign exchange reserves improving, we can expect external risks diminishing over the coming months. It is significant in a relative global background of the US, EU and India’s GDP in decline,” he elaborated.

Meanwhile, analysts noted that the performance of Sri Lanka’s ISBs in the secondary market was not significantly impacted by the rating downgrade compared to the market reaction to the political crisis in 2018 and events unfolded in the first half of this year.

Sri Lanka’s most volatile ISBs which are maturing in 2030, were traded at a discounted price of US$ 67.50 in the secondary market yesterday morning compared to US$ 70.25 at the closing on Monday. However, the prices improved to US$ 69.625 by afternoon yesterday.

At the height of cornavairus outbreak in the country, the long term bonds traded with 40-50 percent deep discounts amid default fears.

Commenting on the impact of the rating downgrade, Fernando remarked that high yield rates are likely to restrict the country from another ISB issuance in the near future.

“With interest rates being so high, we won’t be able to issue ISBs until interest rates come down below 10 percent. We cannot think about issuing ISBs in this environment,” he added. The current yield of the ISBs maturing in 2030 has been fluctuating between 12-14 percent over past few days.  In moving forward, Fernado advised the government to focus on communication and presenting an investor-friendly budget in November.

“The government should communicate the recent developments to the international media. We need to tell our story which the foreigners don’t know. The government needs to present a budget that meets the expectations of all investors including foreigners, not the IMF. We hope that the government will introduce measures to reduce the budget deficit to acceptable levels in the upcoming budget, and I’m optimistic that they will do it, because they have already supported the economy for one year through tax cuts and other concessions,” he said.