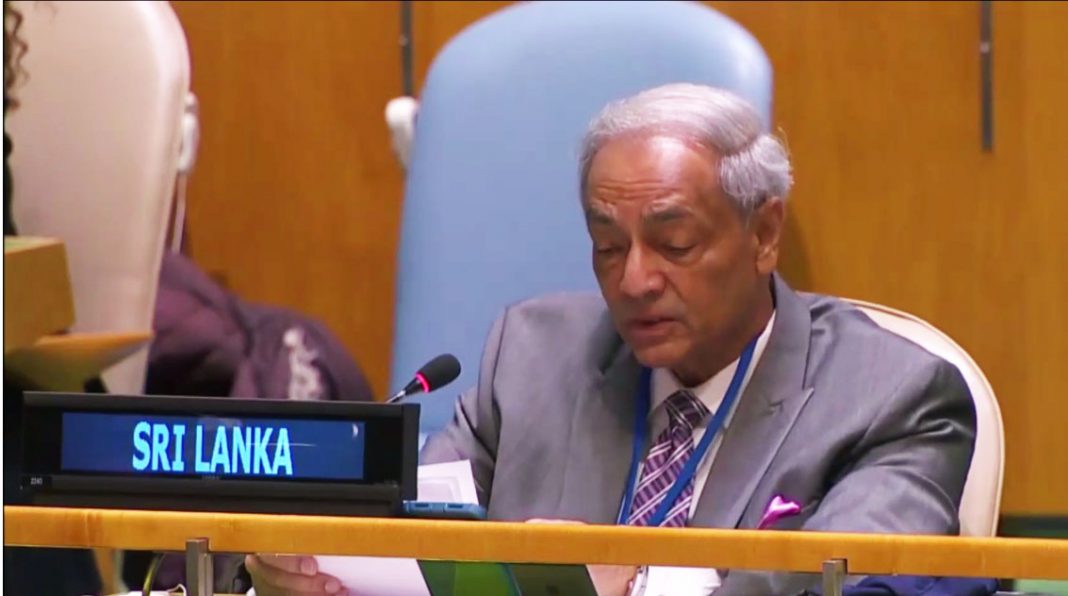 Permanent Representative of Sri Lanka to the United Nations, Mohan Peiris, said on Friday that Sri Lankan governments had done its best to negotiate a settlement with the LTTE.

Speaking during consultations on the Seventh Biennial Review of the United Nations Global Counter-Terrorism Strategy, Peiris said: “For nearly 30 years, we tried a cocktail of mechanisms from peace talks to ceasefires with the aid of our interlocutors, however the high price, to bring the group of non-state actors responsible for their extremely brutal terror tactics to the table, into the democratic fold. Regrettably all these efforts did not work. Innocent men, women and children continued to be terrorized, lost their lives and we witnessed the loss of public assets. Their distorted ideologies continued to incite hatred along ethnic lines even as I speak sitting in the comfort of jurisdictions outside. Finally, the Government had no choice but to carry out the humanitarian operation in 2009 that finally liberated the people of Sri Lanka from the clutches of that group of non-state actors.”

Mohan Peiris said that Sri Lanka had come a long way since those dark days yet there were those who found peace an inconvenient environment.

“Peace is anathema to their geopolitical aspirations which are played out through the pawns of terror namely Non State Actors. We see today that by far more sophisticated machinations terrorists have gained access to our governments, civil society organizations, private sector entities, religious organizations, the judiciary and the entire canvas of human activity,” he said.

However, Mohan Peiris said that Sri Lanka remained confident that with the resilience of the Sri Lankan people and the strong leadership of the Government supported by the United Nations, it would continue to address those challenges having due respect for the rule of law and Human Rights.