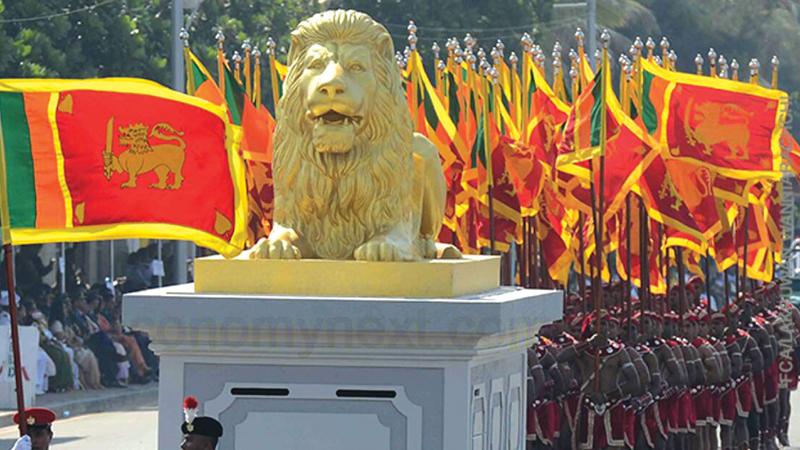 ‘’East is East West is West ‘’ by Rudyard Kipling (1889) is a famous saying who is a philosopher born in India lived and bread in India and Britain and has written extensively on Constitution making and many other issues on comparative religions, governments and philosophy.

The quotation is timely when Sri Lanka celebrates the 73rd Independence Day on February 4, despite the Covid-19 pandemic that has ruined the world over with deaths, sickness, economic downtowns and all kinds of sufferings. We are in the 10th position in the world on the corona battle with a success story due to sheer hard work and planning of our health sector officials.

In 1505, the Portuguese set foot to a maritime province of this beautiful and strategically situated Island and the British converted it to a Colony in 1815 on the agreement entered between the British Monarchy and the Kanadian leaders in Kandy, ending the rule by a Sinhala Kings of the recent history on May 2, 1815.

Smaller nations, such as Singapore are economically strong. Bhutan is the nation with the happiest people. Israel – a tiny strip of land in the Middle with no resources in the Middle East surrounding the enemies – is a world nuclear power with full of innovators, start-ups and SMEs when we, Sri Lanka, with many resources, natural and otherwise and strategically situated island on the famous traditional sea route is in trouble. It is time for us to rethink on this day to change ourselves to be innovative, modern and forward looking with world trends .

The quotation of Kipling is most relevant when we are depending on imports from outside world when the world surpasses us on leaps and bounds with their home grown innovations and hard work aiming at success and prosperity. Home grown solutions have been proved successful on development, economy and constitutional reforms in the family of nations. It seems that while the East is successful and contended in home-grown solutions, the west is contended and successful with western models headed by the UK and Europe which include the UN which is established on the Western model.

We won the war on terror, the world predicted unwinnable with the leadership of Gotabaya Rajapaksa and Mahinda Rajapaksa. We are fighting the Covid-19 pandemic successfully as the 10th most success story in the world when unfortunately other world citizens in powerful and weak countries are dying in thousands and suffering with heavy losses to their economies. Our development tracks are in line and upward, with the best of moral and hope for the future. But in this competitive world, we have a lot to achieve when smaller and nations with fewer resources are thriving with visionary leaders. Are we on the correct tract?

Are we working hard enough? Are we innovative and depending on home-grown solutions? We will be starting an international centre in Colombo aiming to be a port city and a ‘Hub’ in lines with Singapore, Dubai and Malaysia business models. The private sector in the country is stable and vibrant with an educated hardworking workforce with international links and IT know-how and practice.

It took a long time and a struggle for Sri Lanka to regain the lost independence and home-grown prosperity based on cultural values on the principles of Buddhism and other religions. The freedom struggle in Sri Lanka was no second to any other struggle in the world. The 1818 rebellion was suppressed with most cruel methods, by massacring hundreds of thousands of citizens with children and dependents, destroying food crops with animals. History shows a series of uprisings and rebellions during the rules by invaders.

Sri Lankans joined hands with Indian freedom fighters with their international power and influence in various ways until Sri Lanka gained independence presumably with the ripple effect of the great struggle of freedom movement against colonial masters. The contributions of Indian freedom fighters and the social and constitutional reforms are so hard and severe that the colonial powers could not withstand the power of the international community.

Contributions made by Dr B R Ambedkar, the architect of the Indian Constitution and a leader on the freedom movement are remembered today with the Sri Lankan freedom fighters fought hand in hand. The constitutions introduces by the British is based on the values of Christianity which is the basic feature of United Nations Charter.

The basis of the Indian Constitution was Hinduism whereas Bhutan and Sri Lankan constitutions have the flavour of Buddhist values. The British rule made attempts to educate and reform the subjects with the help of the missionaries and educationists and was successful in achieving the targets on education, religion, economy and governance mostly in African region with better avenues for expansion of ideologies, education and religion.

Due to mounting international and local pressure, the British Raj relaxed the iron rule and brought about reforms to the governance with a requirement to introduce forms of governance based on the British model.

Our economy is in the downwards trend due to the mistakes by previous regimes. The Government is compelled to perform with difficulties, such as Covid-19 and resulting consequences. Good news is that we are now proved to be adoptive working online with students who have picked the technology faster with hopes for the future. IT knowledge, practice and the application is satisfactory with the mobile penetration of 110 percent countrywide with the network of the communication centres manned by the young citizens, the use of emails, whatsapp and many modes of modern communication techniques. IT is the main tool in development and innovation. Start-Up companies and SMEs are the engines of growth.

Corruption, waste, law and order crime and laws delays are areas the State is careful and vigilant. Officers have been appointed by the Minister of Justice to fight corruption and injustice due to the breakdown of law and order.

Foreign policy is led by the President constitutionally who appoints the Ambassadors and the Minister of Foreign Affairs who manages the Foreign Ministry and the network of Embassies worldwide. Based on economic diplomacy prevalent world over, Sri Lankan Ambassadors are working round the clock with the network of Embassy staff the world over to bring business and investment to the country, maintain cordial relationships with other countries and to enhance the image of the country to help promote tourism.

Let us pledge not to make such mistakes and be vigilant and vibrant on developments for the benefit of the nation and the future generations. Let us work together to achieve real independence with successes, economically, politically and internationally to be the wonder of Asia with happy, peaceful and peace-loving world citizens in this beautiful island.

What is needed today is hard work and determination on behalf of the nation for development and prosperity of all, as Collin Powell stated ‘’A dream does not become a reality through magic, it takes sweat, determination and hard work’’. Let us work hard to achieve our dream for the nation with such potential and resources. May all be happy, prosperous and peaceful.