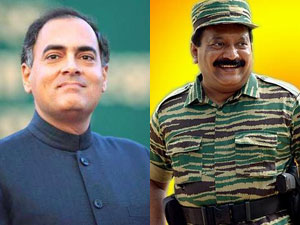 Operation Vadamarachchi that encircled Prabakaran was brought to a close by Operation Poomalai by India and Prabakaran was evacuated to India by helicopter and kept until the Indo-Lanka Accord was signed and Rajiv Gandhi returned to Delhi. By rescuing Prabakaran in May 1987 India is responsible for every killing by LTTE until finally Sri Lanka’s Armed Forces eliminated Prabakaran in May 2009 though that too served India’s/QUAD interests.

The decision was taken following a spate of attacks by the LTTE.

The 2ndphase commenced on 3 June 1987 heading to Achchuveli to capture Jaffna. This was when India sent a flotilla of ships but the Sri Lankan Navy threatened to open fire if Sri Lanka’s territorial waters were breached. India’s response was to dispatch 5 aircrafts with a threat to Sri Lanka’s envoy in Delhi.

The offensive that started on 26 May 1987 was brought to an end on 4 June 1987 because of India. India saved LTTE. India is responsible for every loss of life committed by LTTE since June 1987. Has India not prevented LTTE’s demise and capture of Prabakaran in May 1987, the conflict would not have dragged till May 2009.

According to Manoj Joshi, LTTE received about 20tonnes of explosives from RAW in June 1987.

On the 4th of June 1987, India stopped the siege of Jaffna by the Sri Lankan army.

India’s Foreign Minister rang Sri Lanka’s ambassador in Delhi just 30 minutes before 5 Indian aircrafts escorted by 4 Mirage 2000s fighter aircrafts, violated Sri Lanka’s airspace and flew over Jaffna Peninsula carrying just 25tons of food on 4 June 1987. India called the intervention a ‘mercy mission’ delivering just 25tons of food! 35 Indian & international journalists were onboard the 5 flights (7 on board each plane). It was a ‘blatant violation of sovereignty’ by India. With this invasion the Vadamarachchi Operation Liberation came to an end giving a life line to LTTE. 2 days earlier on 2 June 1987 PM Rajiv Gandhi sent a flotilla by sea which the Sri Lanka Navy sent back irking India.

The international community stood silent regarding India’s intervention. The GoSL had no choice but to abort Operation Vadamarachchi.

No friend of Sri Lanka would train armed militants and sponsor terror resulting in killing of innocent people.

Can India expect Sri Lanka to forgive India for this role?

LTTE killed Rajiv Gandhi on 21 May 1991, India banned LTTE on 14 May 1992 – why didn’t India ban LTTE for killing innocent people? All of these lives would have been saved if India did not prevent Sri Lanka from capturing Prabakaran in Vadamarachchi in May 1997.

That India banned LTTE only after its own Prime Minister was assassinated and US and Western countries began banning LTTE only after 1997, ignoring the spate of LTTE killings directly targeting unarmed civilians, should make you ask why UN or the Western human rights organizations just allowed LTTE to kill. These entities are so concerned about how LTTE was eliminated but not the least bothered about how unarmed civilians were killed by LTTE. Doesn’t this appear strange?

The question next requiring answer is why did India not save LTTE & Prabakaran in May 2009 as India did in May 1987?

To answer that it is important to note how India masterminded evacuation of Prabakaran on 21 July 1987 to Delhi and kept him in India till 2ndAugust 1987 by which time the Indo-Lanka Accord was signed on 29 July 1987 and Rajiv Gandhi returned to Delhi on 2 August 1987. India made sure India’s plans were complete without Prabakaran.

That India was only using Prabakaran to further its plan was made clear when Maj. Gen. Harkirat Singh commander of the IPKF revealed that he was ordered twice to eliminate Prabakaran in September 1987.

With the Indo-Lanka Accord signed, 13a approved and IPKF in Sri Lanka – India did not need Prabakaran anymore. India had begun to train and arm Eelam National Democratic Liberation Front. IPKF declared war on LTTE on 8 Oct 1987.

Tamil militancy was a tool of India’s design for Sri Lanka, and to justify India’s interference in Sri Lanka. It should be quite clear that even 1983 July riots must have been masterminded by India just as we must also look at the Easter Sunday attacks and phase 2 of India’s intervention. Until and unless Sri Lanka’s policy makers wake up to these ground realities and look at the devious plans of India, we will get nowhere by dishing out strategic assets to India claiming India is our friend.

By May 2009 India was part of QUAD and the Allies did not require LTTE or Prabakaran and thus the covert support to end LTTE. QUAD allies are today more than comfortable to manipulate the LTTE fronts operating from their countries.

But India, must account for every civilian killed as a result of rescuing Prabakaran in May 1987 and even the lives of the LTTE combatants who were wasted fighting an useless cause that was manipulated from Delhi.