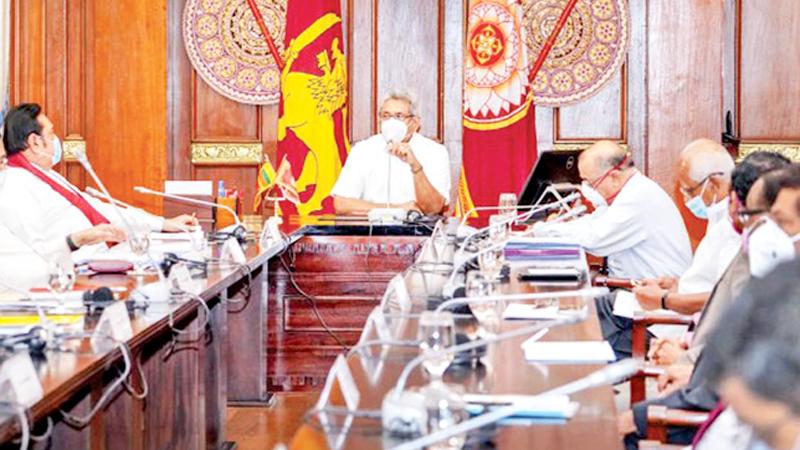 Politicians who don’t have much of a pubic base of support, generally dominate the right wing opposition in this country. It’s not as if they have never been in power. On the rare occasion, they manage to win an election too.

The rest of the time, they criticise, but there is one thing that’s significant about the advice they impart. They seem to work, with unerring regularity on the basis that the rulers should go for the ‘low hanging fruit.’

It’s typical. That’s what they did when in power — they went for the low hanging fruit. They didn’t want a vibrant economy, because that would have entailed a great deal of planning, and some risk taking, even. Instead they reckoned that they rake in the taxes by keeping a knee on the necks of people.

As far as policy goes, that’s low hanging fruit. The need for planning is eschewed, because what’s there to plan when the economy is reduced to a mere housekeeping exercise? Just rake in the shekels, look after the expenditure, and forget about it.

Good governance was thought to be their strong suit, but again, they went for the low hanging fruit without putting their minds to any transformative governance policy. They didn’t create any good governance where it was needed — in the areas of narcotics control, or keeping corruption at bay. Their good governance was in the abstruse — in the cobbled together 19th Amendment for instance, which was primarily a legislative device that was meant to take as much power as possible from the President and pass it in to the Prime Minister.

Past right wing leaders went for low hanging fruit as well — even the revered and said to be successful J R Jayewardene. If taking a hypothetical narrative is permitted, try to imagine what J R Jayewardene may have done if he was ruling in 2009 and David Milliband and others descended on him in Embilipitiya and asked him to stop the last phase of the war?

Of course he would have gone for the low hanging fruit, and stopped the war. No complications, no need to answer any questions on (trumped up) human rights violations charges — just drop the whole thing, as he did in Vadamarachchi. It’s simple. Low-hanging fruit again.

If aspiring folks went for low-hanging fruit, the fact remains that the United States would have never been formed. Why segue into referencing the US at this point, you may ask?

One reason is that the Sri Lankan right wing politics has, particularly, latterly been wedded to US policy on Sri Lanka.

The British would have gone in delegation and met the leader of the colonisers in Boston or someplace — let’s on a whim say that worthy’s name is Samaraweeralage Premadasa — and said we want you to behave like a colony.

In return, we would send you extra shipments of Ceylon Tea. You won’t need to have a Boston Tea party, you can sip tea and relax 24/7— and eat any quantity of lotus that we will also ship to you from Ceylon.” That would have been the end of the USA experiment. The U.S founding father colonists from Sri Lanka would say Amen to that, and acquiesce. Low-hanging fruit.

Everything in India may not be a honky dory at present but Premier Modi is a two term success because he didn’t go for low-hanging fruit. He wanted to instil a sense of pride about being Indian and of course he gave the Hindu majority pride of place in that endeavour.

That tapped into a patriotic vein that has been delivering for the country. It may not be liked by all, but there is no gainsaying that India has gained tremendous ground under Modi who wanted to be truly transformative, and didn’t settle for the then prevailing status quo that kept the country atrophied as a nation. Modi certainly didn’t go for the low-hanging fruit.

What’s distressing is that in their opposition politics too in the present moment, the right wing seems to be going for the lowest of the low hanging fruit.

They don’t want to build something that may look like a real political force, because it is guessed, that takes time. They have settled for muckraking over divisive issues such as the Ayurvedic Covid-19 medicinal cure.

They create drama over it and act as if it is the single most important issue since Sri Lanka gained independence, but on the long run they are doing what they were used to when they were in power, which is to go for the low-hanging fruit.

But people have shown that they reward forces that do not go for those types of slim pickings in politics that requires no effort, but just the bare minimum basic of minding housekeeping tasks. The UNP in its tenure basically did the housekeeping tasks and that too barely, because in the process they botched everything from national security, to the economy.

There will be some missteps in any government’s tenure and this one is not immune. But when the president of the United States is complaining that his country’s presidential election was worse than that of a third world country, the Sri Lankan government has a teflon quality after it was able to conduct a clean election sans any major incident, right in the middle of the pandemic.

The teflon quality is due to the fact that the image of the Government essentially seems unimpaired in spite of the stresses due to some missteps — think teflon, that doesn’t crease even when you crush it.

The Government’s teflon may not last forever, but there was no teflon during the UNP’s first year because there were major disasters from the very get-go, such as the bond scam.

Besides, they were going for the low-hanging fruit by pretending that good governance meant victimising the opposition for reasons of petty political revenge.

The current situation, which is a consequence of the world economy in crisis, has given rise to a cry in some quarters for something akin to a ‘national government.’ Again, the lowest of the low hanging fruit.

If a government is elected that’s the senior partner. The people gave them a mandate — and in the case of the current one, an enormous mandate. By no stretch of imagination would such a government have to be subordinate to a heavily defeated opposition, even if there was a national government.

Of course there isn’t one and there wouldn’t be, because the progressive government now in power never goes for low hanging fruit, even if the opposition makes a fetish out of it.