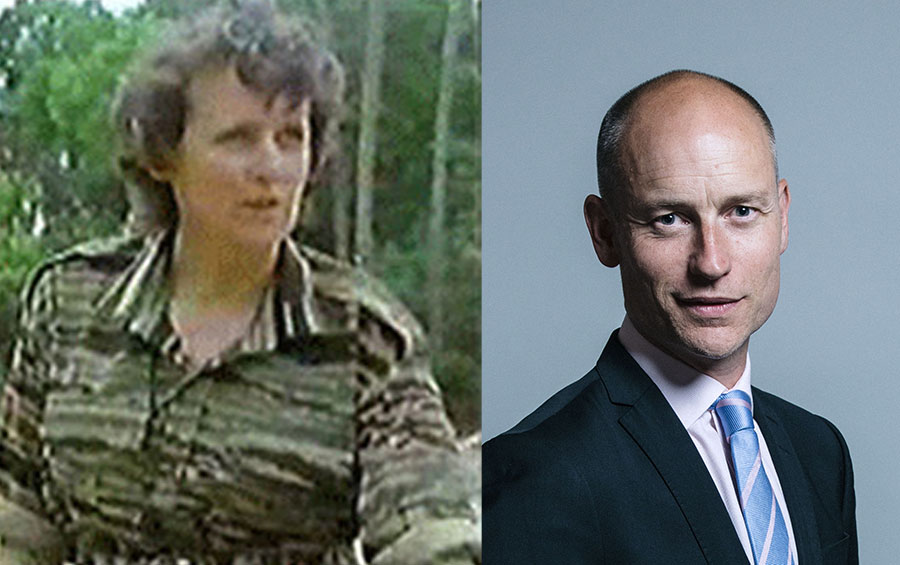 In a letter directed to UK MP and  Minister of State for Asia Nigel Adams, the London Initiative has recorded strong objections regarding his fellow Member of Parliament, Stephen Kinnock over a missive circulated in the public domain. The letter is signed by Neville Hewage (Adjunct Professor and Research Fellow International Centre for Interdisciplinary Research in Law, Laurentian University, Canada and Senior Policy Analyst, Ontario Centre for Policy Research), Jayaraj Palihawadana (Convener, London Initiative, United Kingdom).

The full text is as follows:

This is in reference to the letter dated 08 March 2021, sent by Hon. Stephen Kinnock, Member of Parliament for Aberavon and circulated in the public domain.
We observe that MP Kinnock had prejudiced on Sri Lanka as no competent judicial body had determined that Sri Lankan military forces violated International Humanitarian Law and International Human Rights Laws.

The Government of Sri Lanka (GOSL) fought against the proscribed terrorist organization Liberation Tigers of Tamil Eelam (LTTE), who occupied a portion of Sri Lanka’s territory. It is pertinent to recall that Sri Lanka was subjected to a brutal 26 years of a secessionist campaign unleashed by the LTTE, which sought to divide Sri Lanka into ethnic lines and carve out a separate state. This protracted terrorist campaign affected the entire social fabric of Sri Lanka and caused extensive destruction.

The GOSL has fulfilled its constitutional obligation to protect its citizens from acts of terror and defended territorial integrity. A humanitarian operation was deployed with the support of armed forces to defend and liberate all Sri Lankans, keeping with the constitutional guarantees.

MP Kinnock has conveniently ignored the fact that the LTTE used civilians as a human shield during the final stage of the armed conflict.

The war between the Liberation Tigers of Tamil Eelam (LTTE) and Sri Lanka’s Government is accurately classified as a non-international armed conflict. Therefore, any analysis of legal issues appurtenant to that conflict should be analyzed accordingly. Therefore, LTTE’s utilization of civilians as a human shield needs to be addressed when assessing civilian casualties. Sri Lanka’s armed forces acted in broad terms proportionately, and collateral damage must be examined under International Human Rights Law. Unfortunately, MP Kinnock has ignored all of these facts.

Also, MP Kinnock did not attempt during the last 11 years to prosecute the LTTE war criminal Adele Balasingham, currently living in the UK, who had recruited over 6000 child soldiers and used them for suicide missions in Sri Lanka.

The defeat of the LTTE Tamil terrorism ended the proliferation of unlawful activities in Sri Lanka in May 2009, ushering in peace and normalcy. It is important to note that Sri Lankan military forces rescued 290,000 Tamil civilians from LTTE clutches and used them as human shields.
The framing of unfounded allegations against Sri Lankan forces undermined MP Kinnock’s credibility and indicated his biased and prejudiced opinion.

The Government of Sri Lanka and the Sri Lankan armed forces have not warranted any action under the universal or extraterritorial jurisdiction and International Independent Investigative Mechanism. During the recent parliamentary election, Sri Lankans have unanimously rejected any foreign intervention.
Therefore, the UNHRC and the UK government shall respect the sovereign rights of the independent nation.

We request the UK government to engage with Sri Lanka to assist with the mechanism best suited for all ethnic groups with domestic legal and social framework and policies. These actions also should not affect Sri Lanka’s social harmony.

In light of the high level of interest in this matter, we shall be putting this letter into the public domain.