Light at the end of the tunnel as lockdown ends 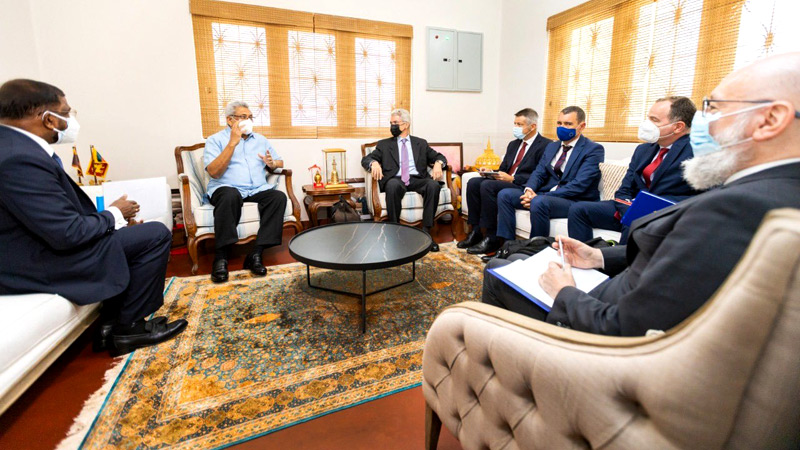 After almost two months of being in a state of ‘lockdown’, Sri Lanka last week emerged from these restrictions and the first indications are that life is slowly returning to a state of near normality, as much as can be expected during a pandemic which has caused significant death (five million) and disease around the world.

The easing of restrictions came amidst confirmation from health experts that the daily number of Coronavirus infections and deaths continues to decline rapidly. The death toll on Monday was down to 40, when only a few weeks ago, the country was averaging over 200 deaths due to the virus every day.

The foundation on which the re-opening of the country to a ‘business as usual’ mode rests is the highly successful vaccination drive. At the beginning of this week, about 66 per cent of the eligible population had at least one dose of the vaccine and 54 per cent has had both doses, reports said.

As the majority of the adult population becomes vaccinated, the Government is now shifting its focus on vaccinating schoolchildren aged 12 years and over. The Pfizer vaccine has been safely used in this age group in many other countries and no major concerns have been reported thereafter apart from a faster heartbeat in some recipients.

Already, the Government has commenced administering the Pfizer vaccine to children suffering from chronic illnesses under the supervision of specialist doctors at designated hospitals islandwide. This has proceeded successfully so far, without any reports of side effects or complications, doctors said.

The next step of vaccinating children is likely to be extending the rollout to healthy children aged between 15 and 19 years, officials said. A final decision on this matter will be taken by President Gotabaya Rajapaksa after consulting health experts, COVID-19 Task Force head General Shavendra Silva said.

However, contrary to popular belief, authorities have dismissed speculation that re-opening of schools will be linked to the vaccine rollout among schoolchildren. Officials note that these are separate processes and the relaxation of restrictions in the country will allow for the re-opening of schools.

“There are several factors to be taken into account when re-opening schools such as the number of COVID infections in the country, facilities in schools and how exams that were delayed are to be held when schools re-open,” Deputy Director-General of Health Services Dr. Hemantha Herath said.

Vaccination of school age children aged 12 years and older will be decided separately as per available scientific data and the recommendations forwarded by health experts, Dr. Herath said. There is consensus among the experts that vaccination need not be linked to the re-opening of schools, he said.

This is in keeping with studies in other countries from around the world where schools have already reopened which have shown that, with adequate mitigation strategies, schools pose low risks for disease transmission among students, staff and communities when the population is highly vaccinated.

Education Minister Dinesh Gunawardena said the Government is hopeful of opening primary schools in October. The schools will be reopened gradually according to health guidelines and after assuring the safety of children through disinfection processes in the school premises, he said.

While these changes signal a growing trend towards the gradual normalisation of all activities in the country, authorities are also keen to ensure infections do not see a sudden surge when the country re-opens. This has been a phenomenon noticed in some countries which have restored normal activities.

According to these new guidelines, inter-provincial travel restrictions are to continue with exemptions for essential activities while all non-essential travel is not permitted from 10 p.m. to 4 a.m. Trains will not be operated; however, buses will be in operation within each province only, officials said. This has however proved tricky for some short routes that weave in and out of neighbouring provinces.

There are a series of measures that will be enforced in public transport as officials identify this as a possible source for the spread of the pandemic. Public and shared transport should preferably be non-air-conditioned and windows should be open. Only seated passengers are allowed in public transport.

Similar restrictions will govern work in offices. All offices should reduce the number of employees coming to work at a given time and where possible adopt Work From Home (WFH) strategies. The minimum number of employees needed in the office is to be determined by the head of the institution, health officials said.

All public gatherings and parties are not allowed until further notice in this initial phase of returning to normality. No collective activities or gatherings are permitted at religious places of worship while cinemas and theatres will remain closed at present due to the potential risk posed by these events and venues.

However, health authorities have decided on new regulations for important life events such as weddings and funerals. Funerals (non-COVID) should be held within 24 hours of releasing the body with 10 and 15 persons allowed to attend at a given time under the first and second phases respectively. The present regulations will continue for COVID funerals.

During the registration of a marriage, a maximum of 10 participants including the bride and groom can attend during the first phase while under the second phase, weddings can be held with a maximum of 25 per cent of the usual venue capacity but not exceeding 50 persons with no liquor to be served at the event, officials said.

It is clear that the Government has embarked on a clear and well-thought out plan to restore normality to the country, learning from the difficult experiences of the past 18 months. This attempt comes as the nation also grapples with the considerable economic burden of the global pandemic.

In an indication that economic issues were a priority for the Government, President Gotabaya Rajapaksa this week met a delegation from the European Union (EU) which is reviewing Sri Lanka’s compliance with the agreements to which it has committed to adhere to under the Generalised System of Preferences (GSP) Plus scheme.

Responding to concerns about the Prevention of Terrorism Act (PTA), the President assured that several committees have been appointed to study the issue. Steps will be taken to amend the provisions of the PTA as recommended by these committees, President Rajapaksa told the EU delegation.

The President also highlighted the impact of the pandemic on the economy and the obstacles that the Government faced in fulfilling its pledges. The President explained the steps taken by the Government despite this, to address many of the problems caused by the protracted war in the North and the East.

In these talks, the President also noted that at the United Nations General Assembly (UNGA), he had stressed the need for the Tamil political parties, members of the Tamil Diaspora and all expatriates to work together to resolve the nation’s internal problems and progress towards economic prosperity.

In an unrelated but politically sensitive development, law enforcement authorities this week charged several accused in connection with the 2019 April Easter bombings. This has been a controversial issue for some time and led to the establishment of several commissions and committees of inquiry.

A Presidential Commission of Inquiry appointed by former President Maithripala Sirisena ironically found him guilty of ‘criminal liability’ in respect of the attacks and recommended that instituting criminal proceedings against him ‘under any suitable provision in the Penal Code’ be considered.

That was however in respect of the then President’s perceived inaction on intelligence related issues. Although not recommending action against former Prime Minister Ranil Wickremesinghe, the Commission also noted that his “lax approach towards Islamic extremism” contributed to the attacks.

Twenty-five suspects, accused of the terrorist attacks on three Churches and three hotels on Easter Sunday in April 2019 were charged before a Special Trial-at-Bar on Monday. Twenty-four were served with indictments. One suspect has been infected with COVID-19 and did not attend Court.

The Attorney General had charged the 25 accused on 23,270 charges over the killing of 269 civilians. The accused were charged under the PTA for conspiring to murder, aiding and abetting, collecting arms and ammunition and attempted murder. The trial will attract more attention in the months to come, when daily hearings begin in November this year.

Deputy Solicitor General Haripriya Jayasundera appearing for the prosecution told court that the Police are conducting impartial investigations and the Government had already obtained foreign assistance from countries such as the United States and Australia to conduct forensic investigations.

The three judges at the Trial-at-Bar appointed by the Chief Justice, Justices Damith Totawatte, Amal Ranaraja and N. Marasinghe postponed further inquiries until November 23 and ordered the prosecution to provide translations of the plaints to the accused in the languages (Tamil and English) they request. Many of the suspects also sought the services of Tamil speaking lawyers to represent them in Court.

Recently, the Archbishop of Colombo Cardinal Malcolm Ranjith has been vocal in his calls for justice for the victims of the Easter Sunday bomb blasts. The collective Opposition has also been renewing demands for the Government to act swiftly against the accused and mete out justice for the victims and their families. Legal action in the form of a non-stop trial can address these concerns.