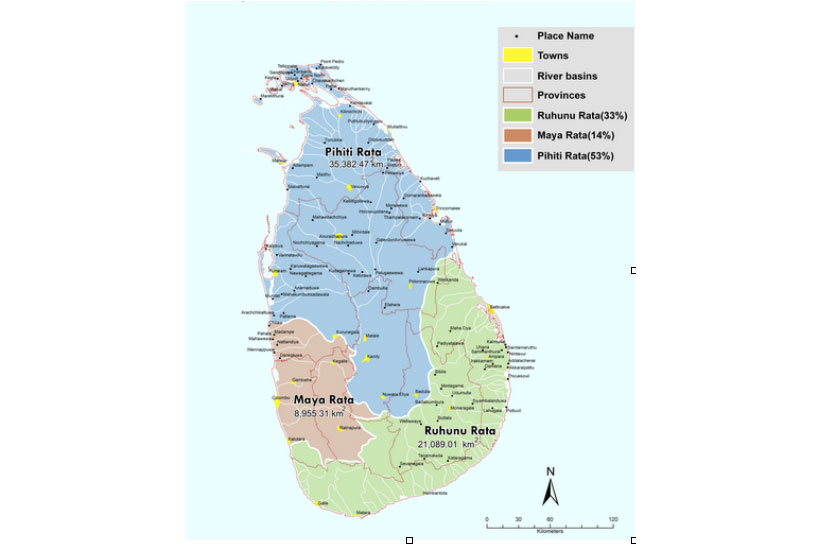 India wants the 13th. Fine. If it is believed that repealing the 13th is out of order, then we could keep it but under a different provincial map

The LLRC recommended devolution but interjected the important caveat, ‘agreeable to all communities,’ a caveat which those who gaily quote this element of the LLRC report happily leave out

The number 13 is thought by some to be unlucky. Some even believe it is associated with evil. The number 13 is associated with Sri Lankan politics and some may say ‘entrenched’ in it or even use the word ‘inextricable.’ We’ve had the 13th Amendment and seven more thereafter but ‘stuck with it’ still applies. Nothing lasts forever and one day we will move on. Not yet, obviously. Not in the foreseeable future? Well, who can tell?

Were we unlucky? For some, the ‘13th’ was a stroke of luck. I can think of two categories of people; those invested in the notion of Indian hegemony in the region and those Eelamists who subscribe to the Chelvanayakam Formula (a little now, more later).  Speculation on luck is fun, but there’s no need to do that. The 13th was and is something to be lamented for multiple reasons.

First, it cast the Indian footprint on Sri Lankan politics in cement (deliberately put in these terms for those who whine about the ‘Chinese Footprint,’ who, not coincidentally have no eyes to see the British Footprint or the US Footprint or, if they could see, ignore or even celebrate the servility that is embedded in the positions they take).  For Rajiv Gandhi it was about ‘Bhutanizing Sri Lanka.’

Secondly, it gave the LTTE a new lease of life and postponed the war-end by 22 years during which tens of thousands perished, thousands were disabled and suspended development indefinitely. Thirdly, it gave credence to Eelamist demarcation, which is nothing more and nothing less than a superimposition of a map inspired land-theft designs on a map made of arbitrary lines drawn by the British for administrative convenience in 1889. Fourth, it created a white elephant.

Monies allocated were not even spent by an Eelamist-dominated Northern Provincial Council. Provincial Councils have been dissolved and even years after this happened we are yet to see the most ardent advocates of devolution shedding tears over the fact. In short, the 13th Amendment was a ‘solution’ for a non-existent or at least mis-formulated problem. In short, it was not sought but imposed. In short, it should go. That may happen, but, as R. Sampanthan pointed out during a budget debate almost a decade ago, repealing the 13th Amendment ‘could cause grave and irreparable damage to the country’s future’ — well, not because it would put the Eelamists on the back foot, but, as pointed out by those who use and abuse the notions of geopolitics, since it could upset ‘big brother’. Yes, the Ugly Indian (which implies there are beautiful Indians too, though most of them are not in decision-making positions in Delhi).

Sampanthan, in the same speech said, ‘the 13th is the only constitutional provision that recognizes diversity’.  The truth however is that quite apart from the fact that the 13th legitimates the work of a frivolous map-maker later used by Eelamist myth-mongers for their own purposes, Sampanthan forgot (as many others have and do) that communities are not held by maps and frequently fall out of provincial boundaries.  The recognition of difference, as in the existence of different communities and people with different religious faiths, finds more than adequate mention in the constitution.  The only major differentiation that the constitution is silent on is that of class.

Re-demarcation makes sense given that a) the current boundaries were arbitrarily drawn, and b) typically boundaries are obtained from geological formations (rivers, mountains, canyons etc) or ethnic enclaves (note: almost 50% of Tamils live outside the Northern and Eastern Provinces). Redrawing boundaries is logical but this does not mean ‘power-devolution’ is. They are two distinct issues. Decentralization of administration makes sense though. The first step, then, is re-demarcation.

India, obviously, will be upset by a total abandonment of the 13th Amendment. One could argue, ‘considering that we are damned if we do it and damned if we don’t, let’s just get rid of it’ (for reasons enumerated above). Easier said than done, of course. It would take a strong leadership that trusts (more than is trusted) by the people. Such things are hard to gauge and politicians tend to give exaggerated value to certain factors (external threats, for example).

India wants the 13th. Fine. If it is believed that repealing the 13th is out of order, then we could keep it but under a different provincial map. We would have to live with that silly reality of devolution, but perhaps that’s a price we will have to continue to pay. For a while, at least.

The question is, ‘how would you re-demarcate’? If one were to go about it in a scientific manner. Sampanthan, back then, flagged ‘efficiency in resource allocation.’ There are palpable and stark differences in the ‘resource complement’ across the provinces. The Western Province, for example, contributes a massive slice to the country’s GDP. If ‘devolution’ is driven to its logical conclusion, the WP could determine that what it earns should not be spent on other provinces. This is not something that anyone outside the WP would cheer. We cannot have equity in this manner; however, we can make things less unequal. For this we would have to reduce the number of provinces.

As pointed out in an article titled ‘If 19 is to equal 13+,’ logic and science as opposed to political expediency and untenable ethnic ‘enclaving’ should guide the cartographer. This is where we need to take seriously the formulation proposed by Prof. C M Madduma Bandara which recommends a return to the Ruhunu, Maya and Pihiti boundaries. The comment on Sampanthan’s speech included the following:

‘What would result is ‘horizontal democratization’ as some have put it, provided of course that the devolved complement of powers exceed what is contained in the 13th.  Provided, also, that the power of the citizen to participate in decision-making is enhanced in the process.  For example, devolving the power to exercise strong-arm tactics and be dismissive of manifesto post-election from center to province won’t make things easier for anyone but the politicians.’ This is what the 13th did. Horizontalizing thuggery and theft, if you will.

That was considered necessary but not sufficient. Therefore, the following observation:
‘The trick then would be to follow such re-demarcation as per a 13+ formula with vertical democratization which includes measure to correct current institutional flaws, ensure greater transparency and obtain greater degrees of accountability.  Ideally, the two processes, vertical and horizontal, can be sought through a single amendment or better still a new, that is a third, republican constitution, but this may not be the proper time. Insistence on a double-push might kill both.’

What the latter seeks to address is not something that came with the 13th Amendment but was embedded in the 1978 Constitution. Therefore, constitutional amendment that does both of the above would not just be 13+ but 13++.

A final note: It was Mahinda Rajapaksa who gave life to the ’13 Plus’ notion in a careless moment, unintentionally arming thereby the pro-Eelam devolutionists. The LLRC recommended devolution but interjected the important caveat, ‘agreeable to all communities,’ a caveat which those who gaily quote this element of the LLRC report happily leave out. Well, let’s go for 13 plus. A different ‘plus’ and one that makes sense. If we get there, some will say ‘lucky’ and some will say ‘damn it,’ but at least, reason would have prevailed over emotion.