Let’s call the bluff of India and the Indophiles 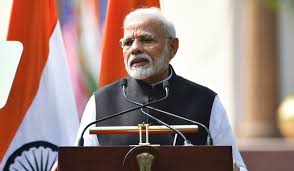 A few years ago, the Indian Minister of Home Affairs Amit Shah, who also served as the President of the Bharatiya Janatha Party (BJP) from 2014 to 2020 in a conversation over the party’s victories in several states is reported to have quipped ‘Nepal and Sri Lanka are still left.’ Tripura Chief Minister Biplab Deb, who recalled the conversation, interpreted Shah’s comments as indicative of the party’s plans to have BJP governments in Sri Lanka and Nepal.

People can have aspirations. If it’s about ideology and its spread, then the BJP’s ‘plans’ are no different from the Communists, Catholics, the Jihadists and of course the Capitalists and the nations and blocs that lead or promote these ideologies. Also, we have had such governments all over the world. They are called lackeys, creatures, pawns, vassals and client states. Shah could have been speaking in jest. Let’s go with that and leave it there.

On the other hand, India’s operations with respect to Sri Lanka are ridden with words and deeds that do not call for laughter. Shah has said it, albeit in lighter vein. Others didn’t say it but let the actions speak. Well, Shah was not the first; Rajiv Gandhi let slip that the Indo-Lanka Accord was ‘the beginning of the Bhutanization of Sri Lanka.’ Careless words, but then again, they are mere echoes of acts that come shouting.

The talk today is about the East Container Terminal (ECT). It comes with grave faces, words of disappointments and a lot of lobbying: the High Commissioner met Sri Lanka’s Foreign Minister just the other day and the Indian press has all but cried ‘foul!’ Anyway, although we can talk of the condescension embedded in big-brother rhetoric, the deliberate attempts to destabilize Sri Lanka by funding, arming and training terrorists, dhal-drops followed by imposing India-friendly legislation and such, let’s just focus on the ECT.

First the background. We are told about the balance of power in the region and that’s not just about India. It’s about China, Chinese footprints and the Belt and Road Initiative. It’s also about the QUAD, made of India, USA, Japan and Australian, as counterpoint to China. It’s about Sri Lanka’s ties with India and with China. It’s about perceived preference for China (over India), not surprising given a) China has the bucks and b) China, unlike India (or the USA for that matter) don’t mix business with politics (meaning, ‘friendship’ is not tied to constitutional tinkering and/or pandering to separatist land-grabbers).

There’s more to ‘context’ and that’s all about business. India’s business interest in transshipment. Now India has expended much effort to create hub ports which, obviously, will be competing with Colombo: Colachel International Seaport (Enayam Port) as well as Vizhinjam Transshipment Port and Vallarpadam Transshipment Port in Kerala. Adverse climatic conditions mean that there can be no ‘all weather ports’ anywhere along India’s West Coast. The East Coast, given the geographical realities is not even worth considering. In other words, it would be lovely for India to have some form of Amit Shah formula, i.e. control of transshipment business in the region via a stake in the Colombo Port.

November 4, 2015: India sought the participation of Indian companies in the Expression of Interest (EOI) for the East Terminal. June 6, 2016: Public announcement for EOI (operators of Colombo’s existing container terminals were not excluded from the bidding process). July 21, 2016 was the specified closing date to the bids. July 29, 2016, as addendum to the EOI was issued, with August 31, 2016 set as the new closing date. The additional criteria included the following wording: ‘weightage will be given to a consortium which includes a strategic investor from the region (read, ‘India’). September 6, 2016: a further addendum was issued extending the closing date to September 20, 2016 without any reasons being offered.

Several bids from various consortia were received. Then, the Cabinet Committee on Economic Management (CCEM) directed the ministerial committee to a) rule out any government entities from the tender, b) disallow regional competitors already engaged in the Colombo Port, c) require the main company of any consortium to have experience in terminal operations and the secondary firm in port management. The seven applicants were thus disqualified by the CCEM headed by then Prime Minister Ranil Wickremesinghe and consisting of Ravi Karunanayake, Malik Samarawickrema, Nimal Siripala De Silva, Rauff Hakeem, Anura Priyadarshana Yapa, Champika Ranawaka, Kabir Hashim and Arjuna Ranatunga. Ranatunga, the then Port Minister canceled the tender in December 2016.

In March 2017, three Indian companies submitted bids for a 20% stake in developing the ECT. On  April 25, 2017, Wickremesinghe visited India and Samarawickrema signed an MoU with External Affairs Minister Sushma Swaraj for 17 projects. These included a liquefied natural gas fired power plant in Kerawalapitiya, a solar power plant in Sampur, development of the Trincomalee oil tanks, road and railway development, port development and a petroleum refinery in Trincomalee, Colombo Port development and numerous projects in the agriculture sector. So, there was ‘understanding,’ yes. What concerns us here is the ECt.

So, we had a lengthy process. Dust was thrown in the eyes and when it settled down, India was shining, so to speak. However, in May 2017, President Sirisena appointed a new Port Minister, Mahinda Samarasinghe and on August 7, 2017, Sirisena announced that the ECT will be run by the Port Authority (‘We are committed not to hand over the Eastern Terminal to any party because it would lead to closing down the Port Authority in another 10 years.’).

Things got worse. On March 21, 2018, the president abolished the CCEM. However, in May 28, 2019, just a month after the Easter Sunday attacks, the then subject minister Sagala Ratnayake signed an MoU with India and Japan to jointly develop the ECT.

India is not batting on a good transshipment wicket then. India essentially tried its hand at pitch-doctoring and tried to fix the match by getting bowlers to deliver full tosses or just be wayward. India even had the umpires on her side.

Today we have people talking about most transshipment business is with India and, strangely, that this means we need to give India control of the ECT. Trade is good. It involves two parties. There has to be a reason for India to do transshipment business with Sri Lanka. Offering the other party the business-generating asset, essentially, does not make good business sense. And, as pointed out earlier, India doesn’t have much by way of alternatives. Not right now anyway.

India can fume and say ‘keep your port — we’ll build three!’ Words are cheap. It is not easy to build anything. Sometimes you can do the building but it’s not the best location and its costs to create the conditions to facilitate the business operations envisaged. Even if these issues are sorted, maintaining things is not easy. There are social, economic and even logistical factors that make a veritable Great Wall of China that keeps India’s aspirations at bay.

The author is the Director/CEO of the Hector Kobbekaduwa Agrarian Research and Training Institute (HARTI). These are his personal views.